Listed on the National Register of Historic Places as an educational resource and an example of late Neoclassical architecture, the Tennessee State Library and Archives was designed by H. Clinton Parrent and completed in 1953. Dedicated to Tennessee's World War II veterans, the building holds state documents, maps, newspapers, books, photographs, genealogical documents, and spaces for exhibits, programs, research, and educational outreach. 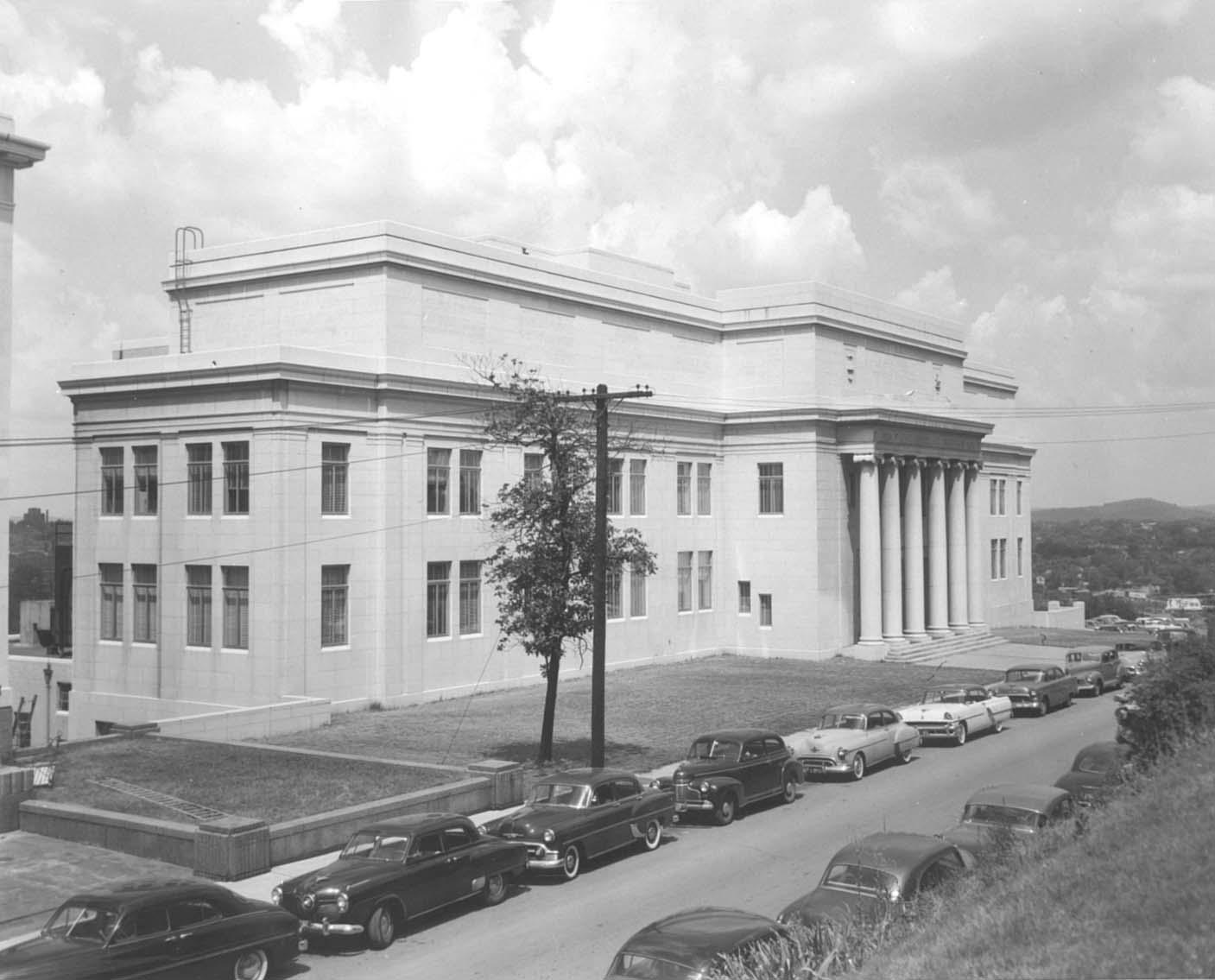 Interior of the Tennessee State Library & Archives, 1953 (from official website) 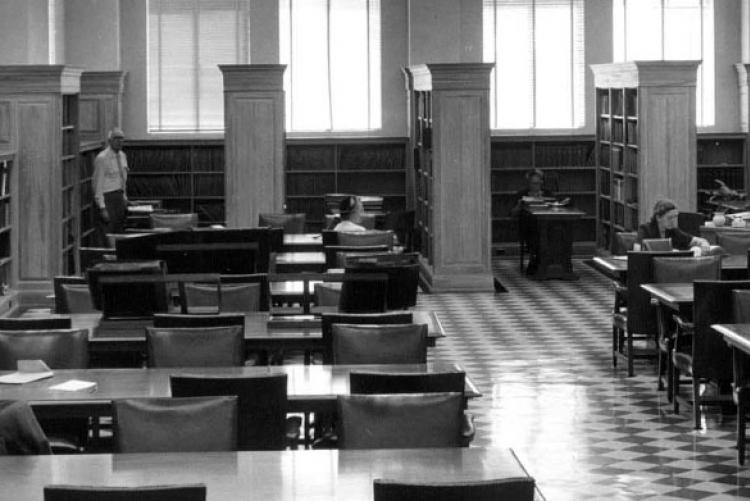 History of the State Library & Archives

Housed in the State Capitol Building beginning in 1854, Tennessee's collection of books and records quickly outgrew its original space. The collections were split up and housed in adjoining buildings and the Capitol Building attic and basement until around 1890, leading to damage from moisture, debris, and rodent activity. One janitor even burned several carts of materials because of the smell they gave off as they rotted. When the U.S. Government, in 1893, requested a set of eighty-five trunks full of records left in Nashville during the Civil War, improving the condition of the State Library and its holdings became a priority. Capitol superintendent Robert Thomas Quarles, under Governors Peter Turney, Benton McMillan, and James B. Frazier, spent the rest of his life working to preserve the State Library and Archives, rescuing eight million documents by the time he died in 1914.

After Quarles found quantities of Tennessee money amid the archives, the latter governor had the records moved to the armory, but state funding was insufficient to prevent further neglect and damage to the records by the turn of the century. In 1904, a Department of Archives was established under Quarles' leadership, and rescued significant documents including the 1796 and 1834 State Constitutions, as well as the official boundary map between North Carolina and Tennessee, allowing the state to collect substantial back taxes from its neighbor. The first State Librarian and Archivist, John Trotwood Moore, was appointed five years after Quarles' death, in 1919 (his wife, Mary Daniel Moore, succeeded him in the position). Moore, too, served until his death ten years later. Moore was the first to expand the library's special collections, including the addition of records from the Creek, Mexican, and Civil Wars, and World War I, as well as the Tennessee Historical Society collections. The archives continued to be shuffled from one home to another--from the armory back to the Capitol attic and basement during Quarles' latter years, with expansion into the Memorial Building by 1924.

Mary Daniel Moore joined in the Historical Records Survey, part of Franklin Delano Roosevelt's Works Progress Administration, to expand the State Archives in the areas of cemetery records, family bibles, and book holdings. Her tenure also brought about the cataloging of a quarter million records by the time she retired in 1949, and she was vital to the creation of a dedicated building for the State Library and Archives. Though construction was delayed by the outbreak of the Second World War, Governor Cooper remained dedicated to the effort, and Moore led a public campaign in cooperation with Tennessee women's organizations including the Tennessee Farm Bureau Women's Auxiliary, the Tennessee branches of the Daughters of the American Revolution and the United Daughters of the Confederacy, and the Tennessee Woman's Press and Authors Club, to raise support for the building. A 1947 House bill approved the funding for its construction, as well as the dedication of the State Library and Archives as a memorial to veterans of World War II.

Designed by local architect H. Clinton Parrent, Jr. with the input of State Librarian Dr. Robison, the Tennessee State Library and Archives construction began in 1951. The building was formally dedicated in June of 1953.