It is believed that Sequoyah was born between 1770 and 1776 in the village of Tuskegee. No one knows who Sequoyah's father was, but some believe that he was Nathaniel Gist, a fur trader from Virginia. Facts concerning his mother are also skewed, it is believed that his mother was either the daughter or niece of a Cherokee Chief in the Red Paint Clan, her name was Wut-teh. Sequoyah did not have any sibling and was raised solely by his mother. While growing up Sequoyah never learnt English, him and his mother only spoke in Cherokee. When Sequoyah was a child he was very intelligent and was able to work well with his hands. As he got older he picked up the trade of silversmithing producing items with silver coins that trappers and traders had with them. After his mother's death it is believed that Sequoyah took over her trading business. He started drinking alcohol and soon let the majority of his farm and the business crumble in order to stay drunk. Once he realized that he was wasting the majority of his life he began to draw and started to work as a blacksmith. Sequoyah was able to establish a self-run business by repairing items and selling the ones that he had created. Many people purchased the bridle bits and spurs because he decorated them using silver. During the War of 1812, Sequoyah along with other Cherokee Indians enlisted in the United States army in order to fight the British alongside General Andrew Jackson. Prior to enlisting Sequoyah had moved to the state of Alabama. The daughter of a Cherokee Chief, Wut-teh, was his mother. During the War of 1812 Sequoyah and other Cherokee Indians enlisted to fight alongside General Andrew Jackson. Sequoyah was impressed by the written aspect of the English language often referring to their correspondence as “talking leaves.” He realized that this was a way in which people with a great amount of distance between them could communicate. The Cherokee nation believed that writing was a form of sorcery; however he did not follow these explanations. By the year 1809 Sequoyah began working on a system of writing for the Cherokee language. The first year he spent working on creating a character for each word in the language. This original copy is believed to have been burnt by his wife. After a few failed attempts Sequoyah created a system of eighty six characters, some of which were Latin letters that he had seen in a book. Sequoyah's language was accepted by the Cherokee Nation in 1825. He moved to a spot outside of present day Sallisaw, Oklahoma were he built Sequoyah's cabin. This cabin was his home for the rest of his life. 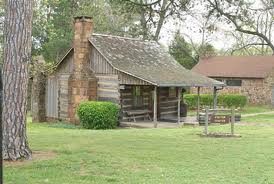 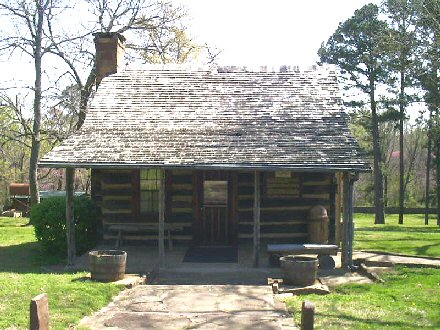