Built in 1941, this famous home once was the living grounds of the famous inventor Thomas Edison.This historic home is the birthplace of Edison and where he grew up as a young child. Although transferred through hands over the years it was re-purchased by Edison himself in 1906. After Edison's death, his family members turned the historic home into a museum to honor his legacy. It was added to the list of National Historic Places in 1966. 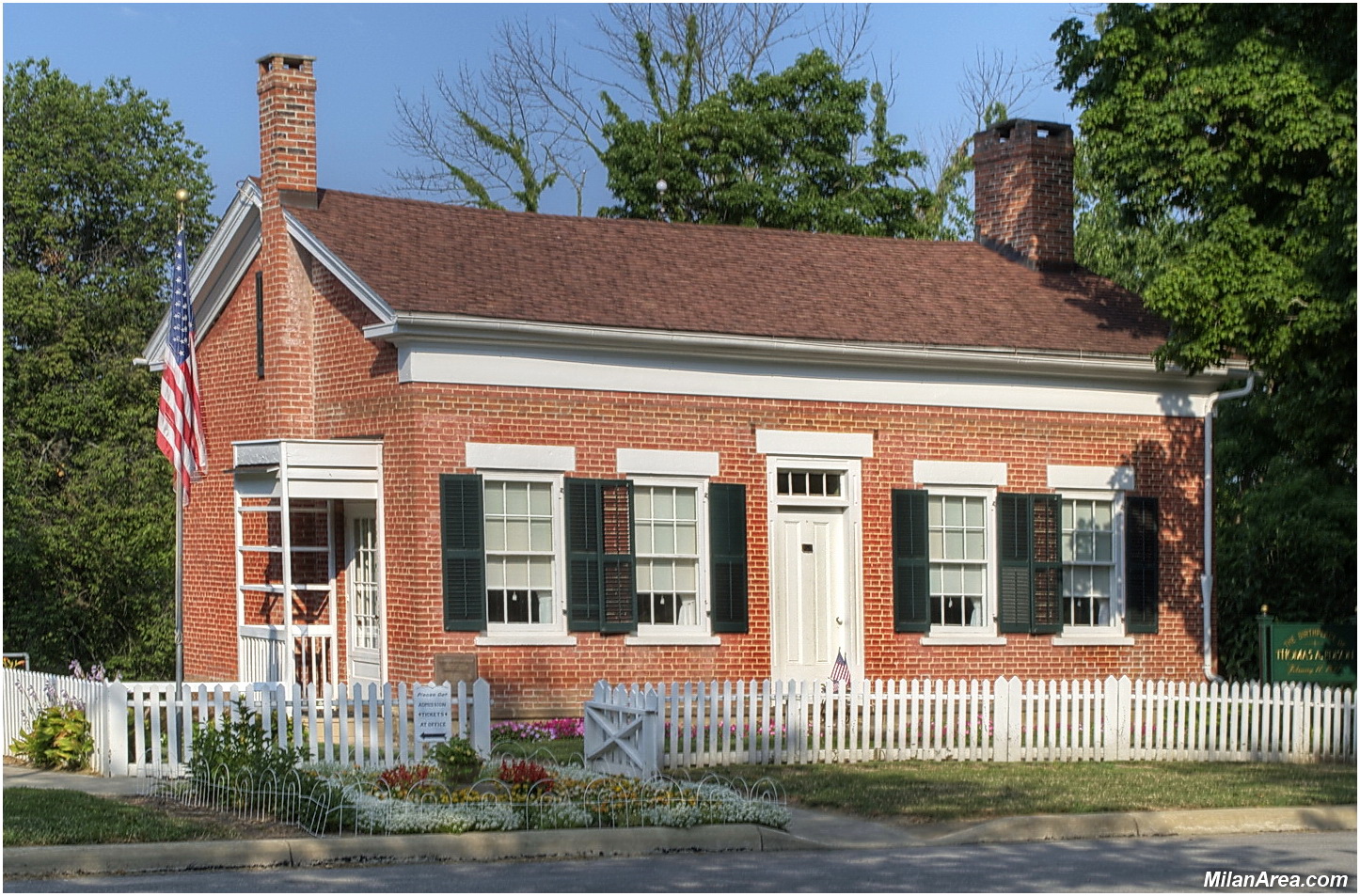 Side of home and backyard 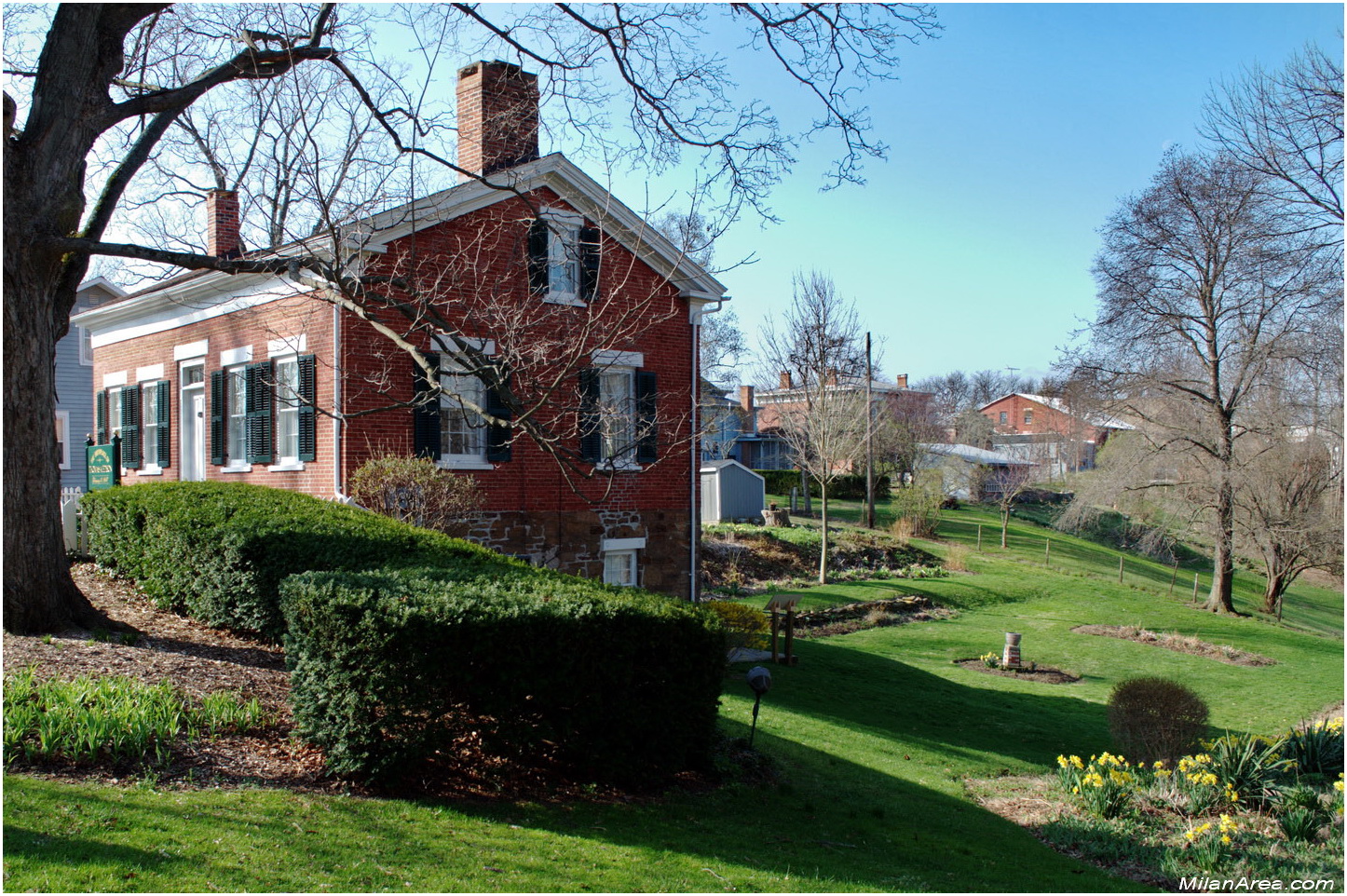 The historic Thomas A. Edison Birthplace is one and a half stories high and made completely out of brick. Construction of the house started in the year of 1841 after the land was bought by Nancy Elliot Edison. The home was built and designed by Edison's father, Samuel. The house is on the corner of the street and surrounded by a white picket fence. There are four windows in the front of the house adorned by shutters. Thomas Alva Edison was born inside a few years after the house was built on February 11, 1847.

As the year went on the family grew and the Edison's would sell the house in the year of 1854. For the next forty years the house was not under the ownership of any member of the Edison family. It wasn't until the year of 1894 the Edison's would regain ownership of the home. Edison's sister, Marion Edison Page, bought the house and added in new additions including extra rooms, a bathroom, and new appliances. Marion would later give the home to her brother Thomas in the year 1906. Thomas would occasionally continue to visit the home until his death in 1931.

After his death, his wife decided it was in the best interest to open up the historic home to the public. She wanted to persevere it as a memorial for people to remember the great inventor. In 1947, on Edison's birthday the museum and home were opened to the public.The rooms of the home contain furniture from the original home and artifacts of Edison. The house has been restored, and the museum members are many of Thomas Edison's direct family members. The museum is run by a non-profit organization and was added to the list of national historic places in 1966.