The Rau-Strong house was built by stonecutter and contractor Adam Rau between 1884-1886. It is Second Empire Italianate style. Rau quarried the limestone for the house, and the walls are 2-feet thick. It was added to the National Register of Historic Places in 1975.

The Rau-Strong House, located on St. Paul's west side, is on the National Register of Historic Places. 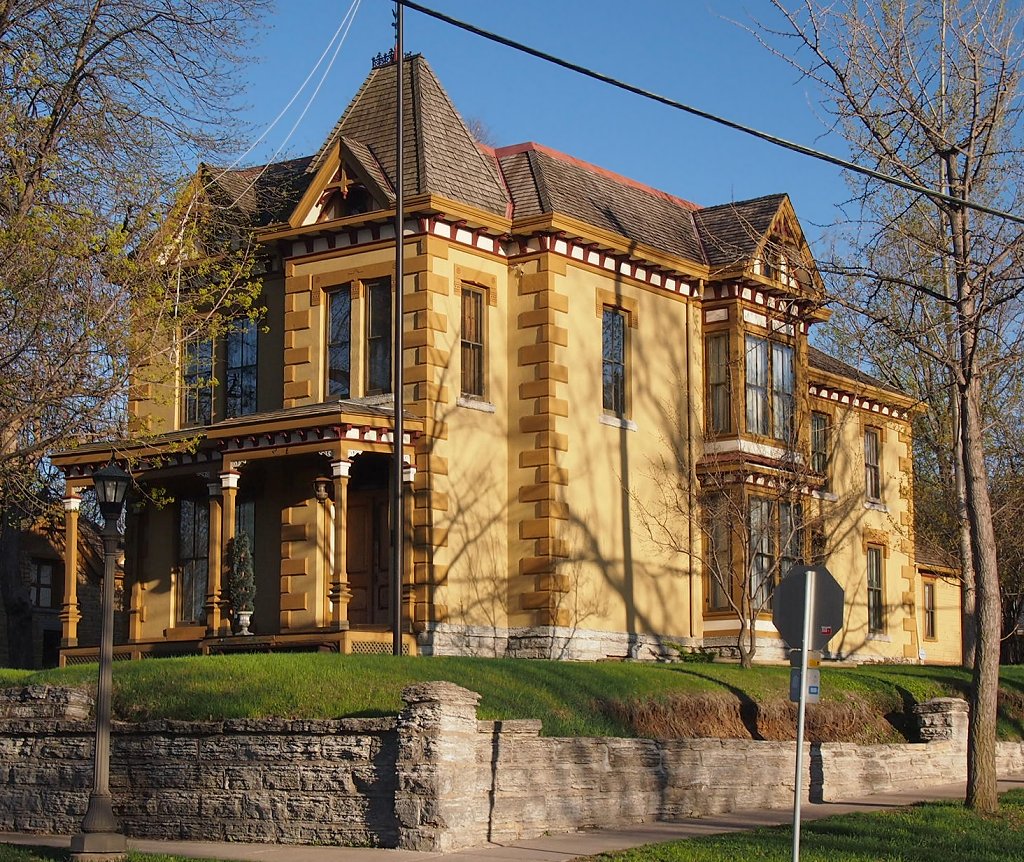 Rau’s daughter, Elizabeth, married Ossian Strong in 1885 and the place eventually became theirs. She died at age 33 and left Strong with three young daughters. Strong lived in the home with his daughters, mother-in-law and parents. He died at age 72 in 1922. The home stayed in the family until 1986.