Constructed in 1924, this former vaudeville theater has been preserved and restored after years of being vacant. The historic theater saw the transition from silent films to modern Hollywood blockbusters as was also the center of Clinton's entertainment and social scene for fifty years. While some historic theaters were demolished, the Strand was saved from the wrecking ball thanks to local preservationists and now offers dinner and drinks to audiences who can once again enjoy the latest movies in this historic theater.

The Strand operated from 1924 to the operated until the late-1970’s and is once again showing first-run movies. 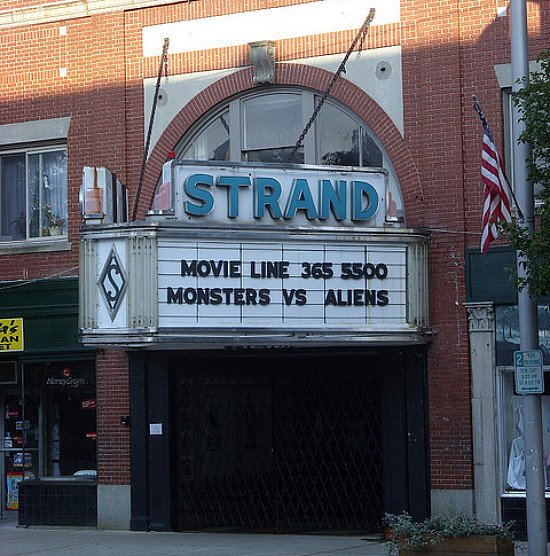 Like many downtown movie theaters, the Strand closed its doors in the 1970s. Preservationists restored the Strand to match many aspects of its historic appearance while also offering a new twist like in-seat dining made popular by new moviehouse chains like the Alamo Draft House. Preservationists saved and restored the theater's marquee which once again advertises the latest Hollywood movies.