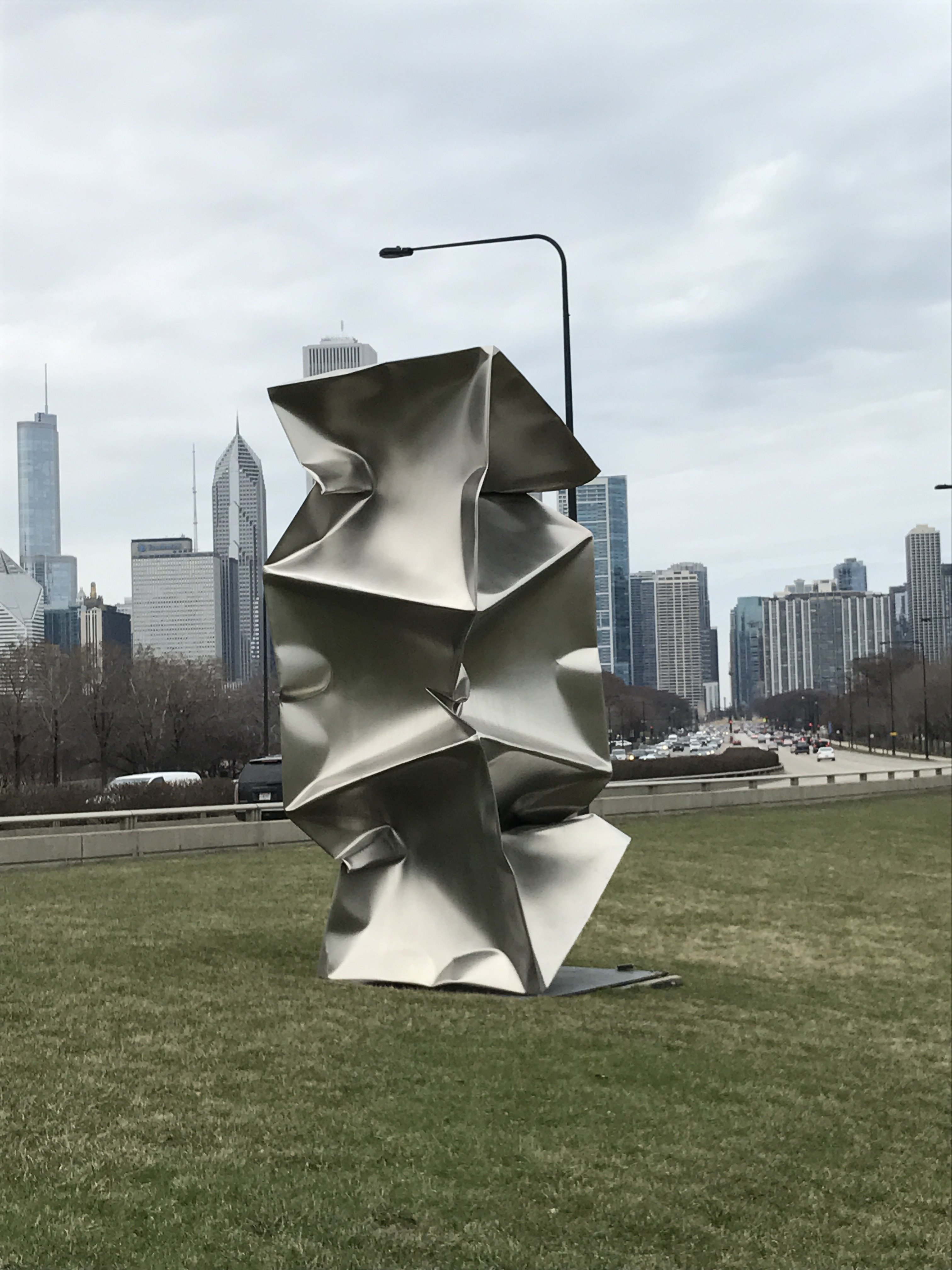 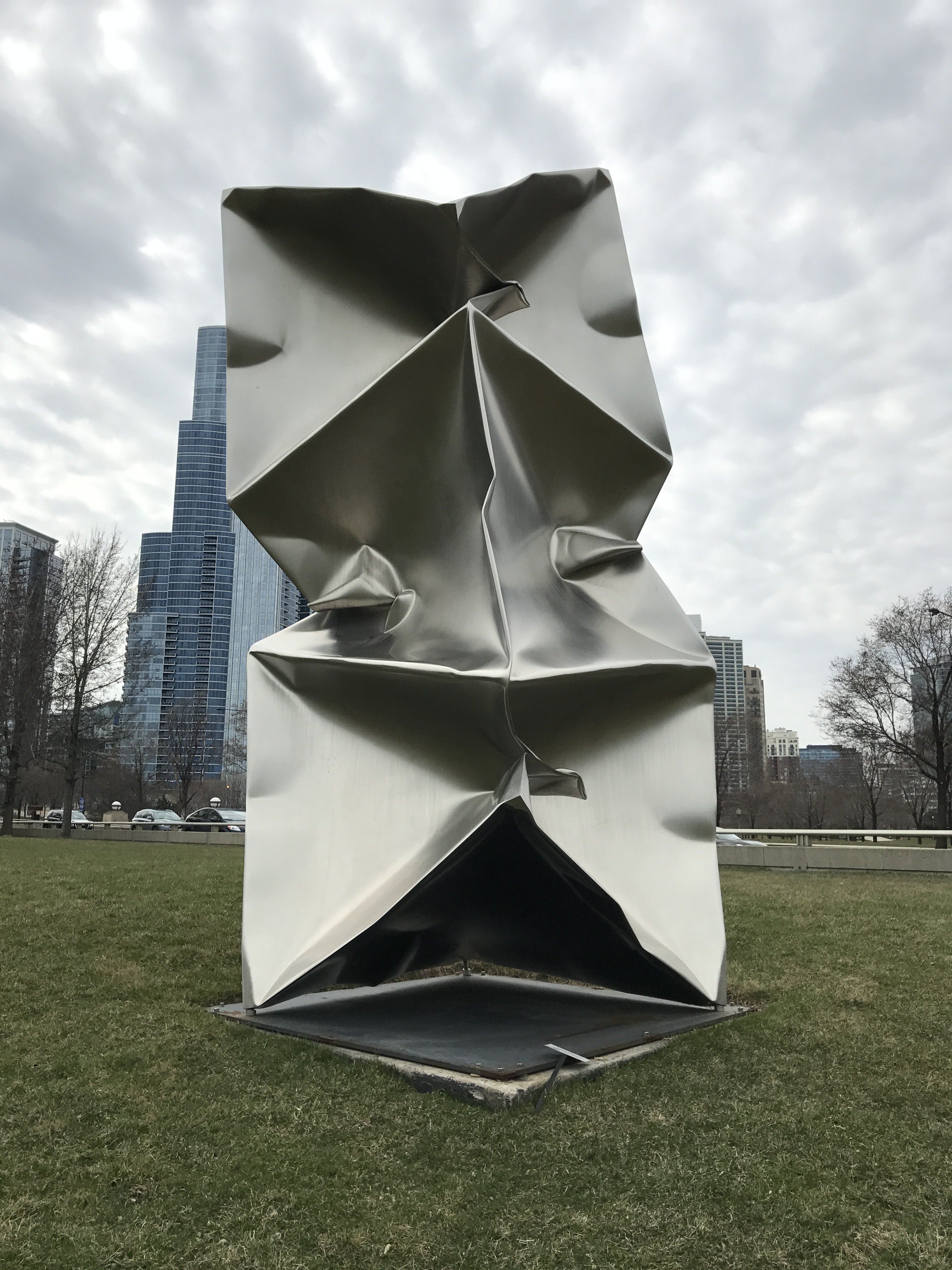 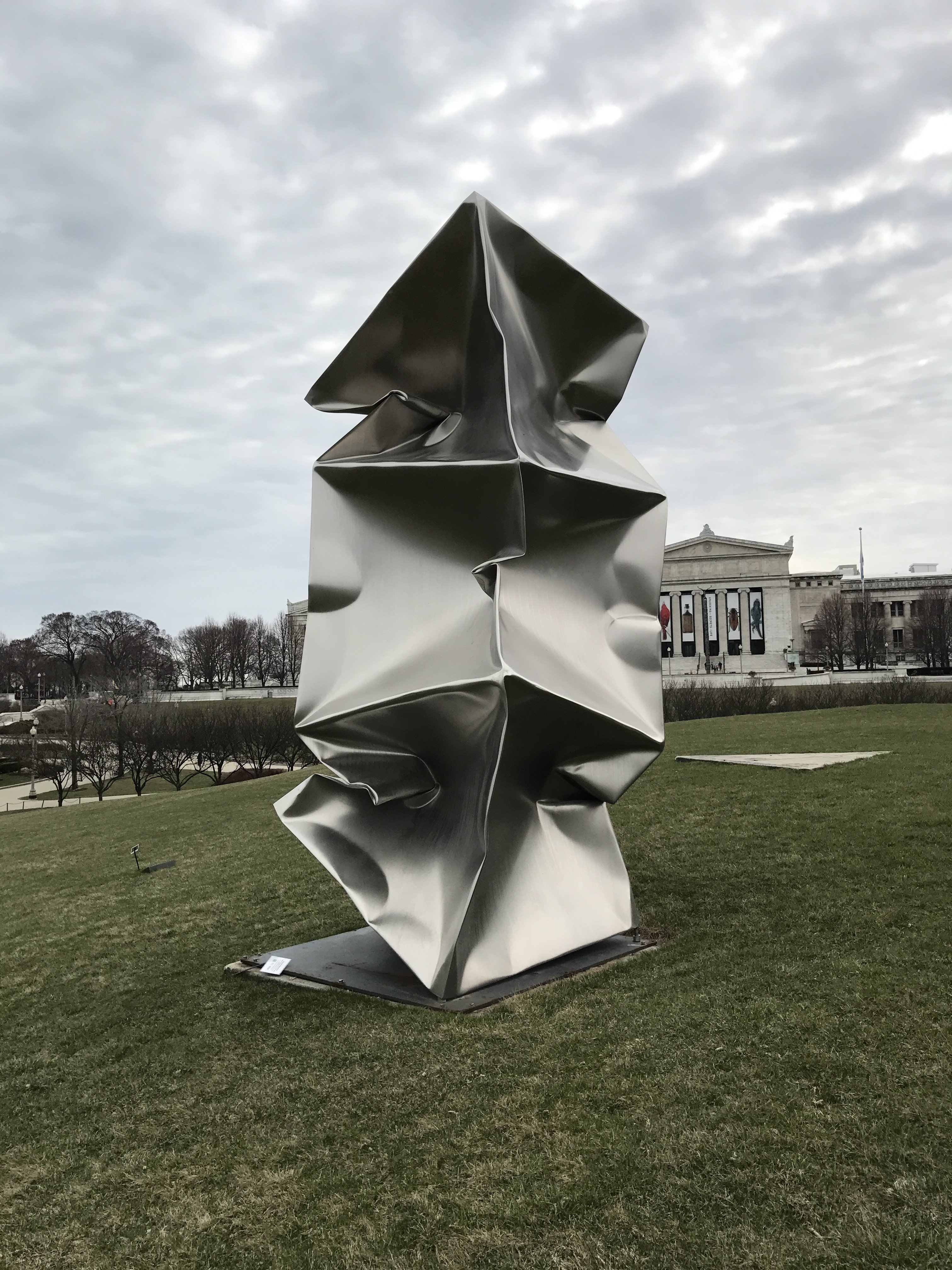 Hilgemann named this sculpture after one done by Max Ernst in the 1930s. Hilgemann referenced the birdlike feel of this Surrealist artist's earlier work by suggesting that structure's points, which appeared beak like, made it similar to Ernst’s installation.

Everdt Hilgemann was born in Germany in 1938 and studied art at the University of Saarland. When he began creating art in 1959, he started with wooden wall pieces; since 1984, though, Hilgemann has switched to metallic media. He has also become compelled by the use of natural energy in his sculpture, using air and vacuums to render many of his forms.

To create Habakuk, Hilgemann employed a vacuum pump which pulled the air out of the steel cubes, a method he calls the “Implosion” process. What Hilgemann enjoyed most about this type of art was that even thought it was thought out, there was always parts that occurred without his control. Because he was using nature, there was always an element of surprise in his work.