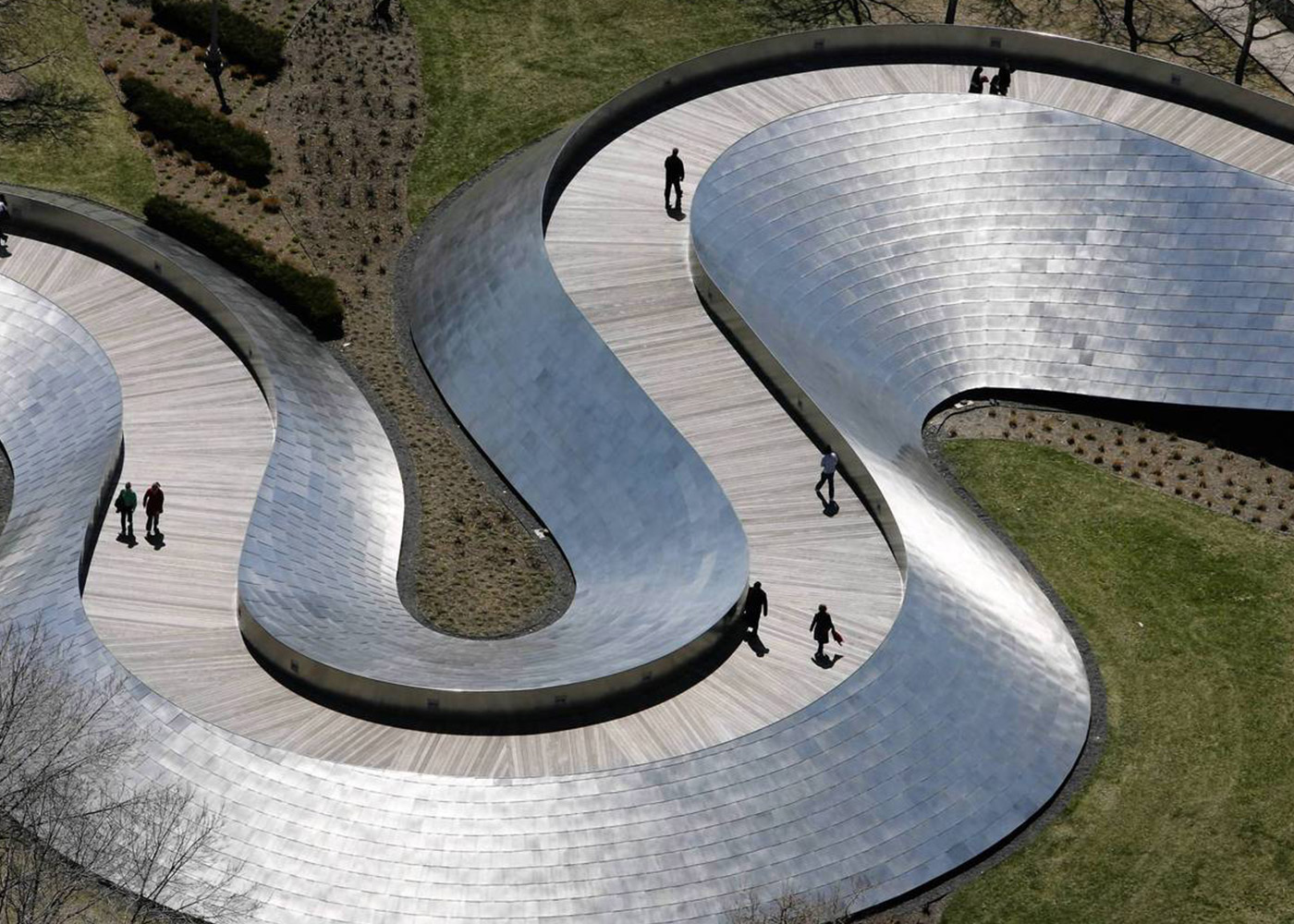 The serpentine form of the BG bridge echoes the smooth curves of nearby Pritzker Pavilion (seen upper right). 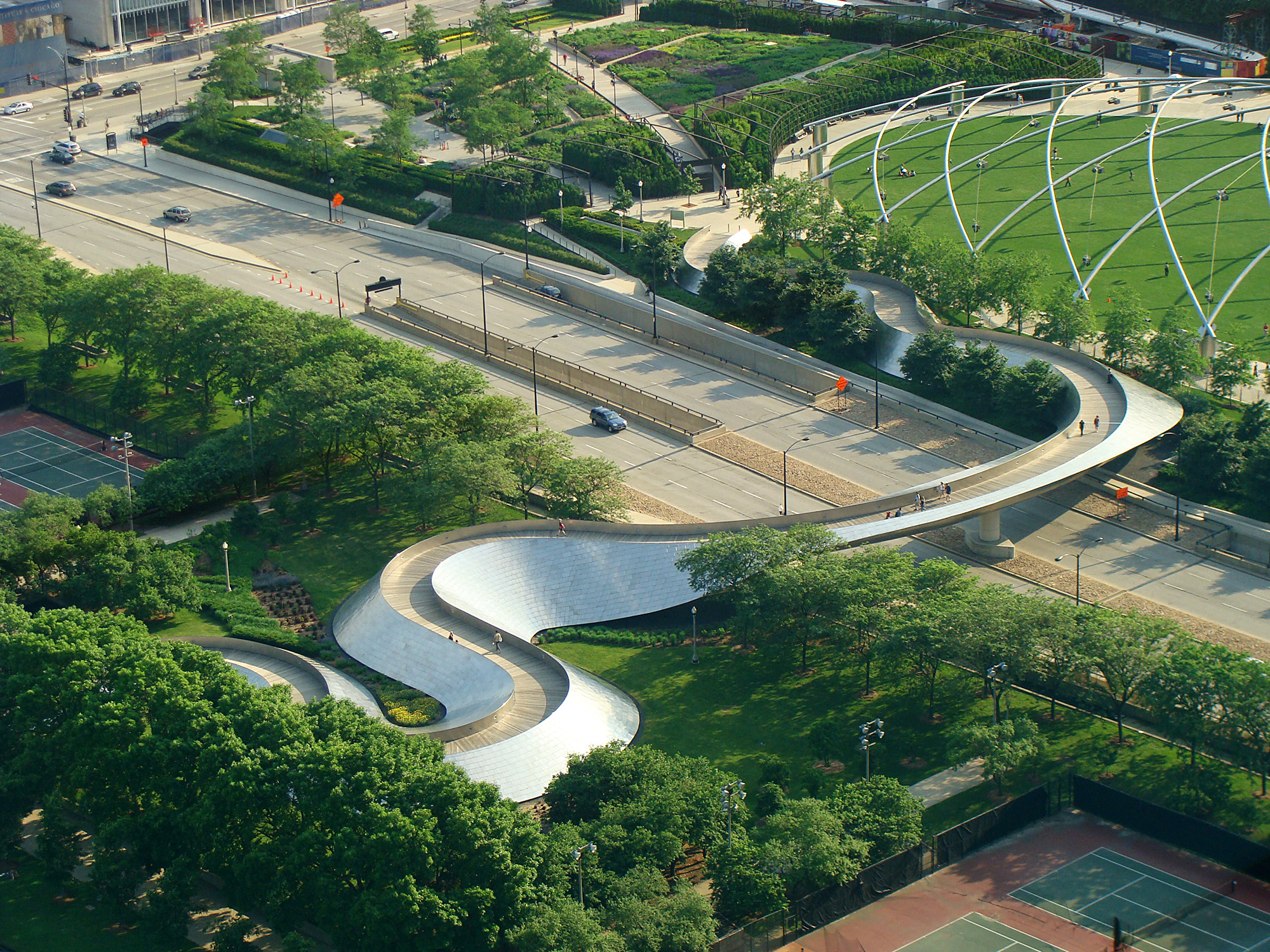 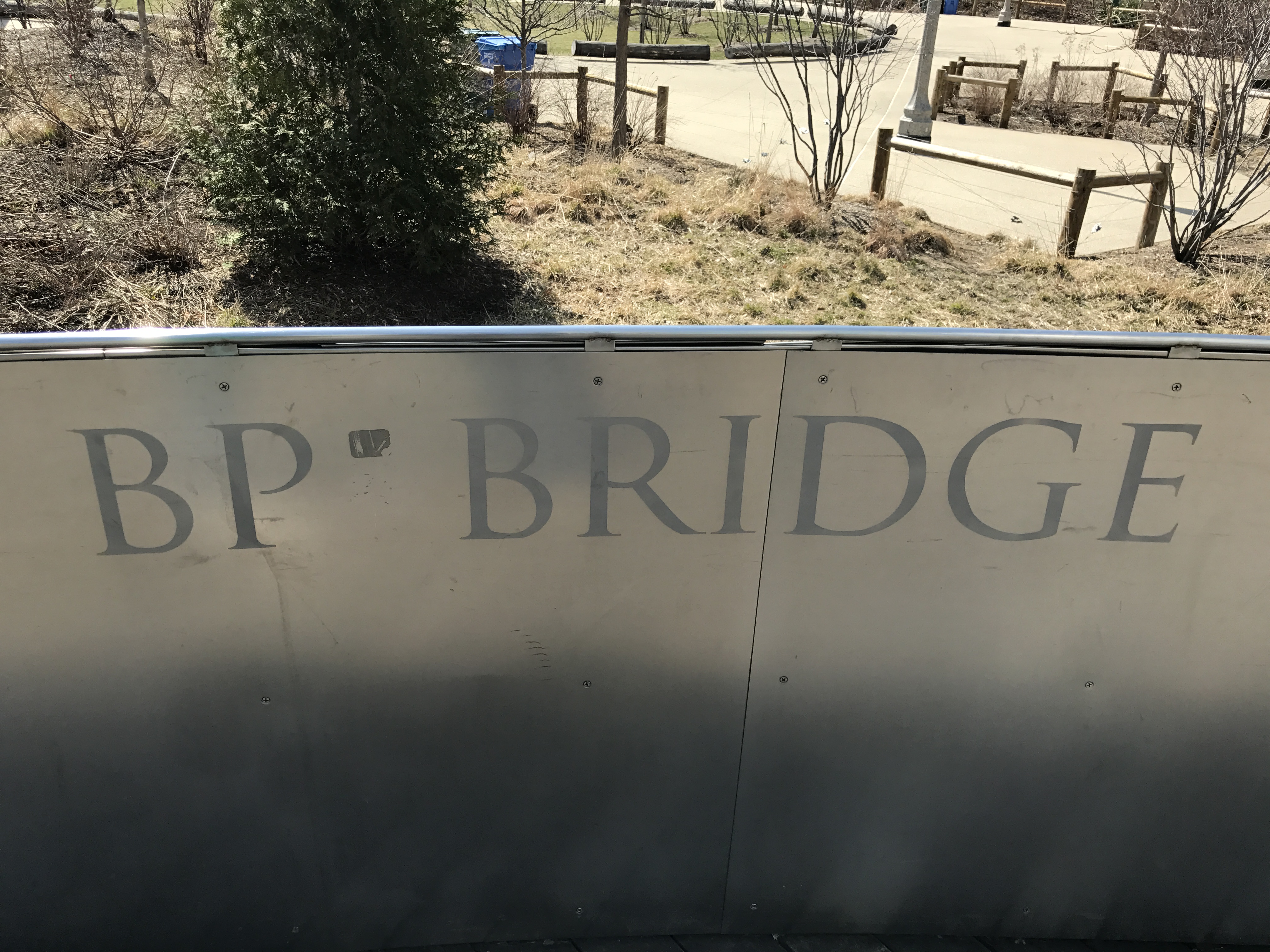 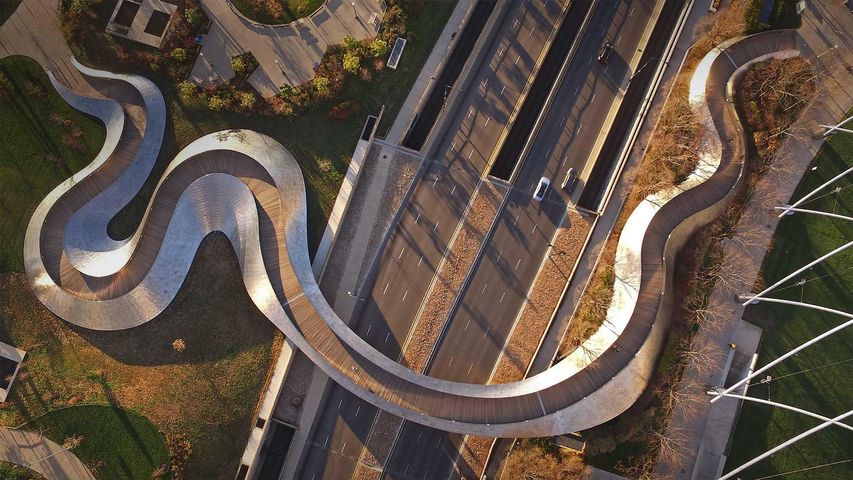 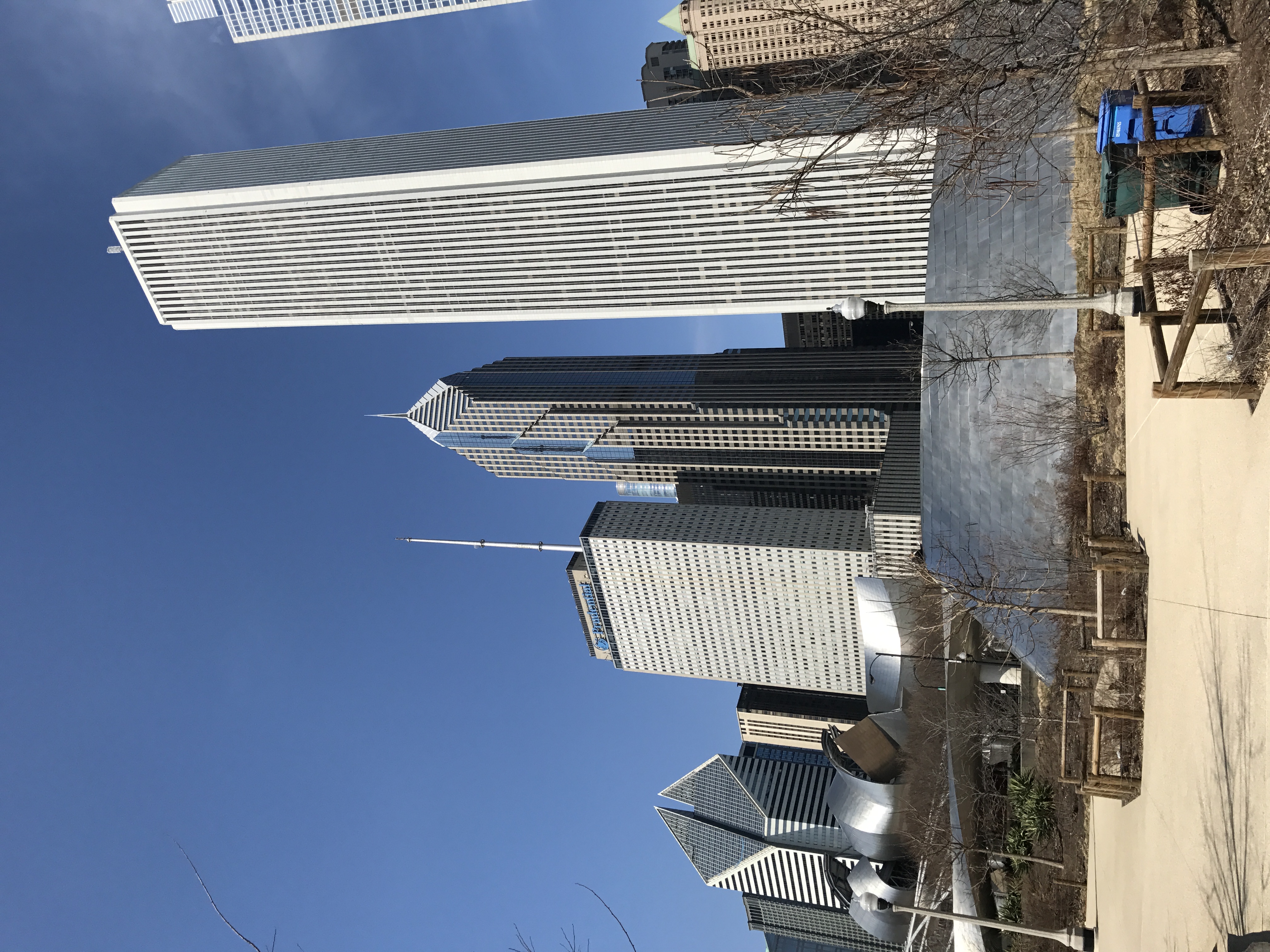 BP Bridge was the first bridge designed by famed architect Frank Gehry to be constructed. Gehry had designed bridges previously, although none of his prior designs had ever been built. “Millennium Park project manager Edward Uhlir said ‘Frank is just the cutting edge of the next century of architecture,’ and noted that no other architect was being sought.” Gehry designed the bridge with the assistance of Robert Sinn, as well as other structural engineers from the Chicago office of Skidmore, Owings & Merrill.

Work began in June of 1999, and the final bridge was opened to the public on July 16, 2004 at a cost of $14.5 million. Its design fits seamlessly with the rest of the modern Millennium Park, particularly with the form and materials of the adjacent Pritzker Pavilion, which was also Gehry's creation. 9,000 stainless steel shingles were used as the “skin” of the BP Bridge because of their lightweight design, and are smaller versions of those found at the Pritzker Pavilion. The bridge was designed to decrease noise from traffic on Columbus Drive, and Gehry also included a hardwood deck rather than concrete because he thought as the wood weathered, it would be more appealing.

Gehry changed the design of the bridge multiple times but came up with his final plan in 2000. The initial design of the bridge was only supposed to be 170 feet but was not approved by Mayor Richard Dailey. In response, Gehry developed 10 more designs, some of which were scrapped immediately due to accessibility concerns. The final design of the bridge removed the traditional handrails but maintained safety with waist-high walls and a maximum slope of five percent. This feature allows access for people of all ages and physical abilities. Gehry use of sheet metal allows the bridge to hold a heavy load without problems within the structure caused by its weight. The overall aesthetic of the bridge and Gehry's architectural style is known for the illusions created by the sheet metal and abstract design.