Medicine during the time of the American Revolution was a messy and imprecise business - especially battlefield medicine. In Lititz, Pennsylvania, affixed to the side of the building in which it was written stands a historical plaque commemorating the very first American pharmacopoeia. Designed for use by the medical department of the "Federated States of America", the Lititz Pharmacopoeia contained vital lists of medically similar herbal alternatives for use when regular supplies were limited or nonexistent. 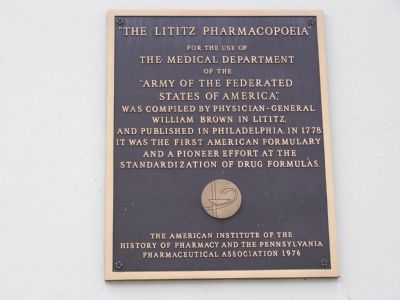 Brethren's House at Lititz, site of Revolutionary makeshift hospital and where the Lititz Pharmacopoeia was written. 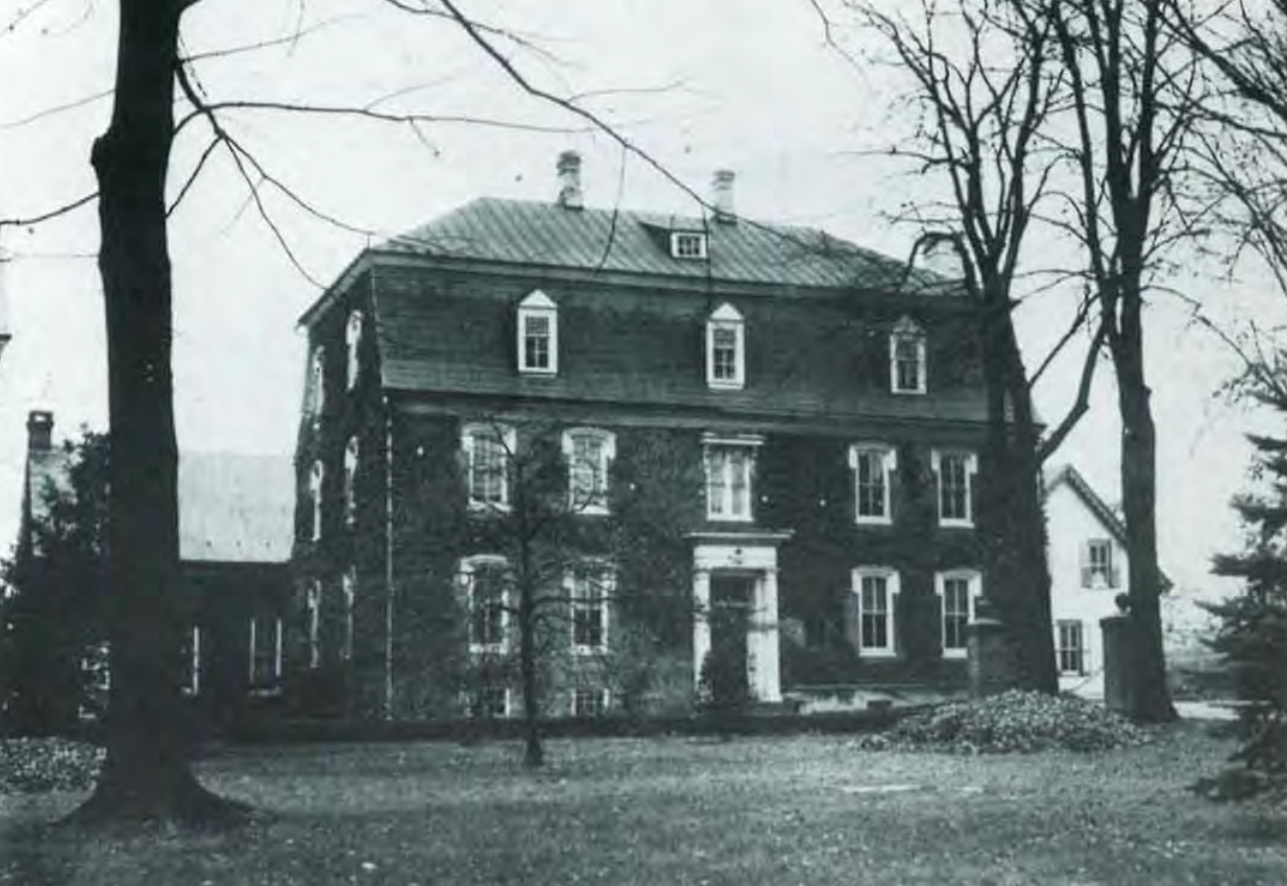 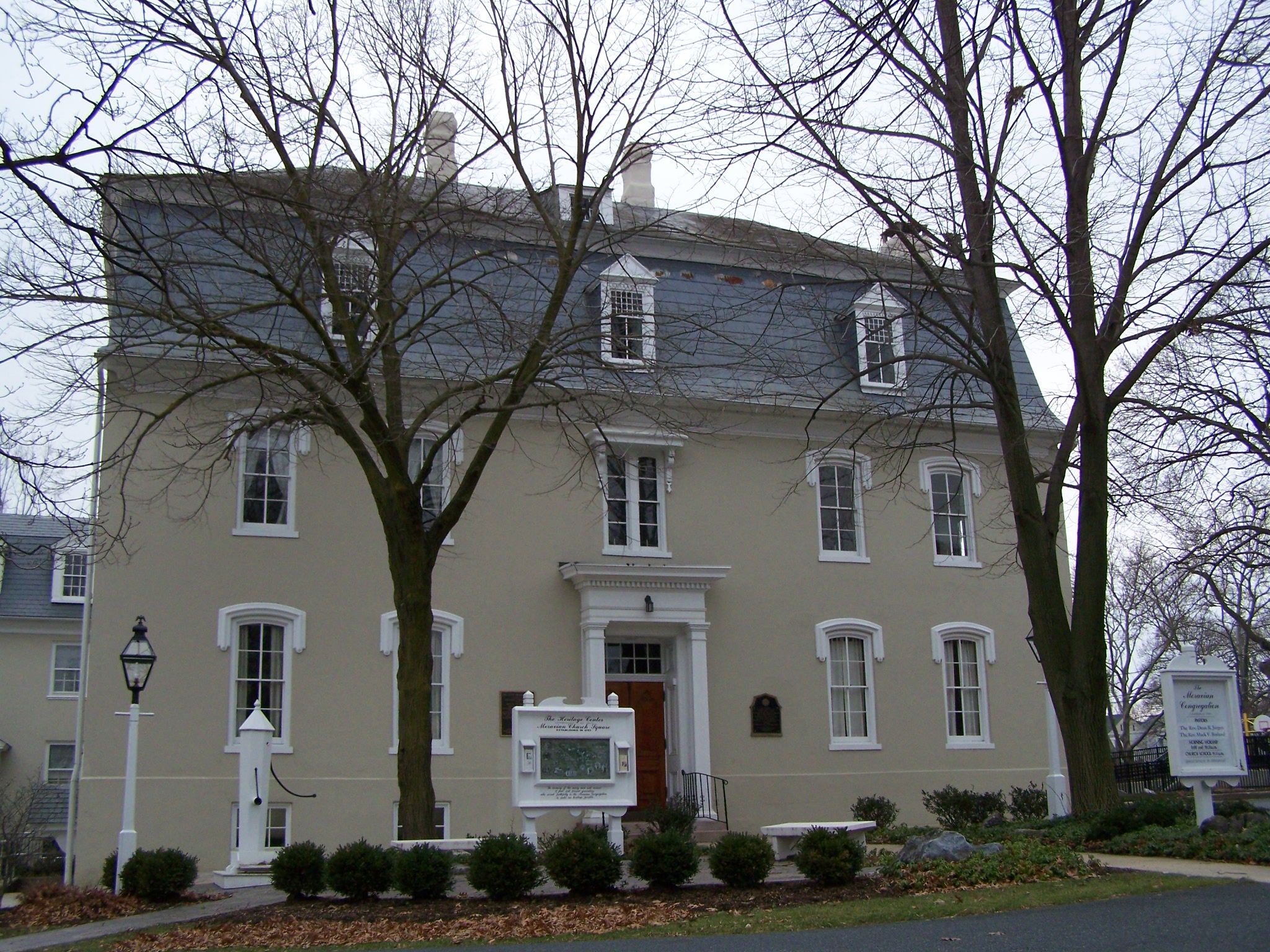 Not often mentioned in the annals of military glory are those professions which work in a supportive capacity.  Yet no army could wage war without the dedicated medical personnel who risk their lives not to take lives, but to save them.  One of the more notable achievements of the Revolutionary War era was the creation and publication of America’s first pharmacopoeia, written at the makeshift hospital at Brethren House in Lititz, PA.

A pharmacopoeia is defined as an official publication containing a list of medicinal drugs with their effects and directions for their use.  At a time where most of the approximately 3,500 doctors in America lacked any kind of formal training, it was the luck of the draw whether a patient was seen by someone who knew what to do about their particular ailment or not.  It becomes vitally important, then, for any fledgling nation to do everything it can to standardize the care received by the soldiers fighting for its very existence.

In February of 1778, Dr. William Brown made the Brethren House in Lititz his headquarters after being selected as Physician General for the Middle Department of the Continental Army.  While his residence at the Brethren House was short, Dr. Brown worked there tirelessly for the preservation of the lives under his direct care.  In addition, while at Brethren House, he wrote and published the Livitz Pharmacopoeia which included both the regular remedies, their sources and directions for their use, but also listed several medicinally similar alternatives to account for circumstance where the ideal remedy was unavailable.  In battlefield medicine, this kind of guide was invaluable.

According to the U.S. Army Medical Department’s Office of Medical History, the pharmacopoeia included “…three preparations of Peruvian bark for use in the treatment of intermittent fevers; apparently not used for malarial prophylaxis. A prescription for sulfur ointment was provided for the treatment of scabies and the prevention of its spread.”  It wasn’t until the second edition of the 32 page pamphlet, however, that authorship was credited to Dr. Brown and while there was a controversy over the authenticity of this claim after an anonymous article published in 1896 claimed the real author was Dr. James Tilton, the opinion of the Army Medical Library’s assistant librarian is that Dr. Tilton was not at all associated with the production of this manual.

Originally built in 1759, Brethren House was a lynchpin in the Revolutionary military hospitals; when Washington and other generals wanted to consolidate the hospitals of the Middle Department in the spring of 1778, it was to Lititz that they wished to converge and even expand.  However, the Reverend Ettwein wrote to General Washington that the people of Lititz would be incapable of supporting themselves if such a plan went through.  In light of this and other considerations, plans for expansion were scrapped, but Brethren House continued to see patients until it closed as a hospital in August of that year, but the contributions made by both the hospital and the physicians who worked within it were instrumental in the war effort.

The historical marker commemorating the Brethren House as the site of the Lititz Pharmacopeia was erected in 1976 by the American Institute of the History of Pharmacy and the Pennsylvania Pharmaceutical Association.

Griffenhagen, George. A Guide to Pharmacy Museums and Historical Collections in the United States and Canada. Madison, WI: American Institute of the History of Pharmacy, 1999. Accessed May 3, 2017.

"Chronicle of the Revolution: Medicine." PBS. Accessed May 3, 2017. http://www.pbs.org/ktca/liberty/popup_medicine.html#.