Established in 1978 as an educational venue and working horse farm, the Kentucky Horse Park boasts over 1000 acres of equestrian facilities and hosts some of the world's biggest competitions, such as the Rolex Kentucky Three-Day Event, the 2010 FEI World Equestrian Games, and the National Pony Club Championships. The Park grounds are home to the American Saddlebred Museum, which houses the most extensive collection of Saddlebred-related artifacts in the world; and the International Museum of the Horse, which educates visitors about human/horse interactions throughout history. Regular Park events include the Parade of Breeds Show and the Hall of Champions, a presentation of some of the top retired racehorses in the world. Illustrious racehorse Man o' War is buried in the Park grounds, commemorated with a large bronze sculpture.

A horse grazes at the Kentucky Horse Park (Wes Blevins) 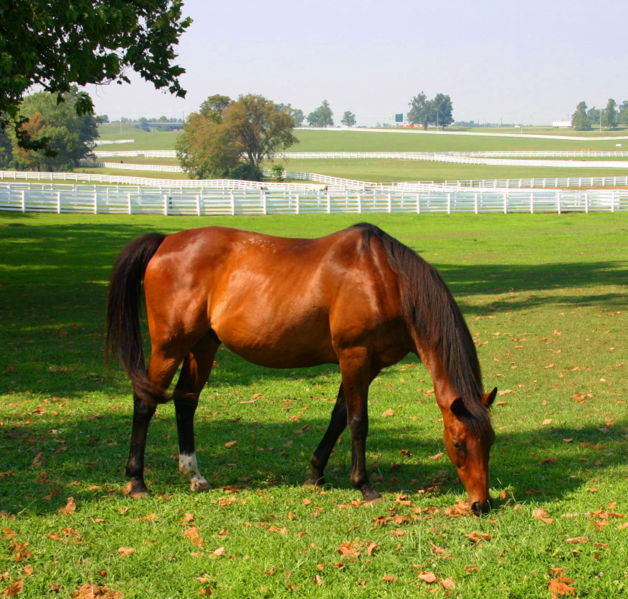 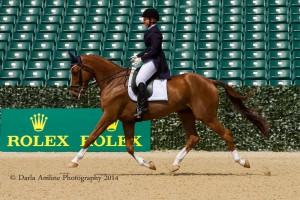 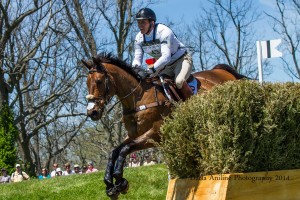 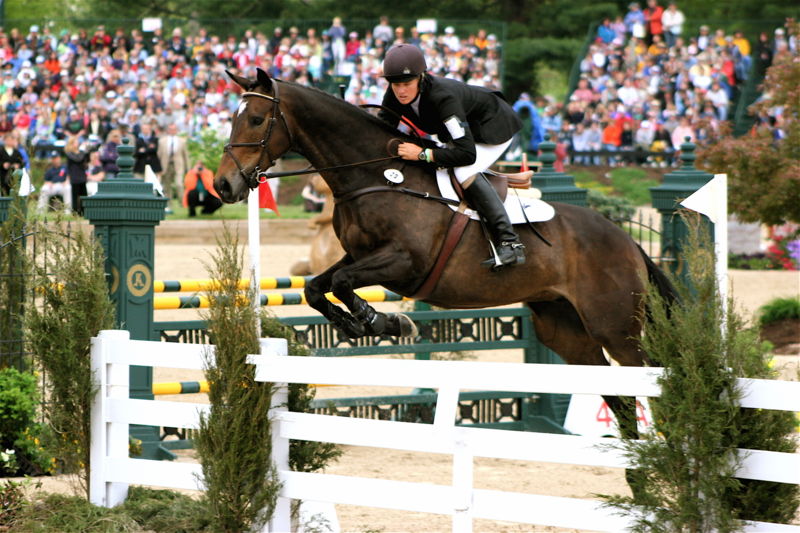 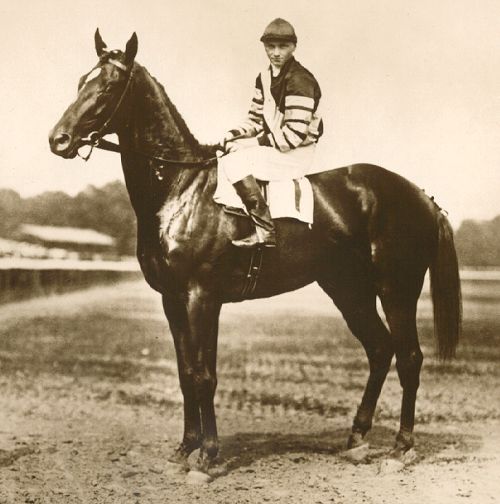 International Museum of the Horse
Since 1978, the International Museum of the Horse has educated the public on all aspects of the equestrian world. It's the world's biggest museum on the human/horse relationship. Museum exhibits cover the history of horses from antiquity to present, including their role in sports. Previous exhibits include "All the Queen’s Horses: The Role of the Horse in British History" and "Imperial China: The Art of the Horse in Chinese History." The museum also features the Al-Marah Arabian Horse Galleries, a wing devoted exclusively to Arabian horses. This wing is especially interactive and child-friendly. You can enjoy some of the IMH exhibits online at the link below.

Kentucky Horse Park also serves as a final resting place for a number of renowned horses, most notably the legendary 20th-century racehorse Man o' War, along with one of his offspring, War Admiral, the 1937 Triple Crown winner. Throughout 2017, the Park is hosting its yearlong Man o' War Celebration, organizing multiple events and exhibits to commemorate the 100th anniversary of his birth. Man o' War won 20 out of the 21 races he entered and captured the imagination of the American public. In the words of turf writer Joe Palmer, "He was as near to a living flame as horses ever get." Visitors to the Kentucky Horse Park can also view the life-size statue over his grave, created by Herbert Haseltine. You can watch videos on Man o' War at the link below.

Rolex Three-Day Event
The Rolex Kentucky Three-Day Event is a CCI**** eventing competition. It represents the top level of evening and is one of the most famous three-day events in the world. Eventing comprises three disciplines: dressage, cross-country, and show-jumping. Below, you can see a video of Erin Sylvester and Mettraise's cross-country ride at Rolex 2017.

"Are There Famous Horses Buried at the Park?". Kentucky Horse Park. Accessed May 03, 2017. http://www.kyhorsepark.com/content/are-there-famous-horses-buried-park.

"History of the Museum." International Museum of the Horse. Accessed May 03, 2017. http://imh.org/about/history-imh.