Named after famed environmentalist John Muir, who became known as the "Father of the National Park System," Muir Woods National Monuments protects over 500 acres of old growth Redwood trees, which are the tallest living things on earth (they can reach upwards of 300 feet or more). Most of the redwoods here are 600-800 years old. The oldest one is 1,200 years old, which is actually young for redwoods because they can live for up to 2,200 years. President Theodore Roosevelt, using his power granted to him by the Antiquities Act of 1906, established Muir Woods in 1908. In doing so, he honored John Muir and created the country’s tenth National Monument. Its creation was also significant in that it signaled the beginning of the federal government's role in the preservation of natural resources and historic sites. One of the world’s largest urban parks, Muir Woods is located around 12 miles north of San Francisco, affording Bay Area occupants and multitudes of tourists easy access to it. Thanks to its close proximity to San Francisco, Muir Woods attracts visitors from all over the world

Walkways allow anyone to easily enjoy the forest. 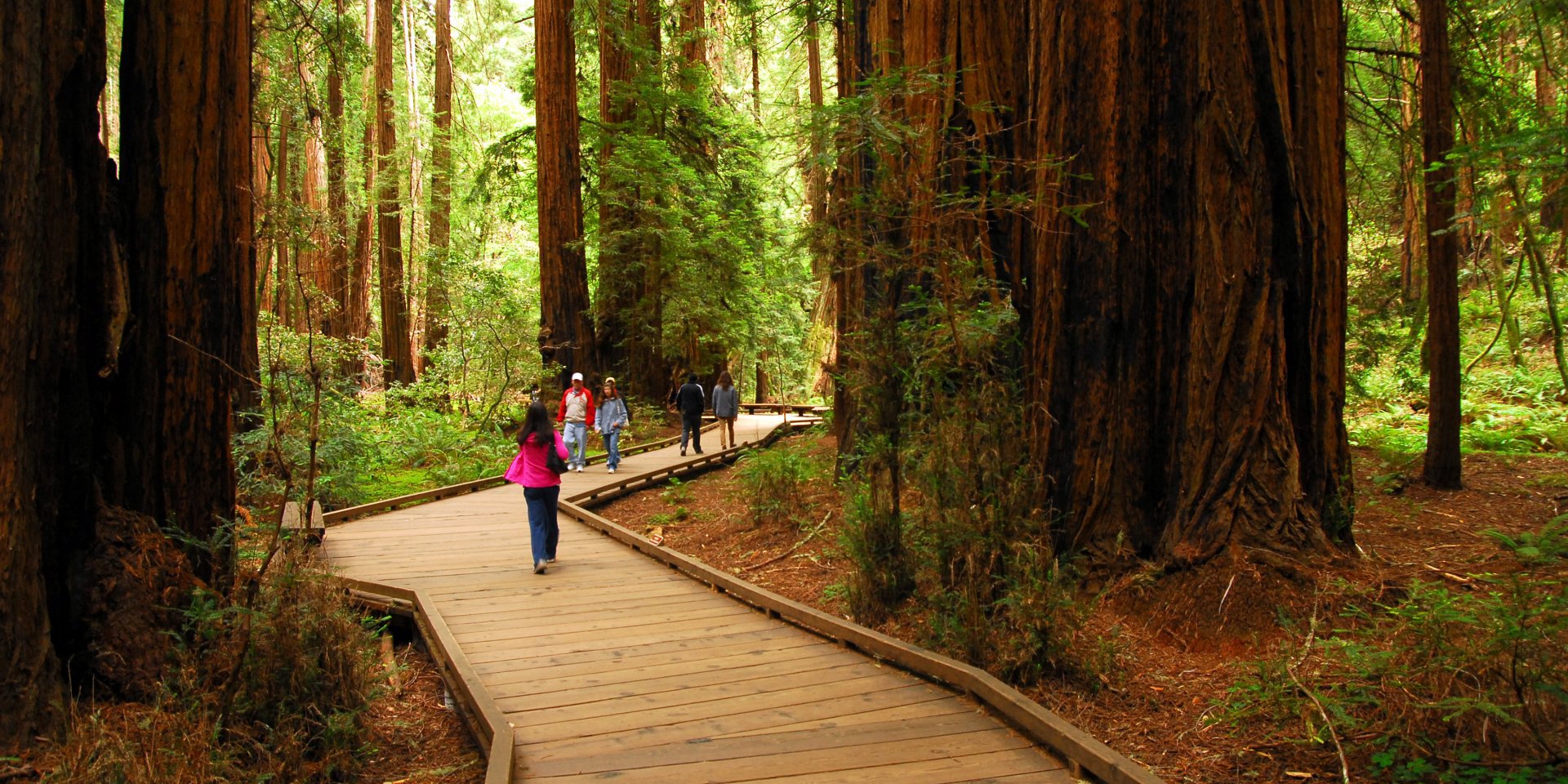 Muir Woods was established in 1908. 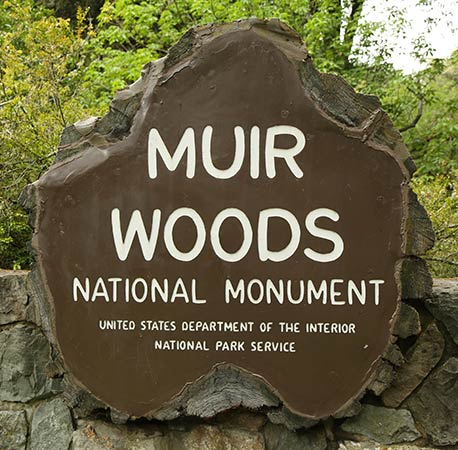 Redwood trees are the tallest living things on the planet, capable of growing more than 300 feet high. 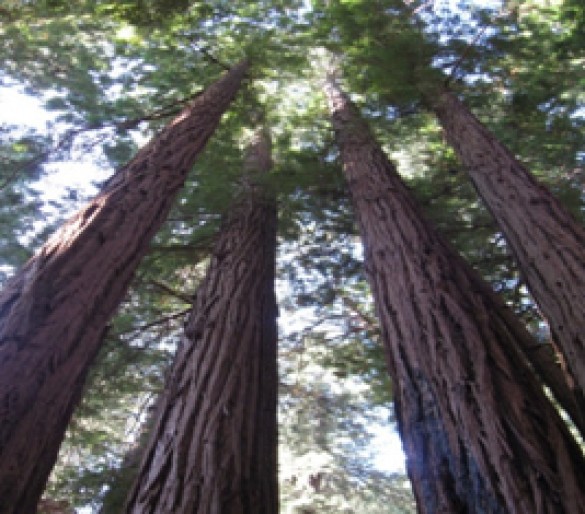 In addition to being the tenth National Monument, it was the first one created from land donated by private individuals (William and Elizabeth Kent), the first produced to preserve a living species (the Coastal Redwood), and the first fashioned near an urban setting. In these ways, Muir Woods set a precedent for future preservation of national monuments, parks, forests, and historic sites. Muir Woods is also significant for the historic structures built between 1922-1940, which represent the legacy of the rustic design in the National Park Service.

Before Europeans arrived, the land that is designated Muir Woods and the surrounding region was once the homeland of the Coast Miwok people. There is very little archaeological evidence demonstrating that they lived here but they likely hunted game, fished, and gathered food here. Not long after the Spanish established missions around the early 1800s, disease began to take its toll on the Miwok. By 1840, it is believed that 90% of their population had died.

Generally open between 8-5pm or 8pm, depending on the time of year. Check website for exact times.