at the intersection of Duke and W German Sts. Has been called through the years somebody’s corner: Byers’, Beltzhoover’s and Weis’s, depending on who lived on the corner at the time. Occasionally during the 20th century it had a stoplight. Negotiating the turn has proved a challenge for large trucks of recent times. 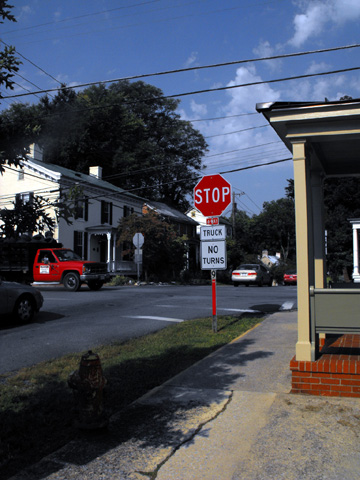