214 W German. This rambling two-story stucco house has a colorful history. During the Revolutionary War a log tavern on the site became a rendezvous for American forces. A large yard behind provided a drill ground for troops. Joseph Entler bought the property in 1808 and established Entler’s Tavern (not to be confused with the Entler Hotel). At some point in the early 19th century the establishment became known as the Great Western Hotel. During the War of 1812, it served as a barracks for troops. After the war, Entler catered to the wagon trade. Many drivers and workers with wagon trains, Conestogas, ox carts and the like stayed here before and after crossing the Potomac at Pack Horse Ford. A 25 horse limestone stable behind the hotel enhanced its appeal. The hotel sustained much interior damage by soldiers during the Civil War and never reopened as a hotel. After extensive repairs it became a private residence. 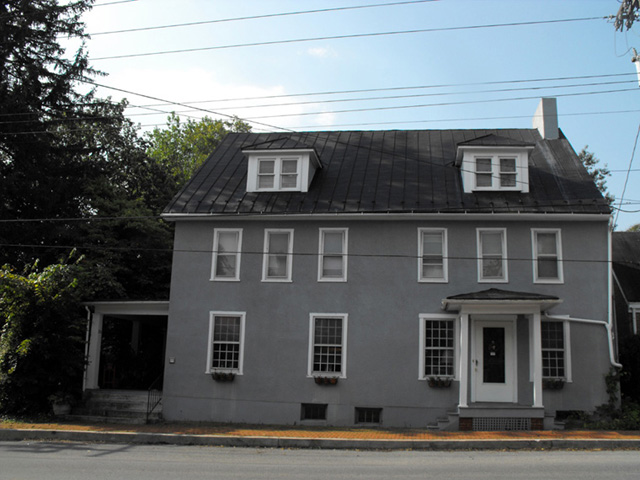