The Courthouse Square in Harrisonville was developed between 1880 and 1943. The square has 34 historic buildings in the business district that all contribute to the history of the square. Some of these buildings include the Wooldridge Building (Pre 1885), the Evans Building (1890), Wirt’s Opera House (1907, with building alterations in 1940), and the Bank of Harrisonville (1900-1901). The Bank of Harrisonville is a large two-story, white stone building right across from the courthouse. The roads around the courthouse building are paved with brick. In addition, two murals are painted on buildings around the square. The surrounding area of the square has privately owned homes and is a relatively rural area. The Square maintains its historic look and integrity even after over 100 years of use. An example of its extensive use can be found during May of 1863 when soldiers were trained and drilled on the square. The 5th Missouri State Militia, led by Captain John Pinger, was among the several Civil War regiments to utilize the square. Interestingly, the regiment included 18 former slaves among its ranks. 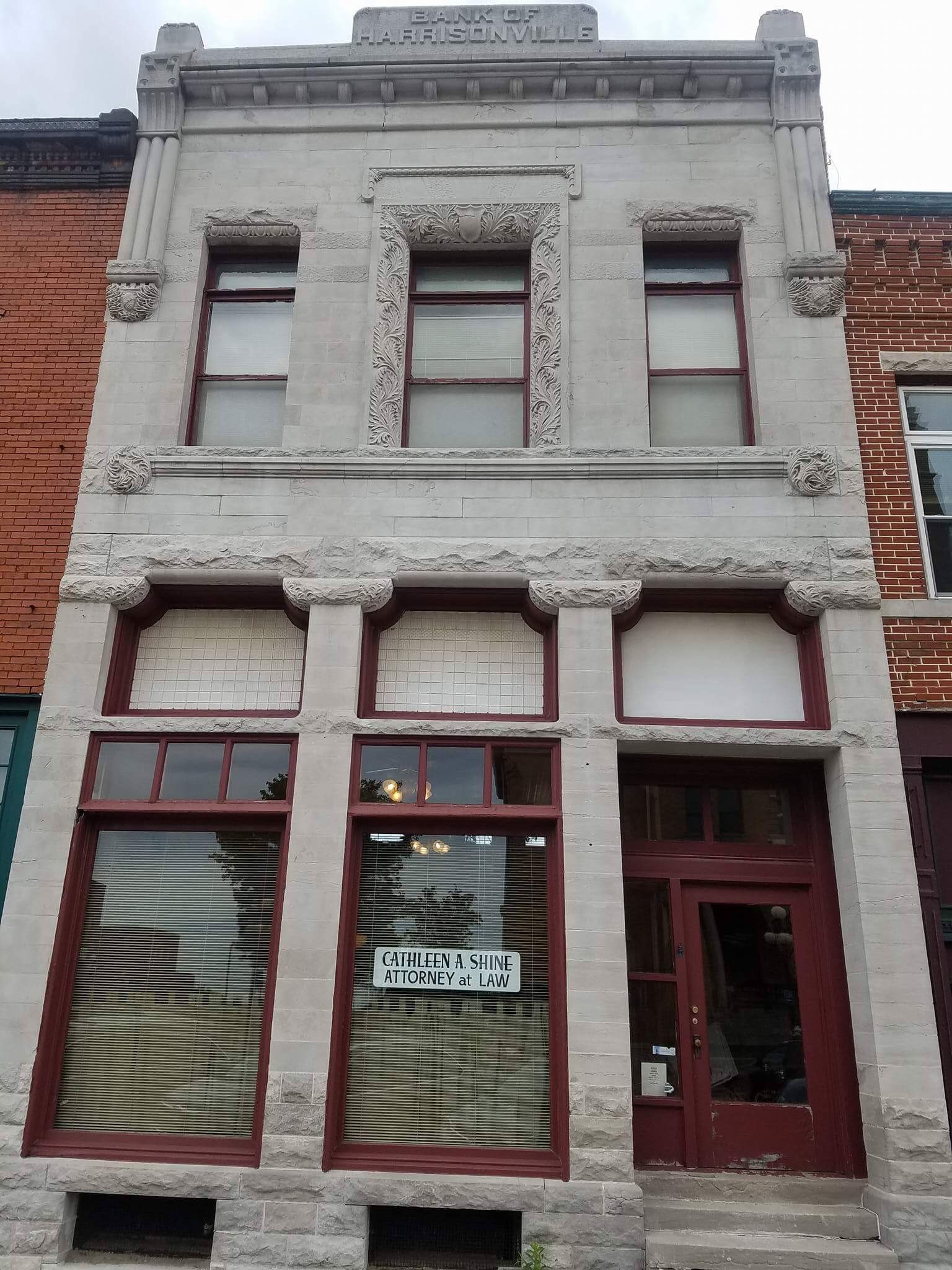