Built by Nathaniel Harrison II in 1724, the Harrison House exemplifies typical 18th-century Connecticut architecture, though it has been modified by various owners over the years. Harrison's grandfather Richard Harrison moved from New Haven to Branford in 1645. His son Nathaniel Harrison I and grandson Nathaniel II participated actively in the town. Nathaniel II served as a town clerk, a magistrate of the New Haven Colony, and a justice of the peace. In the latter role, he performed numerous marriages for Branford residents. The house was inherited by his son Nathaniel III (1735-1770), and then by Nathaniel III's daughter Martha and son-in-law Nicodemus Baldwin, who was a private in the 5th Battalion during the American Revolution. Since May 2016, the Branford Historical Society has owned the Harrison House. 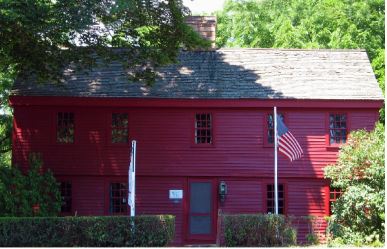 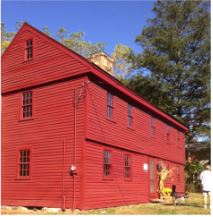 This wooden house features exposed joists and a large, central stone fireplace. It is furnished with antique pieces, such as four-poster and rope beds, 17th-century chests, a beehive bake oven, and antique china. The lean-to behind the house was added in 1780 to make extra room for the Harrison family and their eight children. In 1800, Martha Harrison Baldwin sold the house to Joseph Linsley and his family. Martha's mother, however, continued living in the Harrison House alongside the Linsleys for 22 years.

Harrison House is a "two by two" house, with two rooms downstairs and two upstairs. The ground floor of the house contains the Parlor to the left (west) and the Hall to the right (east). The Parlor has a distinctive corner cupboard made of pine and decorated with carved rosettes. The Hall was a versatile space, used for eating, working, and gathering. For example, a woman living in the house would have come to the Hall to cook, make candles and soap, weave, spin, and sew. Sleeping quarters were upstairs. The Branford Historical Society uses the Hall Chamber (2nd floor, east side) to display exhibits and artifacts relating to Branford history.

"About the Harrison House." Branford Historical Society. Accessed May 02, 2017. http://www.branfordhistoricalsociety.org/about-the-harrison-house.html.