An early 20th century textile mill. One of the last, and largest, water-powered mills in the state of North Carolina. Cone Mills Corporation bought the Mill and took over control in the 1950s and was owner of the mill until its closing in 2003. In 2005 the mill was sold and partially demolished. 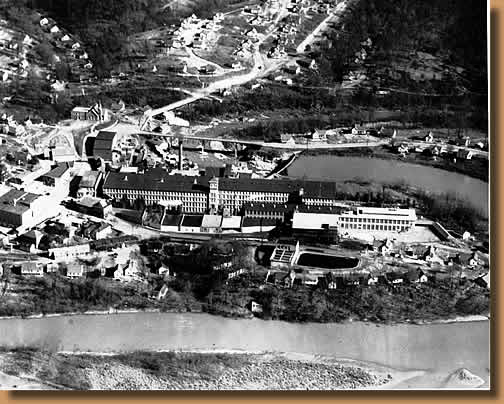 Built from 1899- 1902, by Raleigh. R. Haynes, this mill brought together a small manufacturing town around it until it was closed down after filing bankruptcy in 2005. R.R. Haynes was the patriarch of the Haynes family that would run the mill for the next two and a half decades. Charles Haynes, the heir of the Haynes Mills would spend more than half a million dollars in 1926, equivalent to more than 8.5 million in 2017, to expand the Mill to include a Finishing building and build a Bleaching Plant and bring in new machinery to start producing Terry Towels in over 2/3rds of the plant. Half the money was spent of machinery and the other half on the buildings.1 Charles Haynes was second to be President of the Haynes Mill, but he was the most important, he would bring a community around the Mill in Cliffside. Providing 50 new worker houses, a school with over 20 staff members, a building suitable for selling automobiles on top of the major mill expansions; Charles would not only build a great mill but build a great town around it. Sadly though, the Mill was bought by a few different owners during its time of use, in 1927 Cone Mills Corp. bought controlling rights and was completely merged in 1951. Denim production was started during the early 1970s with the denim being sold to Levi Strauss for their jean wear. Although the Mill closed down in 2005, the generator and power house along the Second Broad river is still in use and sells electricity to local Duke Energy. 2

1-From the Rutherford County Sun, March 25, 1926, republished on https://remembercliffside.com/history/special-projects/the-haynes-legacy/charles-h-haynes-expands-cl... Accessed on May 8, 2017
Mill and Dam. Cliffside NC Mill Tour. Accessed May 02, 2017. https://www.visitncsmalltowns.com/things-to-do/tours/cliffside/.

Closed to the Public

Created by Lucas McLeod (Instructed by Timothy Vanderburg, Gardner-Webb University) on May 2nd 2017, 8:24:57 am.