The Battle of Wilson's Creek took place on Aug. 10, 1861 and was the first major battle west of the Mississippi River. It was the second major battle of the Civil War taking place shortly after the First Battle of Bull Run (Manassas) on July 21, 1861. The battle had a significant outcome on the way future operations were ran in Missouri and the state being divided much like the country. 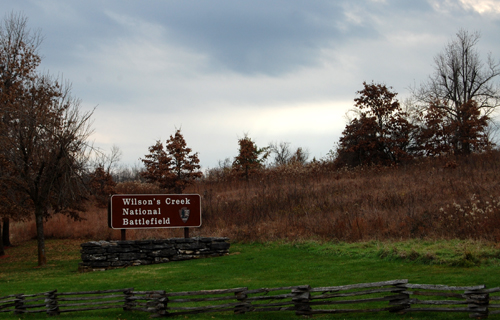 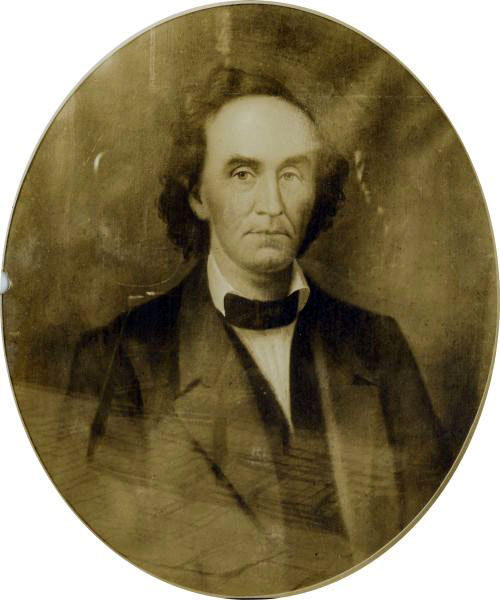 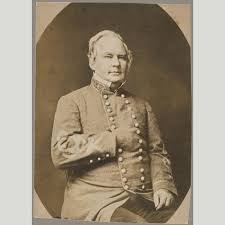 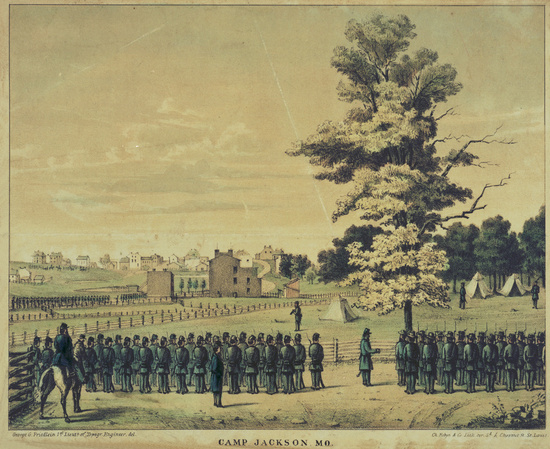 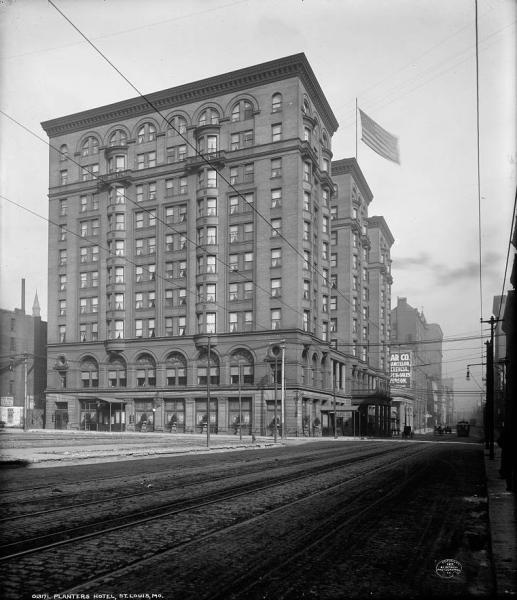 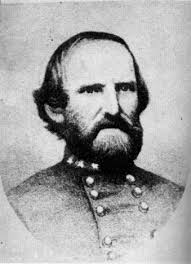 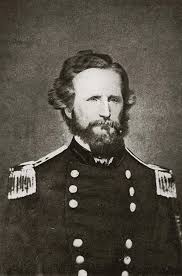 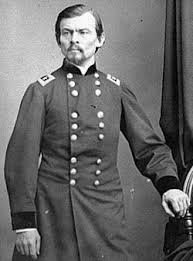 Bloody Hill, site of the bloodiest fighting of the battle. Union forces initially held this ground, but after Sigel was forced off of the battlefield and Gen. Lyon was killed in a charge at Bloody Hill Union troops were forced to retreat. 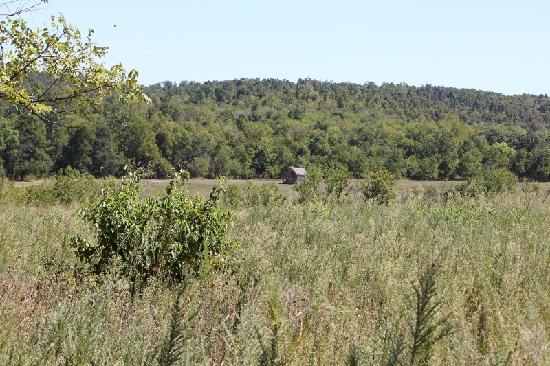 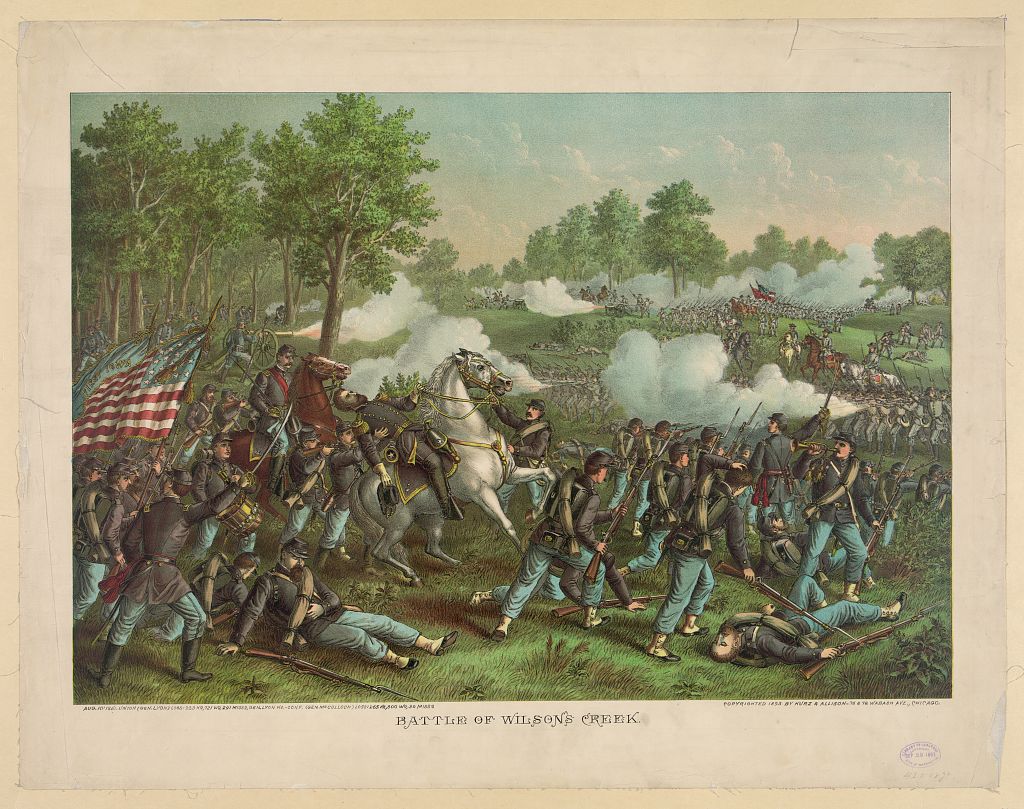 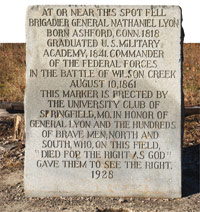 Union troops returned after the battle for several years marking the spot where Gen. Lyon fell. 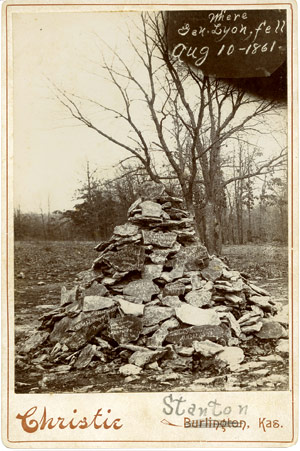 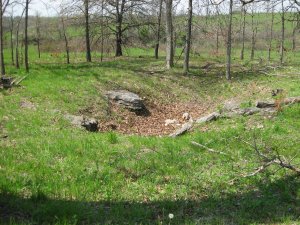 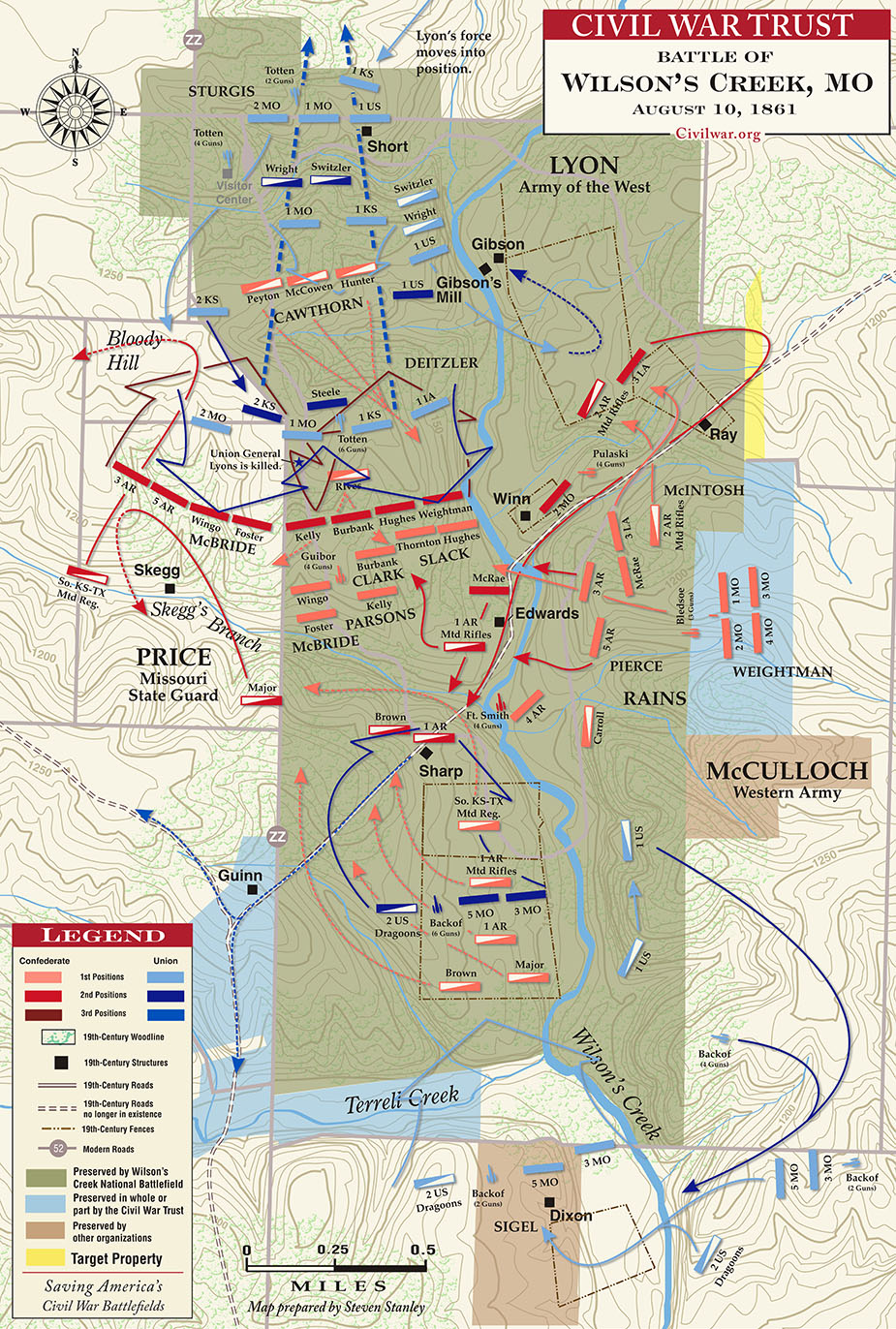 Ray House, farm site of Ray family next to Telegraph road, and where Gen. Lyon's body was taken after battle, and where hospital for wounded was established 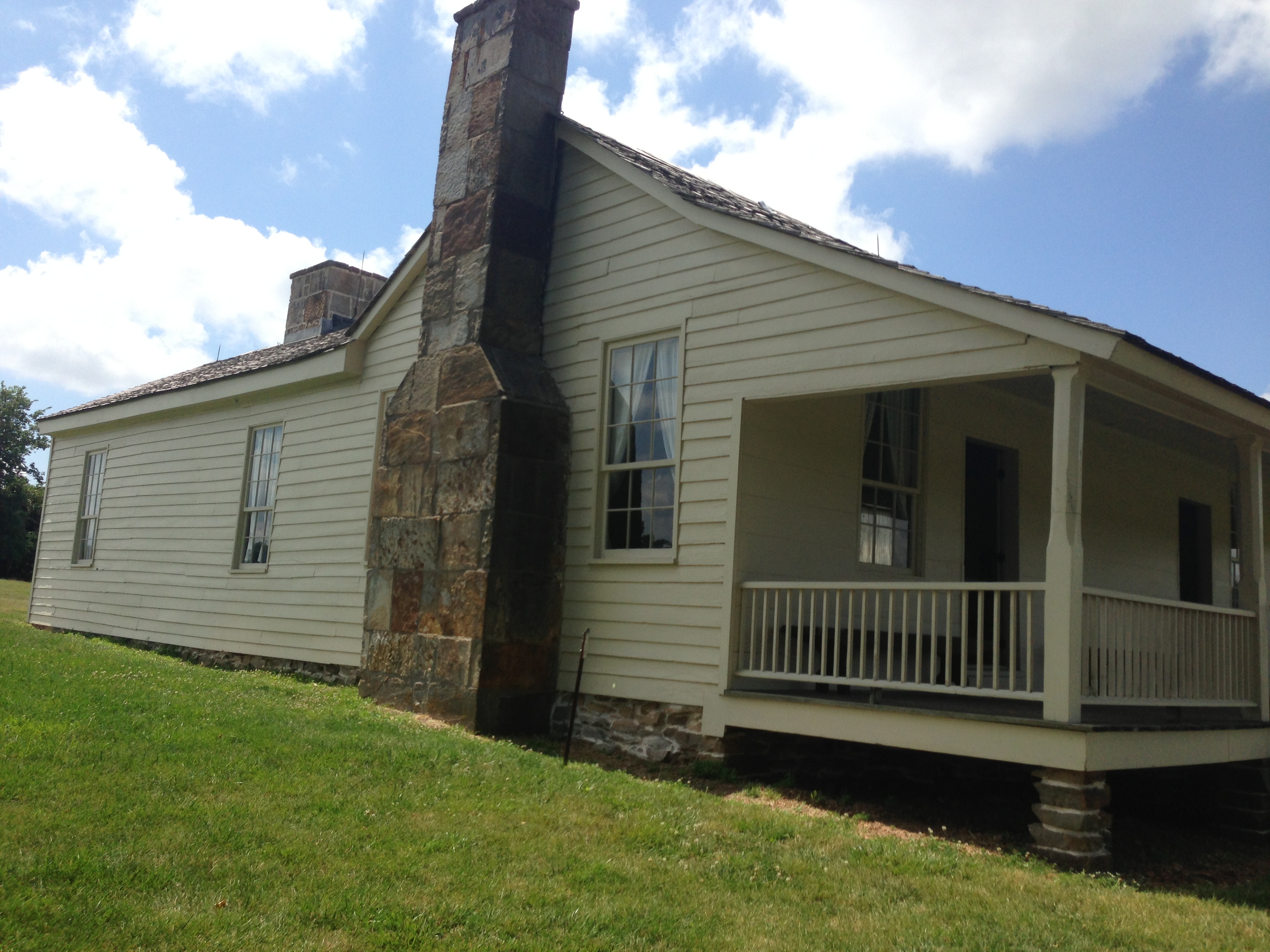 Ray Cornfield where troops traveled through in early morning hours of Aug. 10, 1861 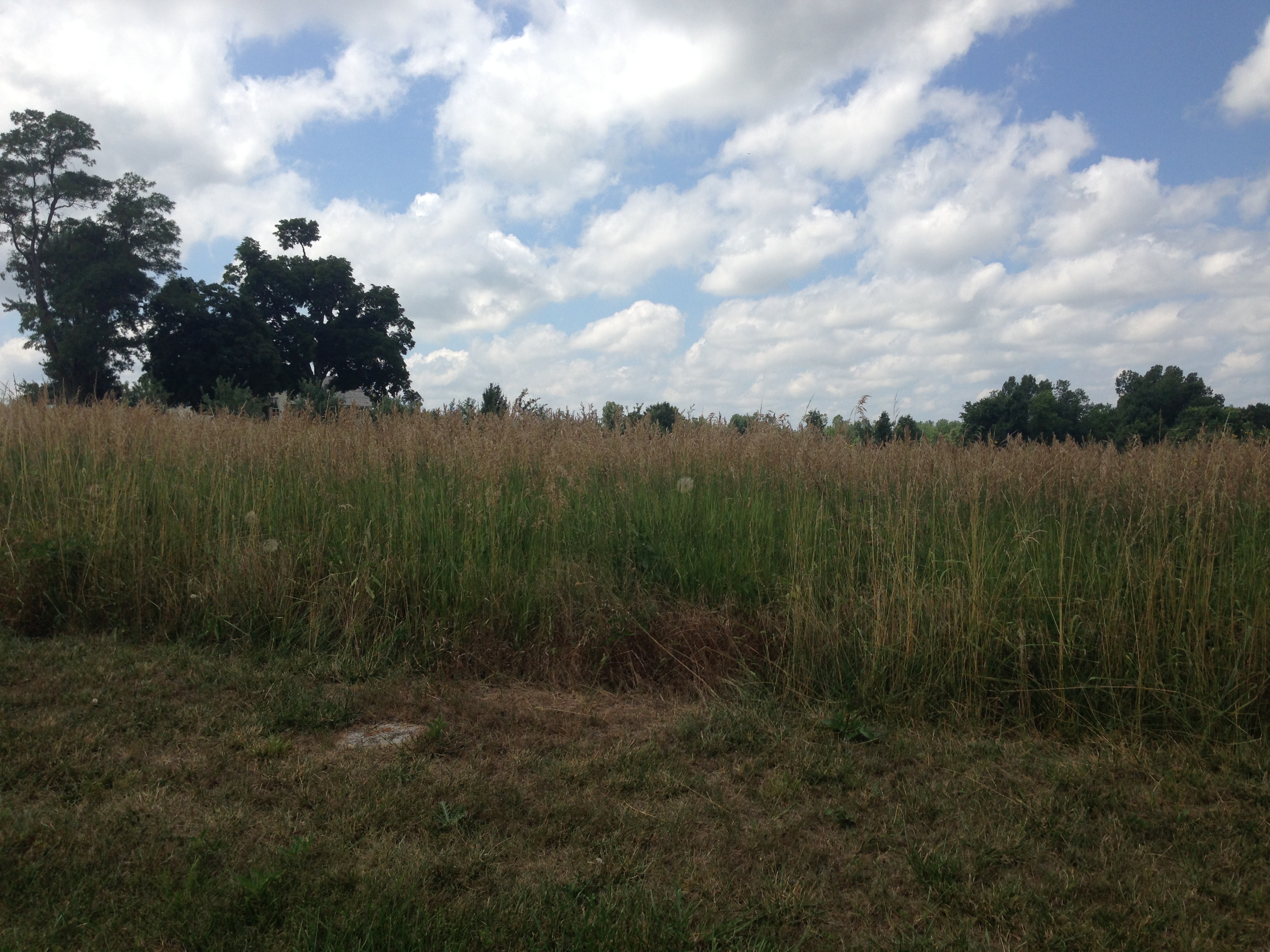 It's the summer of 1861 in Missouri. The newly elected Governor, Claiborne Fox Jackson, decided to change his stance on secession and pull Missouri out of the Union following other southern slave holding states. Having hailed from Little Dixie in Saline County around Arrow Rock, and being an ardent defender of slavery Jackson felt Missouri should support and defend the South against federal troops. Many Missourians were against secession and supported staying in the Union. A state convention was held with pro Union voters to not secede. Jackson was determined for Missouri to leave the Union and tried to gain support in Jefferson City. Jackson openly rejected President Lincoln’s call for volunteers on April 23, 1861 and contacted Confederate President Jefferson Davis to pledge Missouri’s support to the southern cause.

Gov. Jackson developed a plan to call the state militia together mustering around 1,000 men at Lindell’s Grove in St. Louis. The militia encampment would be called Camp Jackson. The militia under the command of General Frost and Gov. Jackson had plans to raid the federal arsenal at St. Louis and attempt to cripple the Union forces in St. Louis. Union Capt. Nathaniel Lyon thought the militia gathering was suspicious and it is rumored that he wore a dress to the camp to disguise himself and gather intelligence. He figured out that the militia were secessionists and were arming themselves. He shipped many of the arsenal weapons across the river to Illinois. On May 10, 1861 Capt. Lyon and approximately 6,000 federal troops and volunteers surrounded Camp Jackson taking the militia men prisoner. The federal troops marched the prisoners back to the arsenal when riots broke out and troops fired into crowds killing several civilians 3 prisoners and 2 federal troops. This would be called the Camp Jackson Affair.

Capt. Lyon’s actions caught the eye of President Lincoln and he was promoted to Brig. Gen. and commander of the Dept. of the West. After the Camp Jackson Affair, Gov. Jackson, Gen. Sterling Price (Missouri State Guard), Francis P. Blair (Prominent St. Louis Politician), and newly promoted Brig. Gen. Lyon, met on June 11th 1861 at the Planter House Hotel in St. Louis to negotiate Missouri’s status as a state in rebellion or to remain in the Union. Negotiations broke down and the fiery Brig. Gen. Lyon famously said. “I would see you, and you, and you, and you, [pointing to each man in the room] and every man, woman, and child in the State dead and buried. This means war. In an hour one of my officers will call for you and conduct you out of my lines.”

Gov. Price left the meeting and immediately called for 50,000 Missouri volunteers to defend the state. Jackson and Price took a train to Jefferson City, and ordered the burning of railroad bridges and telegraph lines along the way. Price told other State Guard leaders to assemble their units and prepare to fight. Jackson orders the evacuation of Jefferson City. Gen. Lyon chases Jackson out of Jefferson City taking the city and holding it for the remainder of the war. With Gov. Jackson in exile, the state convention appointed Hamilton R. Gamble Provisional Governor.

Gen. Lyon’s intentions were clear. He was going to keep Missouri in the Union at all costs. He had battles at Carthage and Boonville on a smaller scale. Both Union and Confederate forces headed south towards Springfield. The Union had camped in town and planned a surprise attack on the Confederate forces that outnumbered them by over 2 to 1, with around 12,100 Confederates (7,170 Missouri State Guard) under Brig. Gen. Ben McCulloch to 5,400 Union under Brig. Gen. Nathaniel Lyon. Initially the Union forces pushed the Confederates off of the Wilson’s Creek and took the high ground at what would be called “Bloody Hill”. Union Col. Franz Sigel, a German immigrant paused his assault at Skeeg’s Branch. Confederate Gen. McCulloch reorganized Confederate units (3rd Louisiana and part of Missouri State Guard) to counter attack Col. Sigel. Col. Sigel and his men thought the 1st Iowa Infantry was coming up to assist. They did not know that it was the 3rd Louisiana because both units at this time wore gray uniforms, as there was no standard blue or gray uniforms this early in the war. The 3rd Louisiana got right up on Sigel’s men before they realized they were Confederates, and they were driven off the battlefield losing 4 cannons.

Confederate forces reorganized and attacked the “Bloody Hill” three times with each side suffering significant casualties. During the fight for “Bloody Hill” Lyon was wounded twice and had his horse shot out from under him. He attempted a final charge to rally his troops but was mortally wounded. With Gen. Lyon out of the fight, Union forces became disoriented and were forced to retreat to Springfield. While it was a victory for the Confederates, they did not pursue the Union troops, letting them reorganize. Gen. Lyon would be the first Union general to be killed during the Civil War.

Brig. Gen. Lyon’s body was unknowingly left on the battlefield and removed to the Ray House that had been turned into a hospital for wounded. Lyon’s body was then taken to Springfield to be returned to Union forces, and eventually went to his family in Connecticut. After the battle the Confederate forces were in disagreement on future plans and Gen. McCulloch, an Arkansas native chose to head back into Arkansas and let the Missouri State Guard handle the actions in Missouri. The victory proved costly, but motivated Gen. Price to try and control the entire state, and kick Union forces out. Gen. Price moved north to fight at Lexington on September 20, 1861. With early victories in the state, Price felt that Missouri State Guard forces could hold the state till Confederate regulars could help. In early 1862, Price and the Missouri State Guard would be effectively kicked out of Missouri and forced to go to Arkansas where Union forces would catch them at the Battle of Pea Ridge. The Union achieved victory ending Price’s dreams of controlling Missouri until his famous raid in 1864