The General Grant National Memorial is located in upper Manhatten on Riverside Drive. The memorial is also referred to as Grant's Tomb. Ulysses S. Grant was laid to rest at this location after his death. According to Grant's wish, his wife Julia was laid beside him. The memorial celebrates the life and accomplishments of General Grant during and after the civil war. General Grant played an integral part in the ending of the civil war. He received a deserved honor with the dedication of this tomb. 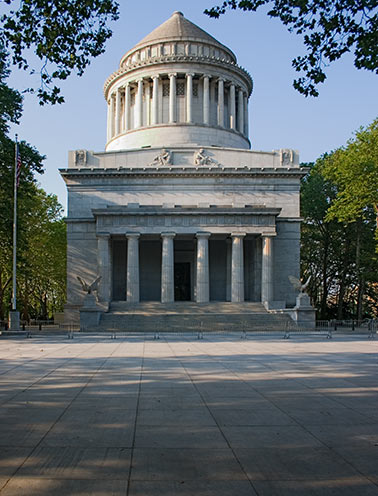 The monument during memorial day. 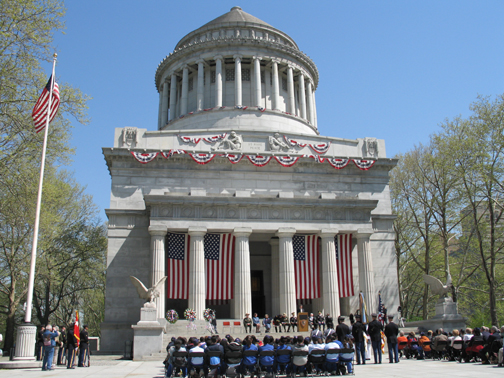 These are two statues that were donated by the New York City post office during restoration in the 1930s. 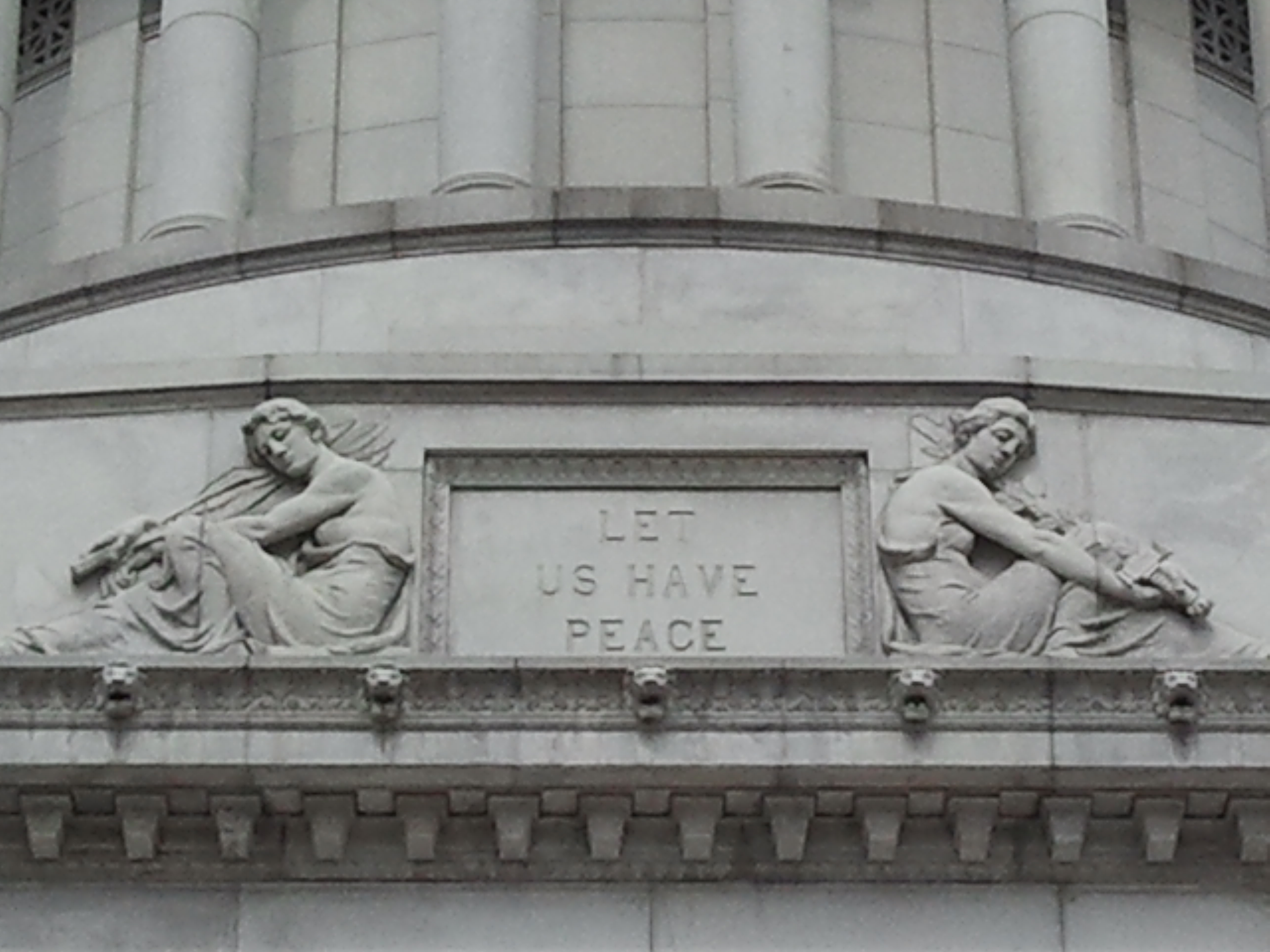 Ulysses S. Grant had an enormous impact on the Civil War and continued to serve and contribute to the progress of America after the war. Grant was honored with this impressive memorial commemorating his achievements and his service to his country.

The Grant Monument Association was established and they immediately drew support from citizens. Businesses and prominent individuals made significant donations to the organization. The organization also received small donations from individuals from all over the world. Donations came from about 90,000 people and totaled to about 600,000 dollars. After much debate over the location and architect, the GMA decide to build in New York City and hired John T. Brady to design the memorial. Construction began during the summer of 1891. After many delays and complications, the memorial was completed in 1897.

On April 27, 1939, the memorial was rededicated after major restoration was completed. The memorial had started to decay during the 1900’s and badly needed repair. A large amount of money was raised, resulting in a very successful restoration. Many improvements of function and aesthetic were made. The General Grant National Memorial is again a beautiful reminder of the importance that Grant’s service was to America.