There are a total of 419 cemeteries in Brunswick County, but none as old or as large as the Old Smithfield Burying Ground in Southport, NC. The State Assembly on December 31, 1792 established a town to consist of one hundred lots near Fort Johnston. Lots 54,55,56 and 57 were designated for a cemetery. The town of Smithville, named Southport in 1887, was not incorporated until 1805, which makes some existing headstones officially older than the town. 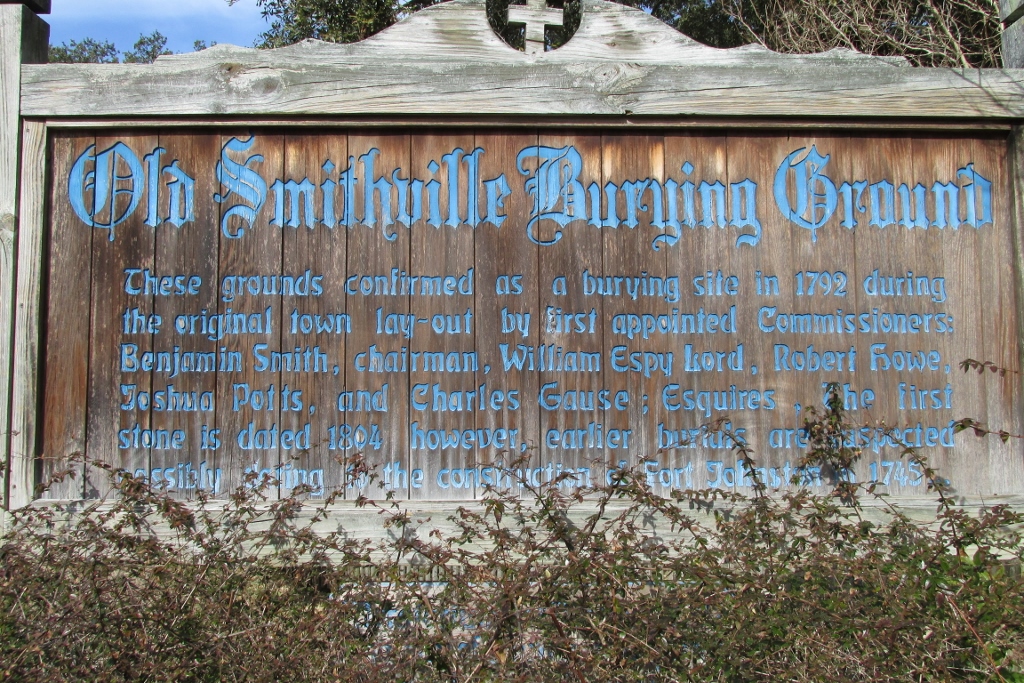 Some of the tomb stones in the cemetery 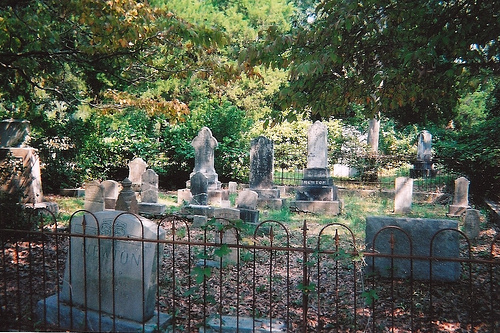 Information placard on the grounds 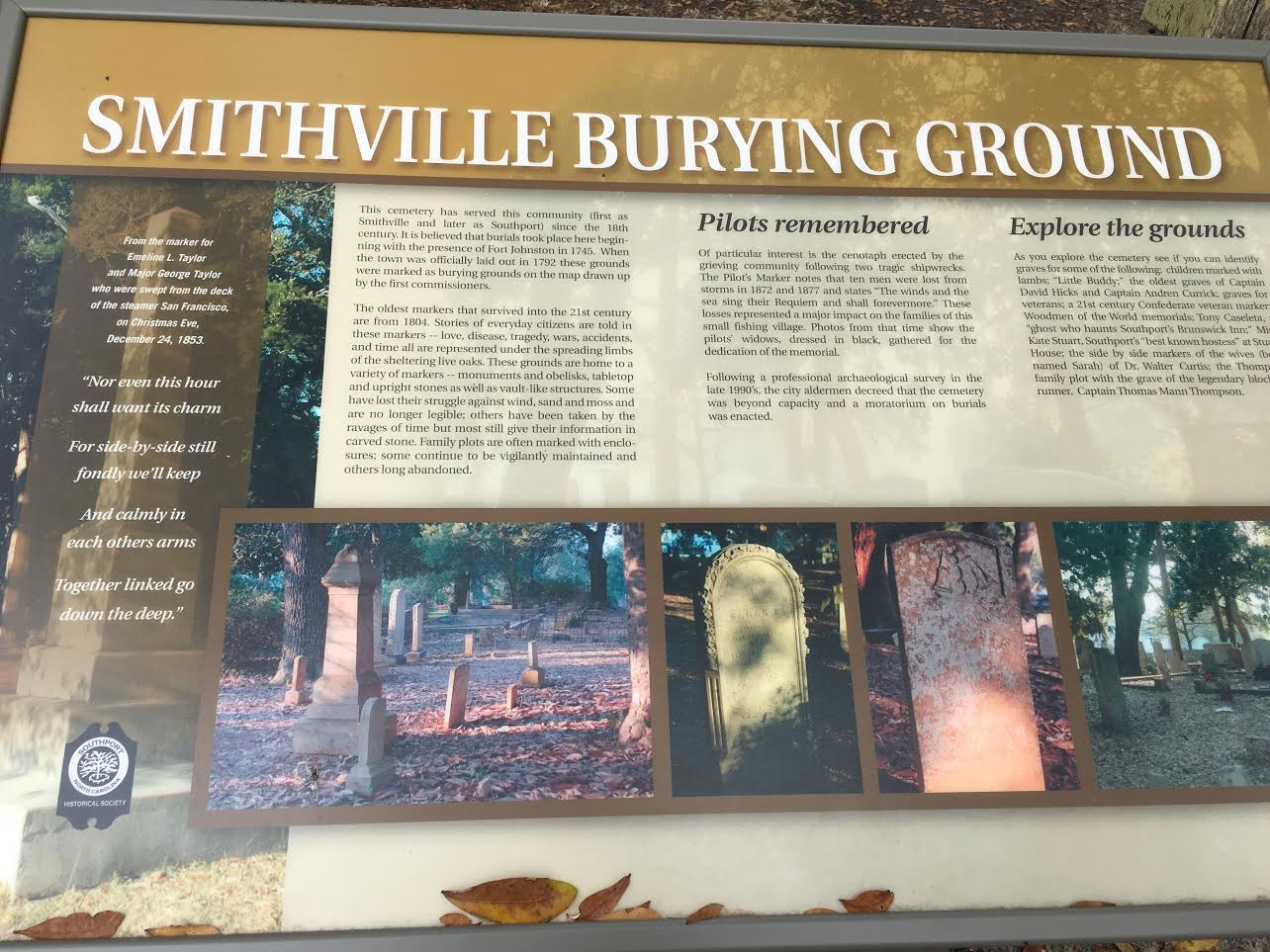 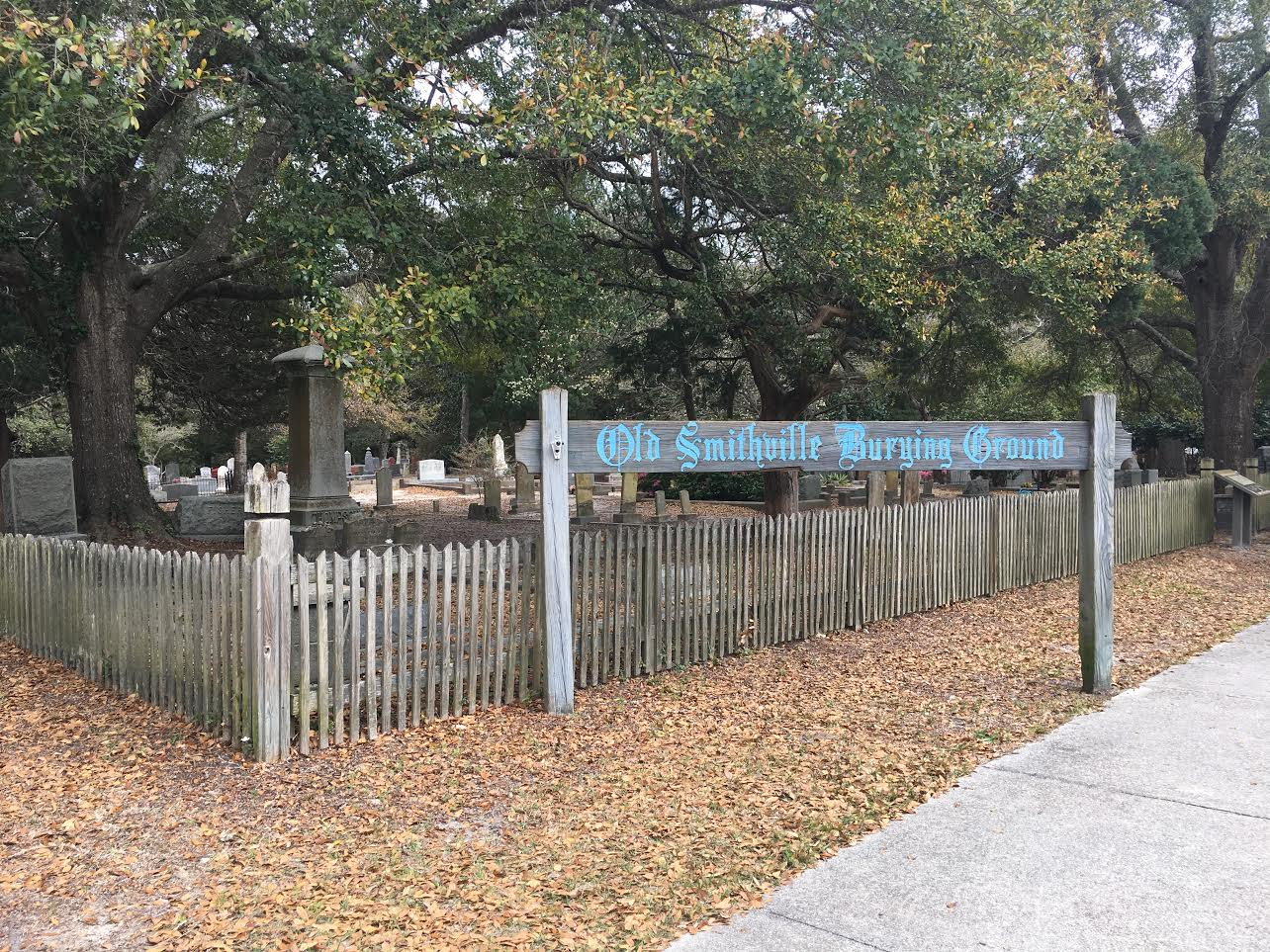 Soon after the English build Fort Johnston in 1745 in what is now known as Southport, a community started growing around the military base. The people living around Fort Johnston needed a place to bury their deceased. So that is when the Old Smithfield Burying Ground was first started.

1,093 individuals are laid to rest in this two acre cemetery. There tombs are a reminder of the lives, young and old, that helped build the new town of Southport into the town it is today. The cemetery is covered by a large shady oak tree and surrounded by an old run-down wooden fence. Even the sign making the cemetery is old, giving the location a creepy feeling. Many ghost stories told about Southport are based around the cemetery.

Smithville, the original name for Southport, was named after Governor Benjamin Smith. He was buried in the Old Smithfield Burying Ground. He was born near Brunswick County in 1756. He served with honor in the American Revolution as a colonel and fought under the command of General George Washington. When he returned home from fighting to North Caroline, Smith served for 25 years in the State Senate before he became governor in 1810. He died in 1816, also in Brunswick County. Even though there is some dispute about where his exact burial location is, there is a stone marker in the cemetery to commemorate his life.

Another notable monument in the cemetery honors General Robert Howe. His life both began and ended in Brunswick Country, and then even was buried in there. He was the captain of Fort Johnston in 1766. In 1775, Howe became the commander of the 2nd North Carolina regiment. He also served under George Washington in New York and New Jersey in 1881. While he was running to be in the North Carolina state legislature in 1786, he caught a fever and passed away.