The community of Hamilton was established in 1827. The local cemetery includes burials that predate the Civil War and includes the remains of former slaves as well as former slave masters. Like many other cemeteries, Hamilton Cemetery was racially segregated. While the "white side" of the cemetery has been well-maintained over the years, the African American side was poorly maintained and there are many questions surrounding responsibility for the property.

A few graves in the "Black Section" of Hamiton Cemetery 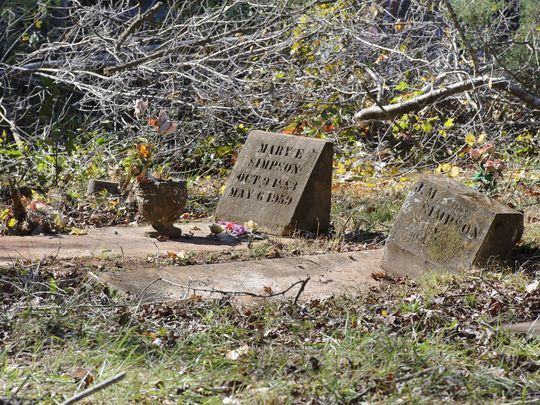 The "White Section" of Hamiton Cemetery has been well-maintained and there is clear legal ownership and responsibility for maintenance. 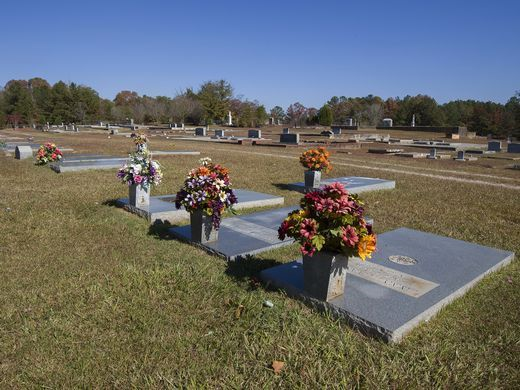 Like every Southern and even most Northern communities, Hamilton residents maintained separate burial plots for white and Black residents. What makes this cemetery unique is the existence of a sign that says, “whites only." While the groundskeepers maintained the white section, the African American section of the cemetery was not well-maintained. According to a local resident, “the earlier graves in the Black section are hidden far back in the cemetery and they are unmarked”.

The graves that have been marked are dated as far back as 1935. There is no known owner of the African American section of the cemetery. Andrea McNally, a local historian, has led efforts to clean up the Black side of the cemetery for many years. She reports frustration by the lack of records. In an interview, McNally reported that everyone she approached was unable to answer her questions but knew about the color line as they asked her "are you referring to the white or Black cemetery.”

Identifying who has ownership of the cemetery is important because they are responsible for maintaining the area. “Georgia state law allows but doesn’t require local governments to maintain abandoned cemeteries. Both county and city officials deny ownership”. In most cases, Black cemeteries were started by a family or church.While the "white side" of the cemetery is owned and maintained by Hamilton Cemetery Association, there is no clear ownership or responsibility for the African American section. McNally is hoping that the courts will intervene and a judge will determine that the county or city owns the property and is responsible for maintenance.

It is not uncommon for Black cemeteries in the south to be abandoned or lost to history. In many cases, city leaders of members of a Black church decide to take responsibility for a cemetery.