This African American congregation traces its roots back to the late 19th century. This church building was acquired in 1966 after the acquisition of a former Jewish synagogue.

Bethany Baptist at the first location 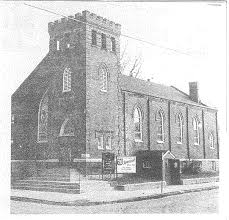 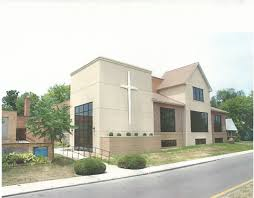 Established in 1891, Bethany Baptist Church began with services and a Sunday School in a small church on East Fifth Avenue. At that time, the Sunday School offered instruction for thirty young people. The church moved to 10th Avenue and grew slowly, with members bringing friends to service and offering baptismal services in a stream in a stream on East Fifth Avenue. The congregation raised funds for a building of their own at the turn-of-the-century, but like so many organizations they lost half of their money when their bank failed. Despite the failure of the North Side Bank, the congregation continued to raise funds and under the direction of Reverend William Z. Thomas the church was able to secure a new building on the corner of East Fourth and North Sixth Street in 1906.

In March 1906, Reverend Thomas resigned and in September of that same year, Reverend William J. Jones came to preside over the church. During Reverend Jones's tenure, a number of auxiliary organizations and clubs were formed that helped serve the church and the surrounding community. In 1914 Reverend Jones accepted a new position with a church in New Jersey and Reverend J. W Carter came to Bethany as the new pastor. Under his leadership, a vacation Bible school was formed and the Teenage Guild and Sunshine Band was established.

In 1960, Pastor Wilson Wood started his tenure at Bethany Baptist. During the beginning of his term as pastor, the number of deacons and deaconesses increased dramatically. In  1961 the church recognized that their current building was too small for their growing congregation and they raised funds over the next five years to purchase a new building. In February of 1966, the church acquired this building, which formerly held the Beth Jacob synagogue.

In 1981, Reverend Oweyo came to Bethany from Kenya to be baptized into the Christian faith. That year he was baptized and ordained at Bethany and he asked Pastor Wood to go back to Kenya with him to assist him with setting up several new ministries in his home land. During his time over there Pastor Woods ordained eight ministers and several men continued on the journey to becoming ministers. In 2005, there were several programs created through the Bethany Community Development Corporation aimed at community advancement and education. In 2010, the church established the Gertrude Wood Foundation in honor of the wife of Pastor Wood. Pastor Wood joined his wife in the afterlife in 2011 and the congregation selected Reverend K. Adams to lead the community at Bethany Baptist.