Dedicated in 2016, this statue honors Fort Smith local General William O. Darby, the first commander of the U.S. Army Rangers. The unit became known as Darby’s Rangers, and several area schools and a military installation are named in honor of the unit's leader. Darby was even the subject of a popular 1958 Hollywood production, Darby's Rangers. Darby led the first Americans who engaged the German army in combat in North Africa as part of Operation Torch. This statue was dedicated 71 years to the day when Darby was killed by a German artillery shell in Italy. 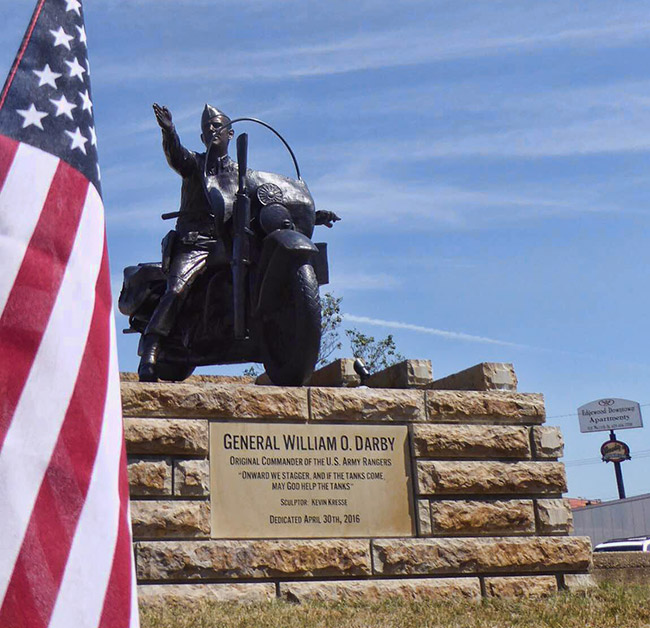 Darby on his classic motorcycle in North Africa 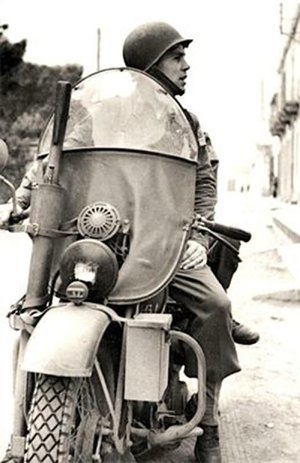 Lt. Col Darby with a fellow officer in Salerno, Italy 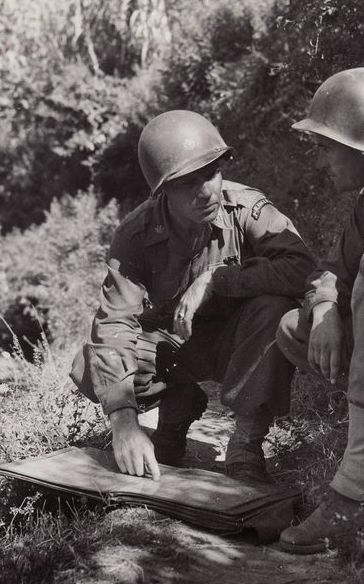 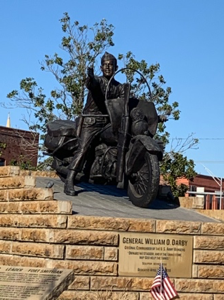 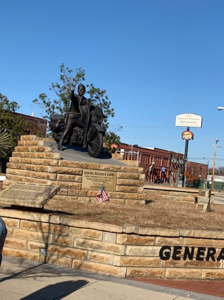 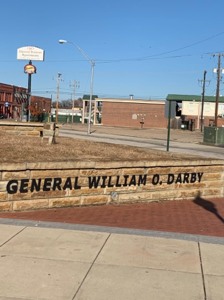 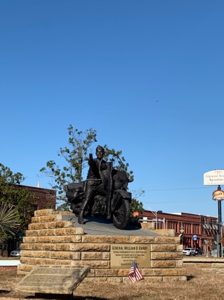 This statue of General William O. Darby depicts the Fort Smith native on a Harley-Davidson MLA motorcycle which was designed for military use. Darby was the first commander of the U.S. Army Rangers. After graduating high school in 1929, Darby went on to attend the Unites States Military Academy at West Point where he graduated in 1933. Darby was first assigned to Fort Bliss, Texas, but following Pearl Harbor, he was tasked to train the U.S. Army Rangers. This group was initiated on July 9, 1942 and fought in North Africa and in Europe.

Darby was killed in action in Italy on April 30, 1945, just days before the end of World War II. While preparing aircraft for a mission, a German shell exploded nearby and Darby was hit by shrapnel. Darby was buried in Cisterna, Italy, but was later re-interned at the Fort Smith National Cemetery in 1949.