Anna Maria Island City Pier was built in 1911-1912, by the Anna Maria Development Company. The pier was built to provide a dock for ships from St. Petersburg and Tampa. The pier extends 678 feet and an additional 58 feet for the dwarf. The pier now is very popular among tourist and locals due to the attraction of fishing.

Entrance to the pier 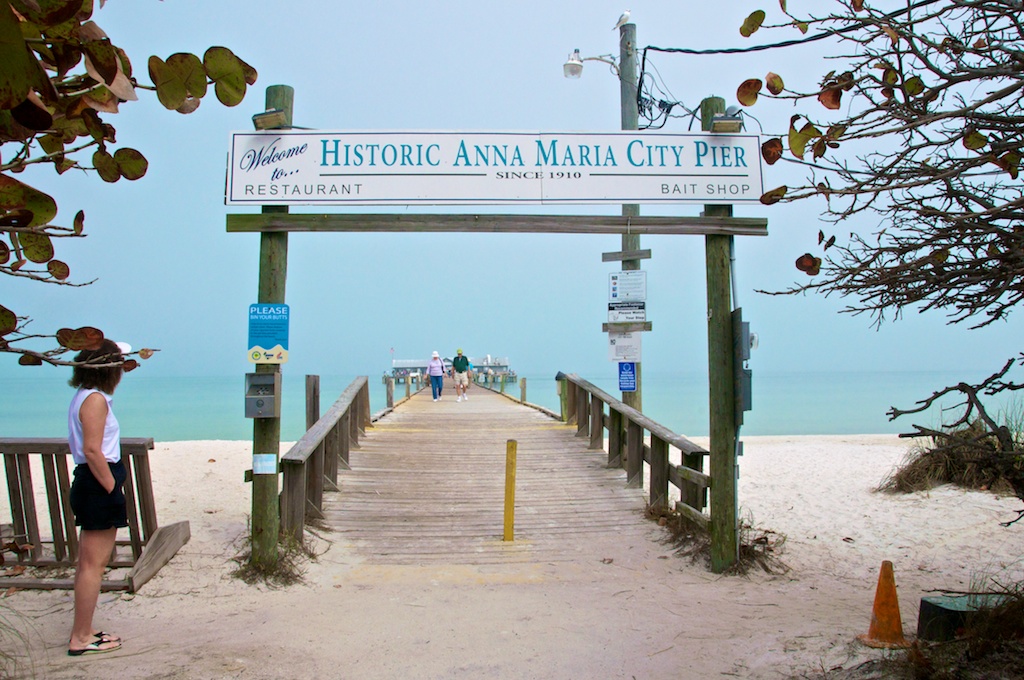 One of the building on the pier 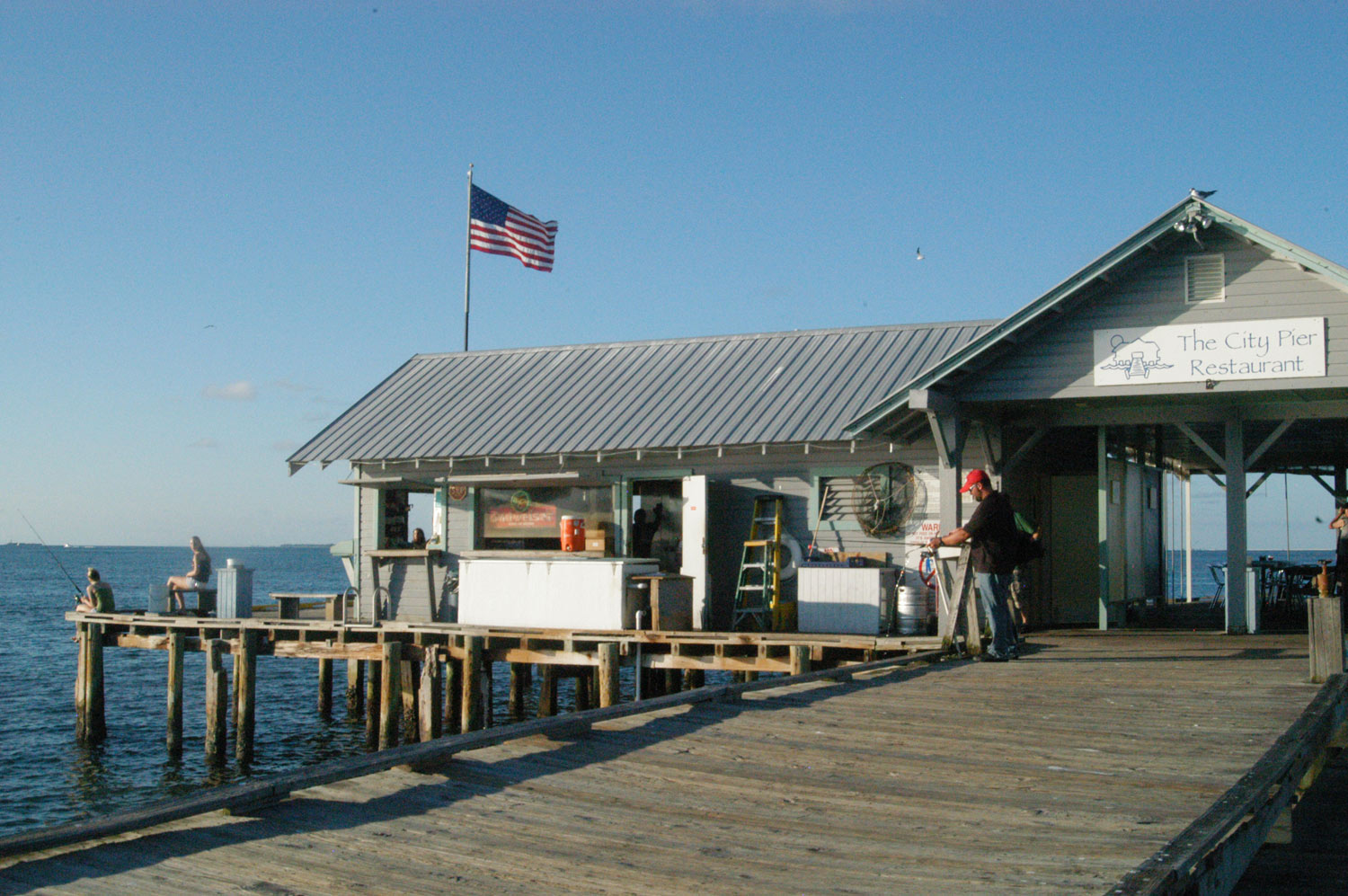 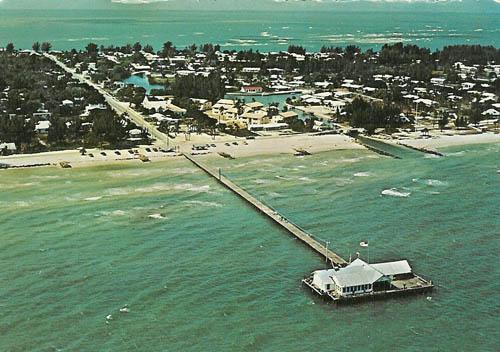 In 1911-1912 the Anna Maria Development Company built the city pier and wharf to provide a dock for ships from Tampa and St. Petersburg. The pier is 678 feet long, while the wharf extends an additional 58 feet into the Tampa Bay.

George "Will" Wilhelm Bean father purchased North Point property on Anna Maria island in 1893, and Will had big plans for it. Aside from the planned streets and sidewalks for the “finest resort on the west coast of Florida” the entrepreneur first had to find a way for travelers to approach the detached island paradise. Bean built a grand pier to receive steamboat traffic.

The pier was the center of activity. Not only did the island now have easy access to suppliers, but now excursion boats could dock. In the early 1920s, two buildings sat at the end of the pier. On the left, the Lotus cottage was built for the family of John Price, a Tampa banker. The Cottage had four baths and four bedrooms. On the right, an icehouse for island residents was built. The building then became a fish cannery but failed shortly after. It was rebuilt as a rental cottage named Belle Haven and owned by Charles Roser.

The pier has since withstood hurricanes and lesser storms too many to mention.  Although parts were damaged in storms in 1918, 1935, 1974 and 1988, each time the pier has been restored to its original form.

While money provided by Franklin D. Roosevelt’s New Deal helped make necessary repairs in the 1930s, many of the buildings had already rotted away. A storm in the 1970’s carried off  two-thirds of the dock and the city paid $30,000 to replace it. The buildings at the end became a restaurant and bait shop, which are still there today.

Since the pier's opening, it has been a popular fishing spot. Just after the pier was finished, the Anna Maria Beach Company printed a brochure claiming that Anna Maria was “Florida’s famous year-round resort.” Over the years it has provided roosts for pelicans and other sea birds, has been an important destination to residents and visitors, and has nurtured the hopes of fisherman.