This four-acre memorial park includes a variety of monuments that commemorate President Franklin D. Roosevelt's Four Freedoms speech that he delivered in his eighth State of the Union address in 1941. Roosevelt gave this address to address the differences between a democratic nation such as the United States and the empires and fascist regimes fighting to control Europe and Asia. The park includes monuments dedicated to each of the four essential freedoms Roosevelt identified: the freedom of speech, freedom of worship, freedom from want, and freedom from fear.

The park includes a number of monuments, such as this which includes a portion of the Four Freedoms Speech. 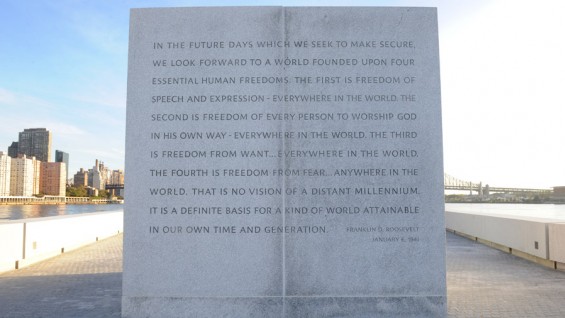 This aerial view of the Four Freedoms Park shows its position at the end of Roosevelt Island. 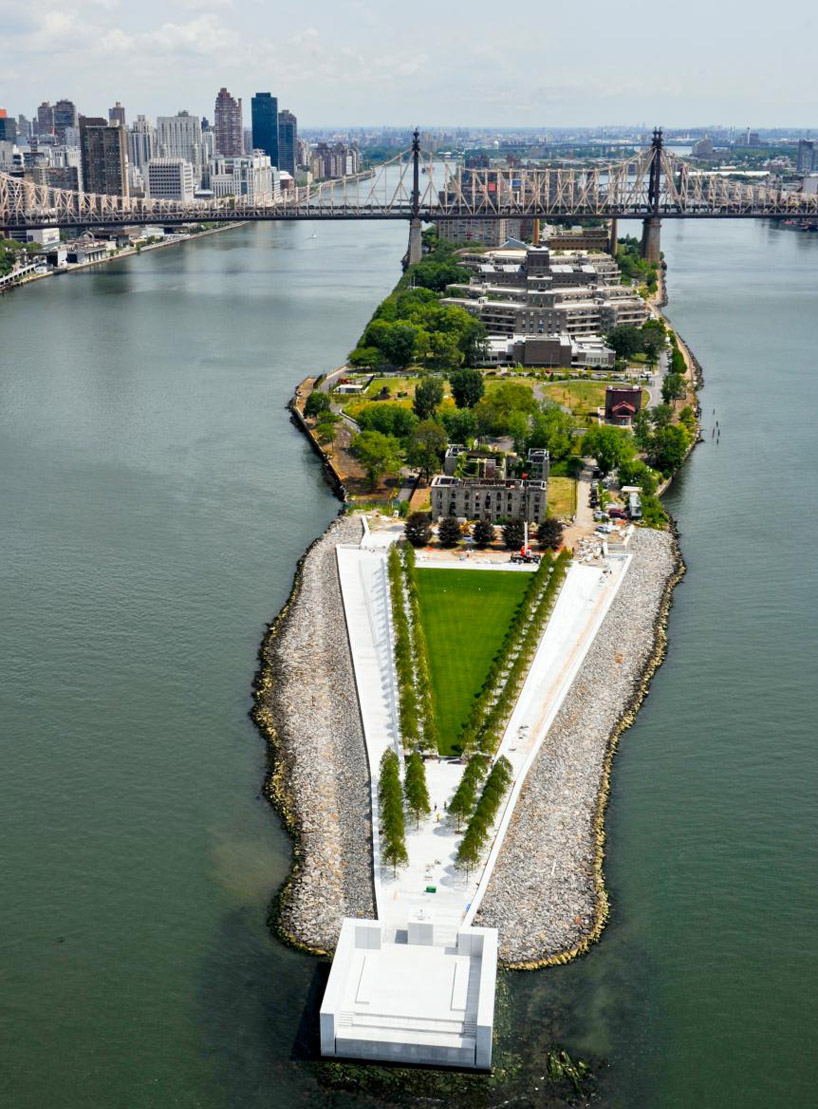 The park includes a bust of FDR among the many monuments. 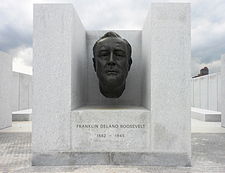 The Four Freedoms Park against the New York skyline. 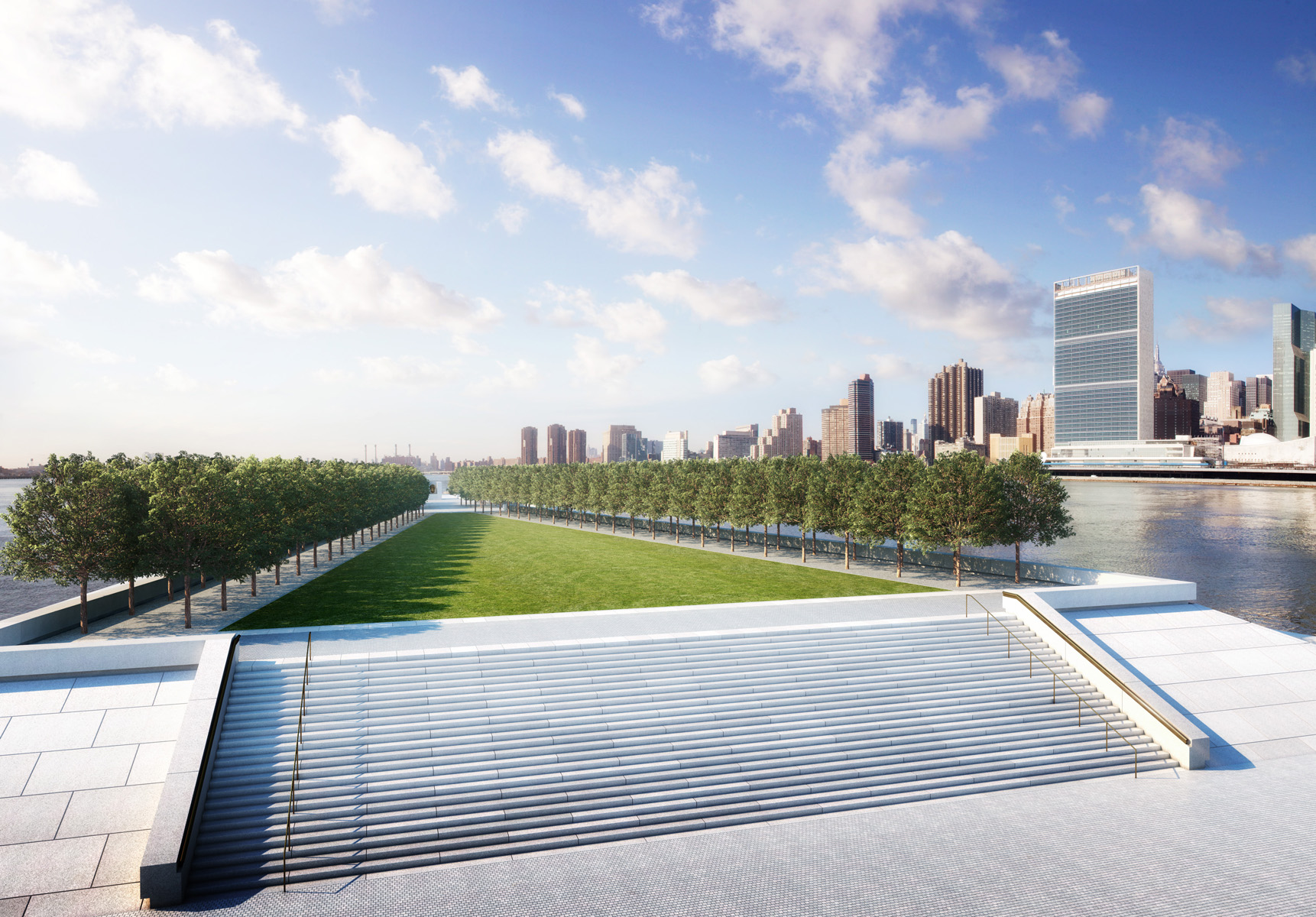 On January 6, 1941, Franklin D. Roosevelt delivered the Four Freedoms speech at his State of the Union Address. Eleven months later, Rosevelt and Congress declared war upon the empire of Japan following the attack on Pearl Harbor. In the 1920s and 1930s, Americans had returned to their historical aversion to standing armies and military intervention in world affairs. As Nazi Germany began invading European nations, however, Roosevelt sensed a shift in public opinion and delivered this speech as part of his effort to move Americ towards assisting the Western Allies. Roosevelt openly called for support of his "lend lease program" which called for the American production of arms and munitions delivered to the Western Allies on generous terms. Roosevelt also declared his vision for the world founded on the freedom of speech, freedom of worship, freedom from want, and freedom from fear.

Architect Louis Khan began the design for the park but did not live to see its completion. The park is located at the southernmost end of Roosevelt Island and looks out over the East River. A portion of the Four Freedoms Speech given by FDR is inscribed onto a monument in the park: