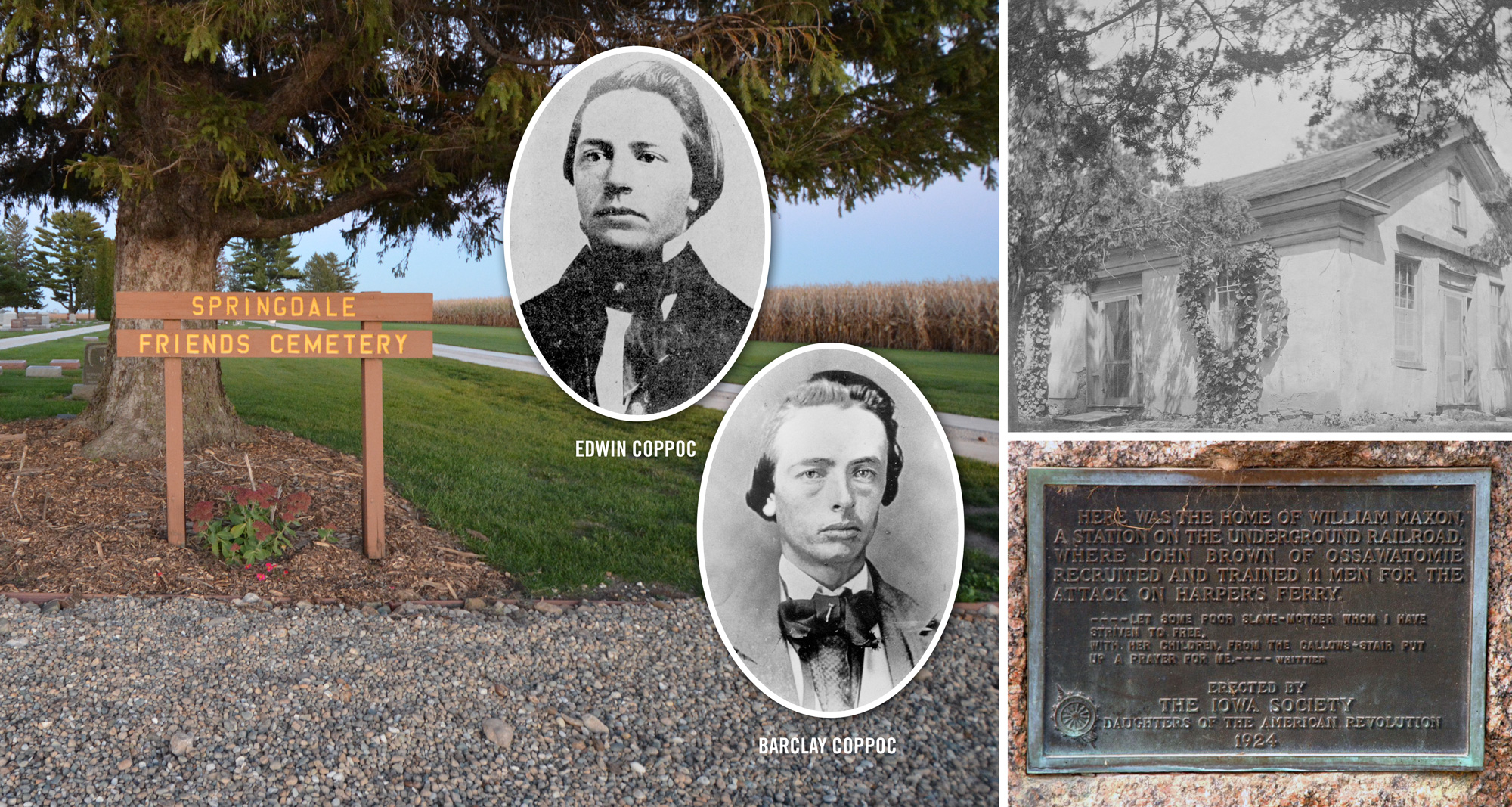 The Underground Railroad and Iowa

After sneaking through Iowa City, the John Brown entourage arrived in Springdale on February 25, 1859. Springdale was a Quaker hamlet established in 1854 and Brown and his men had spent the previous winter there, staying with William Maxon and conducting military drill. This time, the group would stay in Springdale for two weeks before boarding trains to Chicago.

After Brown’s raid in Missouri was published in newspapers a reward was offered for his capture. This concerned residents of Springdale and the posted sentries in case a mob from Iowa City might try to intercept him at Springdale.

Two men from Springdale, brothers Barclay and Edwin Coppoc, joined Brown’s force. They continued with Brown until the failed raid on the US Federal Arsenal at Harpers Ferry, West Virginia. Edwin was captured and hung after the attack, while Barclay escaped. He went on to serve as a Lieutenant in the US Army and died in a train crash over the Platte River in 1861.

A historic marker is located at Springdale Friends Cemetery, a nearby publicly accessible site near the location of the former Maxon home (see photo).