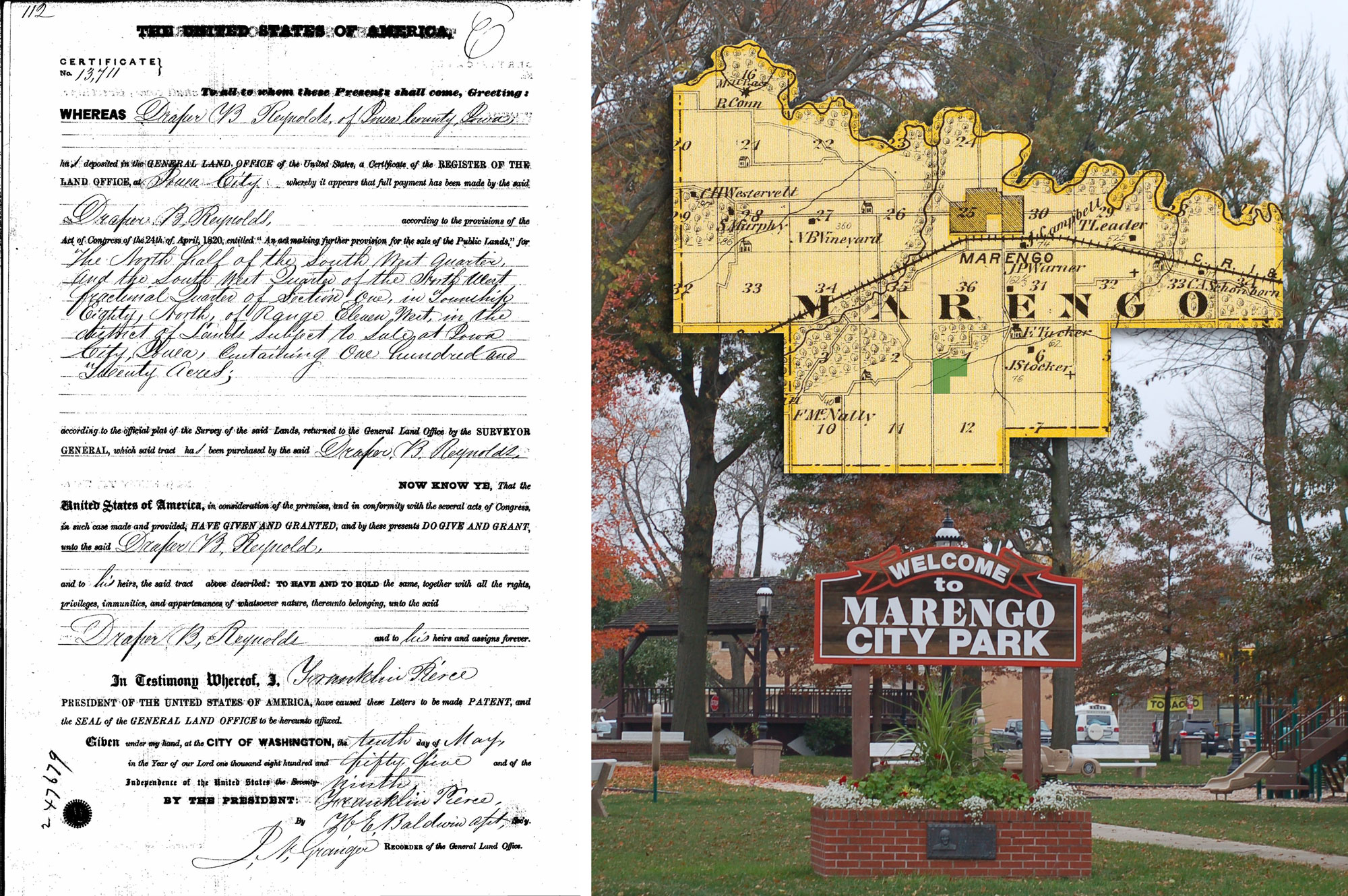 On February 20, 1859 John Brown’s group, made up of 12 escaped slaves and Brown’s 10 men overnighted at the Draper B. Reynolds Farm 1.5 miles south of Marengo, Iowa.

By the time they arrived in Marengo, the Brown entourage had been travelling for nearly two months. After rescuing slaves in southwest Missouri, they moved north through Kansas and Nebraska and arrived in Iowa on February 4.

Draper, a Pennsylvania native, homesteaded south of Marengo in 1855 (see map). He was 49 years old when he sheltered Brown’s entourage of abolitionists and freedom seekers. Draper passed away in 1875 at the age of 68 is buried at the Old Marengo Cemetery.

A marker in Marengo City Park is the closest publicly accessible place to where John Brown stayed at the Reynolds Farm.