This historic New York hotel opened in 1927 and was operated by the Sheraton corporation from 1948 to 1983. The hotel features the Renaissance Revival style of architecture and with its sixteen hundred rooms and location near many iconic New York City landmarks and establishments, the Park Central continues to be a favorite for tourists visiting the Big Apple. Beyond its elegant facade and interior, Park Central is best known for an event that occurred within a year of its opening. The hotel was one of the preferred meeting places of Arnold Rothstein, a leader of New York's organized crime circuit in the 1920s, and Rothstein was shot and killed in the hotel. A similar fate befell Albert Anastasia of the Albert Gambino crime family who was killed in the hotel in 1957. The hotel has been frequented by many celebrities and world leaders and was also the site of a speech by Martin Luther King Jr. Eleanor Roosevelt lived in a suite at the Park Central from 1950 to 1953 while she worked as the US Representative to the United Nations Commission on Human Rights.

This photo shows the hotel shortly after its opening 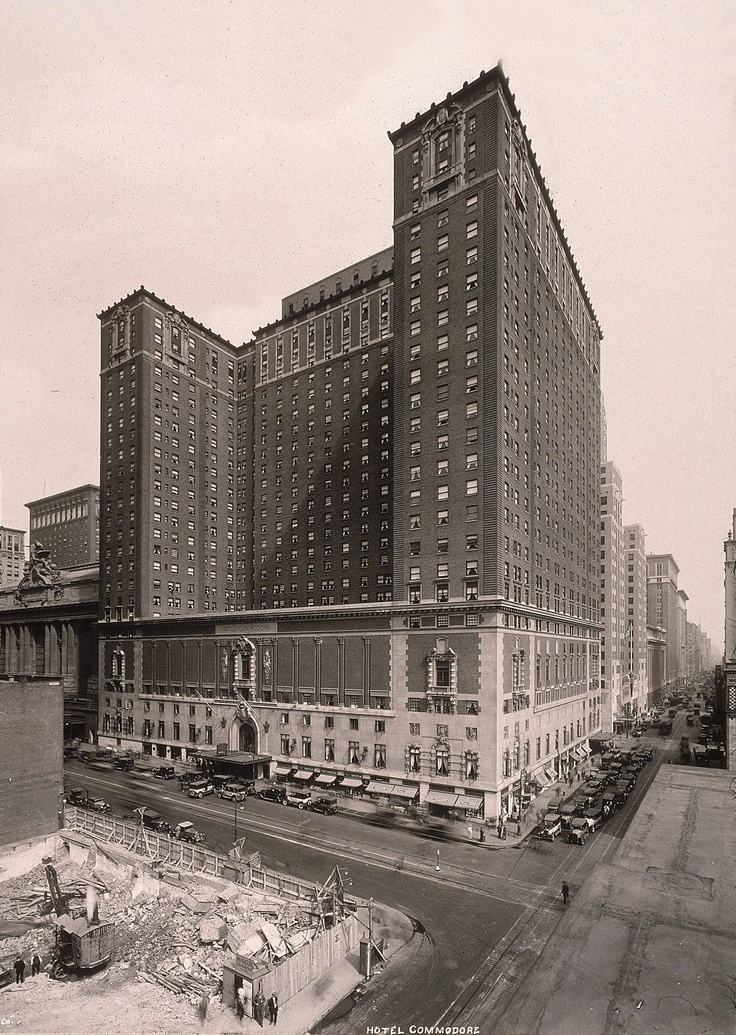 Arnold Rothstein was a racketeer, businessman, and prolific gambler who in many ways was the original "Don." 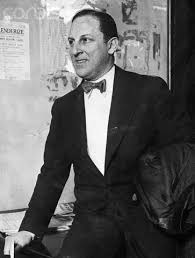 Today, the Park Central is a popular independent hotel owing to its elegance and proximity to top New York attractions. 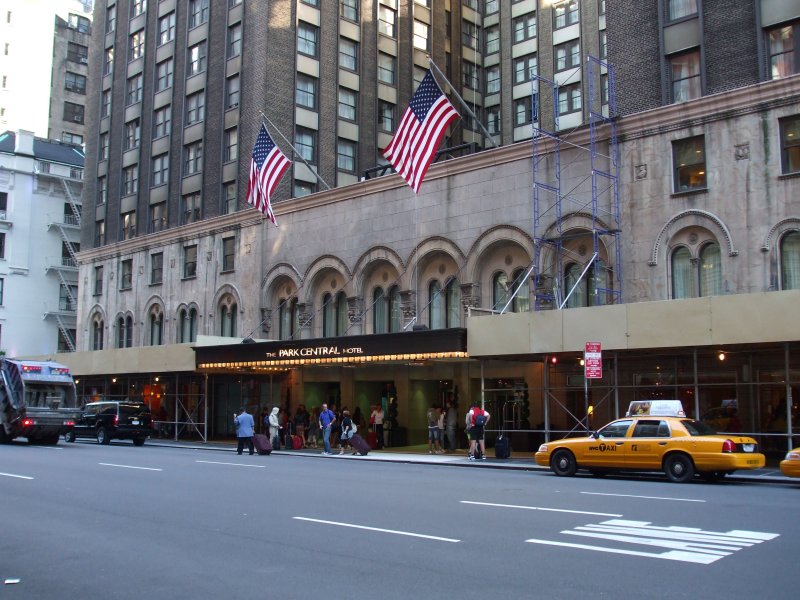 In 2013, archivists discovered this recording of King's 1962 speech to the New York Civil War Centennial Commission. 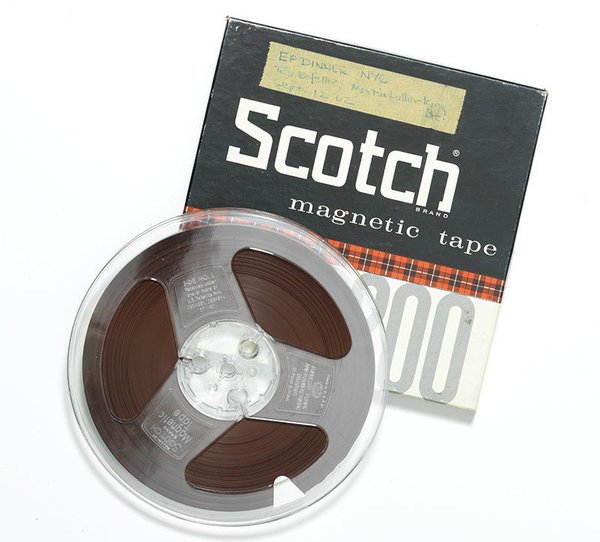 Nelson Rockefeller invited King to speak and is pictured with King at the hotel along with Cardinal Francis Spellman on the left. 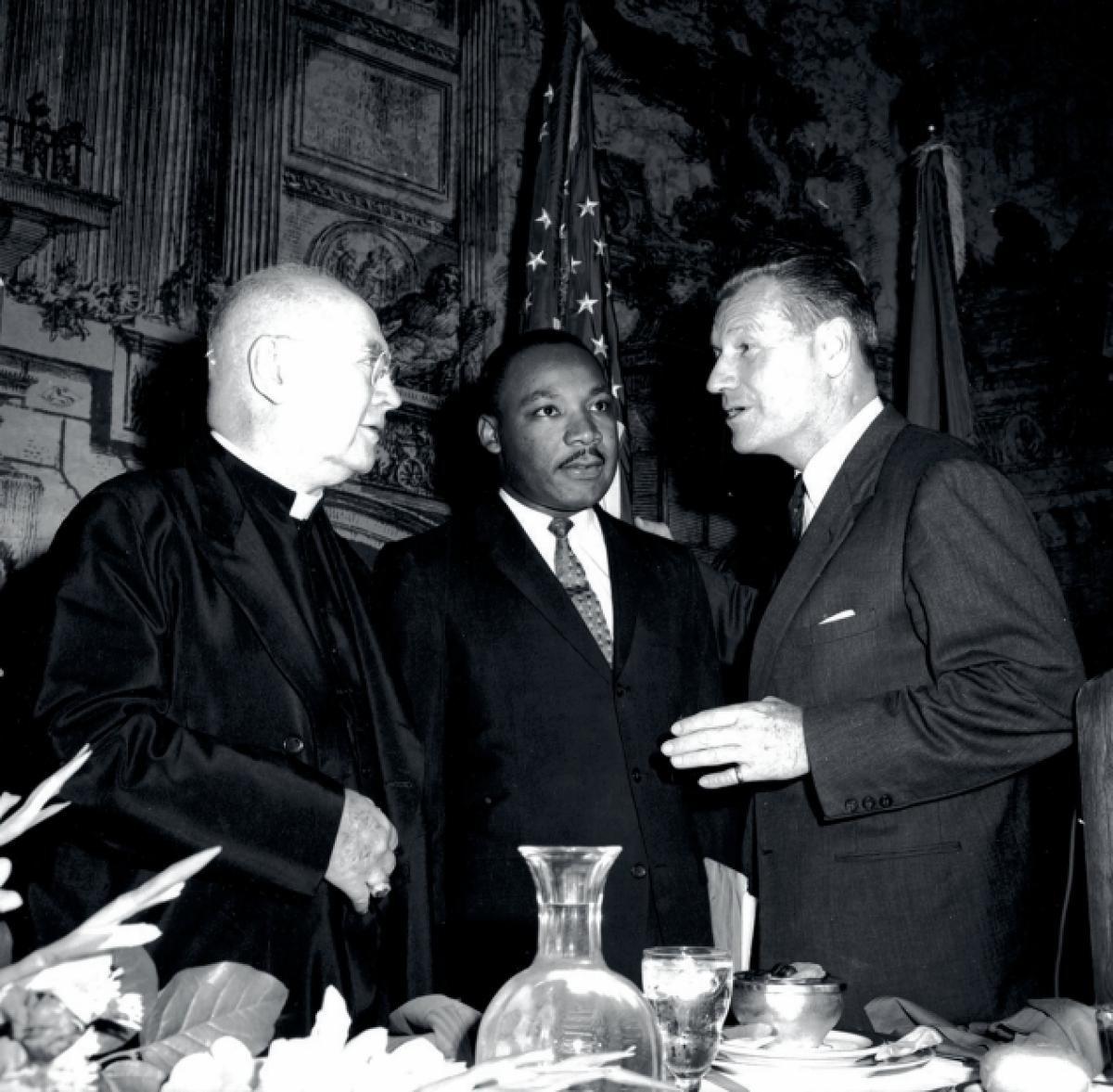 Arnold Rothstein was murdered in this hotel in 1928, nine years after he allegedly "fixed" the 1919 World Series. Rothstein was born in 1882 and from a young age, he Rothstein demonstrated skill as a gambler. By the time he was 20, Rothstein was operating his own casino and quickly cultivated a reputation for being cunning and manipulative which earned him many names like "the Brain," "Mr. Big," and "Big Bankroll." In addition to his gambling, Rothstein was also heavily involved and influential in racketeering and selling liquor during prohibition. His techniques were followed after his death by some of the largest crime syndicates of the 1930s.

Arnold Rothstein's proclivities often involved gambling and crime. For example, he purchased and operated a horse track in Maryland where he was suspected of rigging the races. Rothstein denied these allegations, but few believed him, especially after his involvement with the infamous World Series of 1919. Five White Sox players were found guilty of throwing the game to the Cincinnati Reds and two of those men were indicted for their involvement. Rothstein is considered to be the mastermind behind the operation and he won approximately $350,000 for betting against the heavily-favored White Sox. Rothstein was indicted for his involvement but never convicted of any crime relating to the incident.

Rothstein was killed inside one of the hotel's suites in 1928. The same fate befell Albert Anastasia, a founding member of the Gambino crime family. In 1957, Anastasio was shot dead in the Park Central's barbershop. Both men turned to organized crime at a young age, and both wound up dead in similar fashion in the same place. Rothstein was one of the original "big men" in the organized crime profession, and his death occurred just one year after the illustrious hotel opened.

The hotel was also home to leaders who fought for human and civil rights. Eleanor Roosevelt lived in one of the hotel suites from 1950 to 1953, a time in which the widowed First Lady helped shape the United Nations Committee on Human Rights. On September 12, 1962, Martin Luther King Jr. delivered a speech commemorating the centennial of Abraham Lincoln's preliminary Emancipation Proclamation. In that speech, King challenged the prevailing view among many whites that the United States had become a place of racial equality. "If we look at our history with honesty and clarity we will be forced to admit that our Federal form of government has been, from the day of its birth, weakened in its integrity, confused and confounded in its direction, by the unresolved race question," King exclaimed. The only known audio recording of that speech is linked below.

Images of Martin Luther King and the Park City Hotel from the New York State Archives.