Cafe au Go Go was a Greenwich Village night club, host to a multitude of music groups, folksinger, and comedians. Maybe the most famous scene, though, was the arrest of Lenny Bruce, an edgy stand-up comic trying to bypass multiple state obscenity laws to perform his act. The New York District Attorney's office sent an investigator to the Cafe to take notes on Bruce's act and the comedian was arrested upon existing the building. This incident led to his indictment, where he was convicted and died of a morphine overdose during appeal. 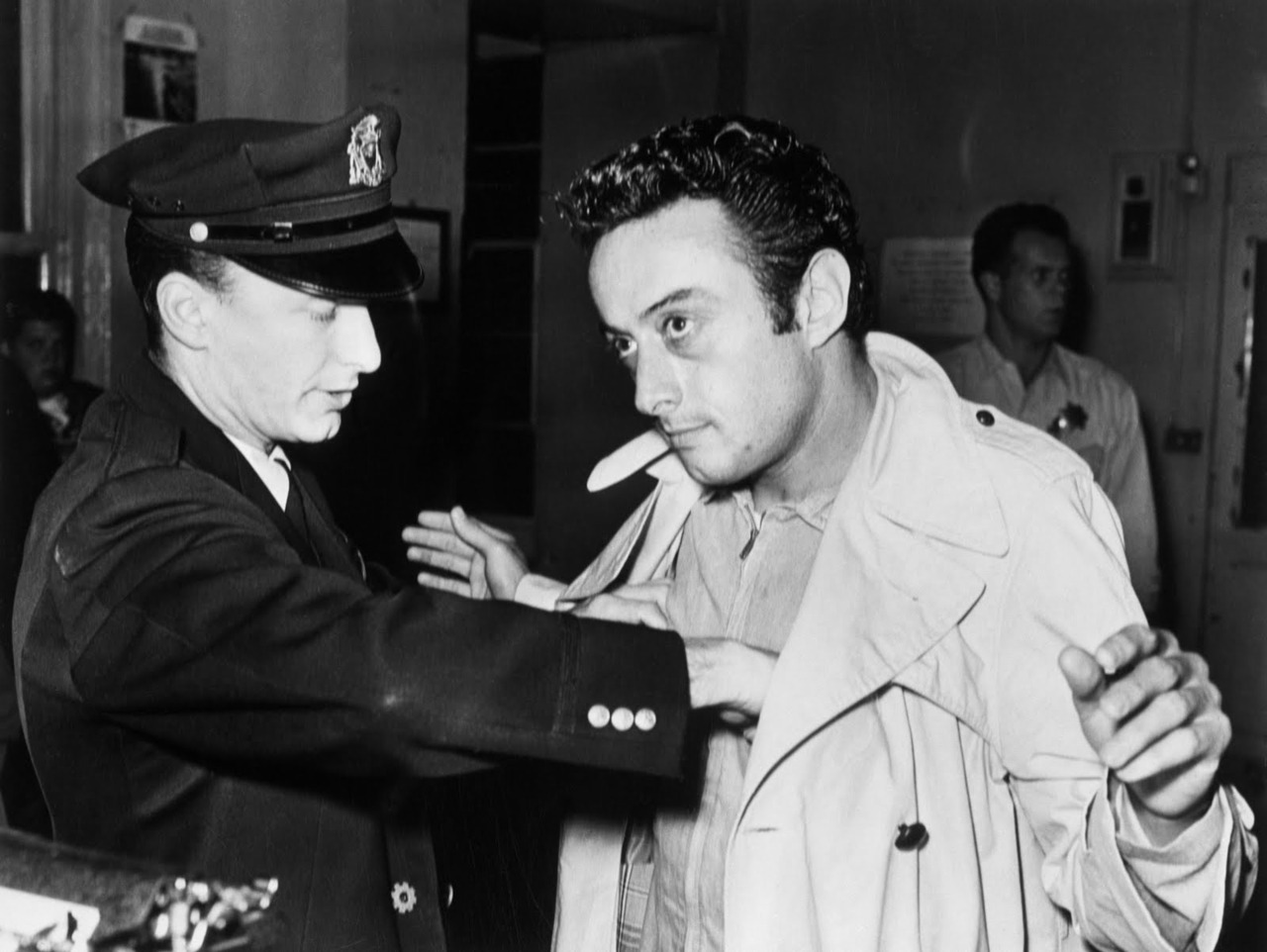 The old Cafe, which has since been replaced by the Capital One building on the corner 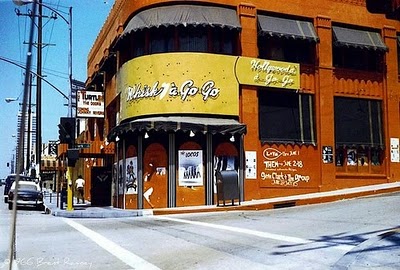 Launching his comedy career in the late 1950’s, Lenny Bruce was one of the first edgy stand-up comedians who paid the price for being a trailblazer. His comedy was seen as “obscene at the time,” using profanity, sexual innuendoes, and a streak of brutal honesty. Though this edginess got him in trouble, his new brand of humor also landed him performances at prestigious venues like Carnegie Hall. In the 1960’s, he started getting arrested in multiple cities for violating state obscenity laws— first in San Francisco and Los Angeles for violating California obscenity law, then in Chicago, and later again in California. He was tried of being harassed in California, so he moved his act to New York City with the hopes of being left to do his act. Bruce was not so lucky. New York City district attorneys sent undercover agents to two of his performances. A former CIA agent sat in the venue, meticulously taking notes on the “obscene" material. The act included a lot of commentary on the female body, up to Eleanor Roosevelt’s breasts. In response to a photo of Jackie Kennedy climbing out of the covetable in Dallas to “get help,” Bruce mused “builshit. She hauled ass to save her ass,” as anyone would have done. He closed the show with his most offensive segment “Guys Are Carnal,” which suggested that men are willing to have a one-night stand with “just about anything that moves, including a chicken.” Martin Garbus, a co-counsel for Bruce speculated that Bruce faced prosecution because of "his attacks on religion and public figures, rather than because of his use of dirty words,” though his act contained both.

The District Attorney’s office convinced a grand jury to indict under the New York penal code, which barred “obscene, indecent, immoral, and impure dram, play, exhibition, and entertainment…which would tend to the corruption of the moral of youth and others.” Bruce had two of the best first amendment lawyers in the country on his side. At the trial, prosecution relied on testimony of Inspector Ruhe, the note-taker, who seemed nervous and embarrassed to repeat the routine, to which Bruce expressed his frustration: “I’m going to be judged by his bad timing, his ego, his garbled language.” The growingly desperate comic even pleaded to perform his routine in front of the judges so they could understand the meaning behind his comedy. The prosecution also brought in sociologists, professors, and literary experts. The most extreme criticism of Bruce came from sociologist Ernst Van den Haag, who described Bruce's routines as a "sort of verbal diarrhea—instead of defecating on a stage in a literal sense, he does it through orality."  Bruce’s team countered with psychologists who said his performance was not “sexually arousing,” media experts who said it didn’t offend community standards, and literary critics that argued the “social importance of Bruce’s brand of humor.” He also included a petition signed by entertainers and authors that read “Whether we regard Bruce as a moral spokesman or simply as an entertainer, we believe he should be allowed to perform free form censorship or harassment.”

The court found his performances “obscene, indecent, immoral and impure” and that the act “appealed to prurient interest,” was “patently offensive to the average person in the community,” and “lacked redeeming social importance.” They sentenced him to four months in prison where he died of a morphine overdose before the conviction reached an appellate court. In 2003, after receiving pressure from first amendment advocates, Governor George Pataki issued Bruce the first posthumous pardon in New York history.