The Monster of Indiana Lakes first appeared in Lake Manitou, near Rochester, Indiana. The story of the monster originated with an ancient legend of the Potawatomi Indians. In the 19th century, sightings of this monster began at Lake Manitou and the first article about this creature was published in the Logansport Telegraph on July 21, 1838. Sightings and stories of this monster grew during the time that the Potawatomi Indians were being removed from the state of Indiana. Sightings and stories of the monster came to an end around the time that the Potawatomi were mostly removed from the area.

This plaque is located next to the dam and spillway of Lake Manitou. 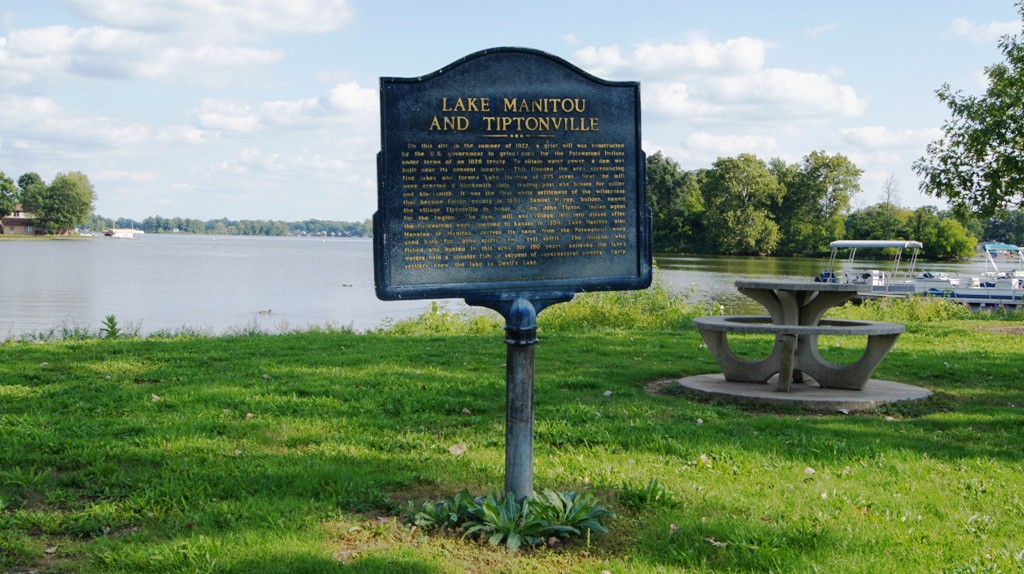 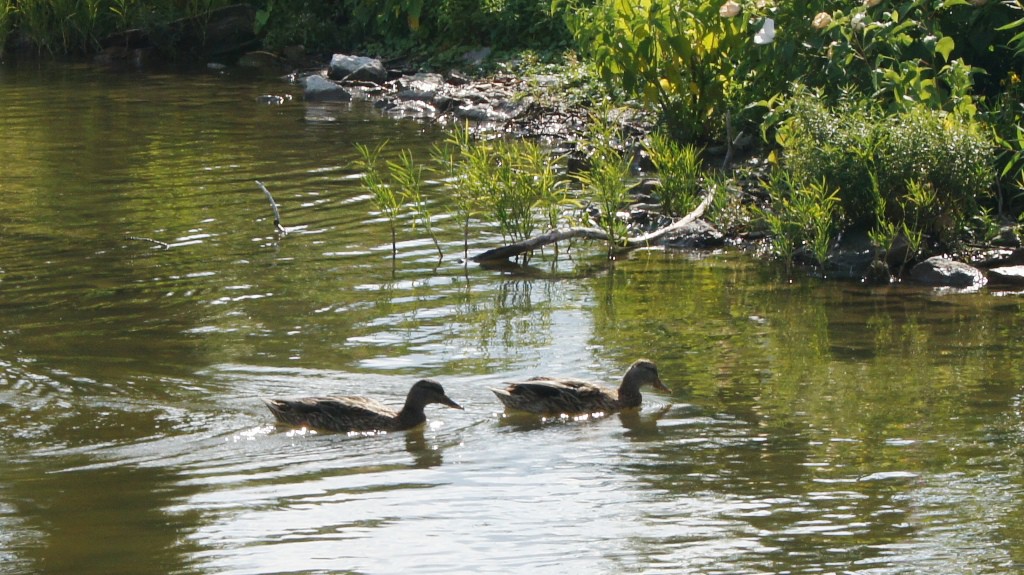 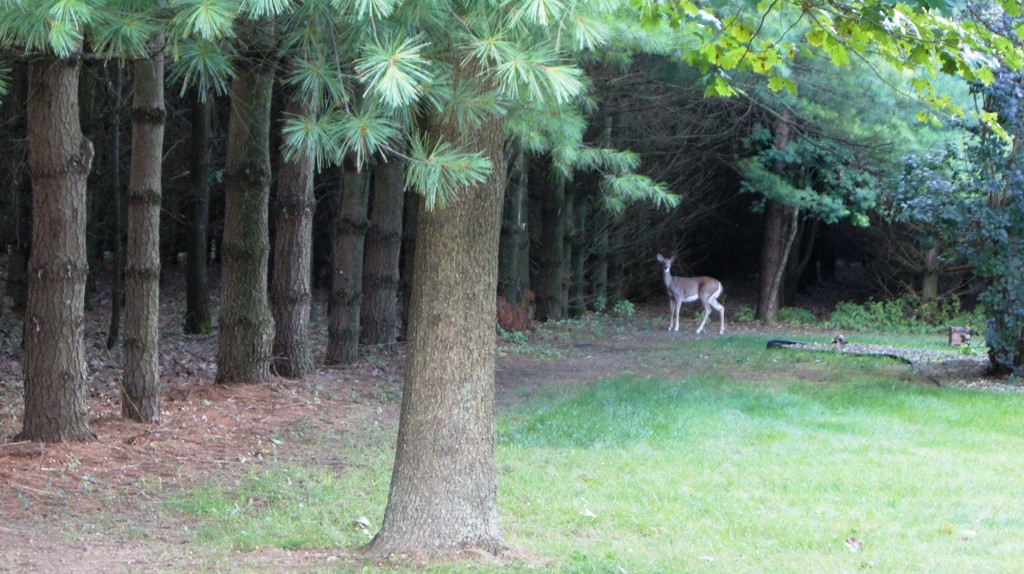 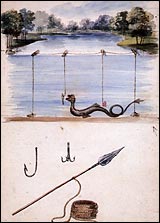 The monster of Indiana's lakes first originated from an ancient Potawatomi legend.1 Stories of this monster then made it's way to the Logansport Telegraph on July 21, 1838, following a sighting of the creature in Lake Manitou.1 Stories of this monster grew rapidly and the monster became the subject of public attention and fascination (1). Descriptions of the creature appeared in the Telegraph, describing the monster as sixty feet long, with a head of three feet in width, and a dingy coat, with yellow spots (1). An expedition was planned to remove the monster from Lake Manitou for the sake of scientific research (1). Articles of the monster included references to the Potawatomi legend and scientific explanations (1). Curiously, these stories were printed during the time that the Potawatomi Indians were being removed from the region (1).

There was an ancient legend of the Potawatomi Indians about Lake Manitou. This legend had been handed down for generations, before being accepted by the settlers in Logansport.1 Lake Manitou was called "Lake Man-i-toe" by the Potawatomi (1).  Potawatomi people refused to fish, bathe or canoe within the waters, believing that "Man-i-too," or a spirit inhabited the lake (1). This Potawatomi story formed the basis of the stories and sightings shared by White people in the 1830s.

Sightings of the Monster at Lake Manitou

When the Potawatomi Mills were first being built at the outlet of the lake, men building the mills, under the direction of General Millroy, first saw the monster (1). Many people in Logansport quickly dismissed their accounts until the monster was spotted again a few weeks later (1). Two men were fishing at Lake Manitou when they saw something swimming rapidly disturb the surface of the water. They guessed that the creature must have measured sixty feet.1 The men were startled and quickly made their way to shore.1 Following this account, a well-known individual of the town, Mr. Lindsey, was standing on the shores of the lake (1). He saw the creature raise its head three or four feet above the water, about two-hundred feet away from where he stood (1). He stared at the monster until it disappeared. Mr. Lindsey described the monster as having a "beef's head," that measured three feet across the frontal bone. He stated that the neck tapered from the head and it possessed the body of a serpent, with a dingy color and yellow spots.  Due to the increase of sightings and the credibility of Mr. Lindsey, many in the town believed in the existence of the monster.1 A few individuals proposed an expedition to catch and remove the monster from the waters for scientific research. This expedition was never carried out and stories of the monster came to an end when the Potawatomi Indians had been mostly removed from the area (1).

George Winter (1809-1876) was an English born painter who moved to Ohio in 1835. Winter arrived amid talk of Indian removal. He visited Indian communities and encampments to paint Potawatomi and Miami people on the eve of their forced removal from the Great Lakes. In addition, Winter painted images of daily life and nature in the Great Lakes and Ohio valley. Like many in the region, he was fascinated by the Potawatomi stories of a sea monster at "Lake Man-i-tou" and even created an image and diagram designed to catch the monster. In 1871, five years before his death, Winter wrote to B. Lossing:

I felt a deep interest in this inland lake as I had gathered up the facts in relation to the Indian story associated with it. (2)

As a settler in the Ohio valley, George Winter was curious about the contemporary Native Americans in his midst and his images are still admired for their detail and authenticity.

1 Smalley, Donald. "The Logansport Telegraph and the Monster of the Indiana Lakes." Indiana Magazine of History, vol. 42, no. 3, 249-267. Published September, 1946. Indiana University Department of History.

2. Sarah E. Cooke and Rachel B. Ramadyani, Indians and a Changing Frontier: The Art of George Winter (Indianapolis: Indiana Historical Society in Cooperation with the Tippecanoe County Historical Association), 124-125.