The station is one of the oldest and largest early railroad buildings in Florida. It is also one of three stations built before the Civil War still standing. It was originally built in 1858 by the Pensacola and Georgia Railroad, which provided freight and passenger service east to Lake City. Over time, other railroad companies extended services to the east, west, and north. The building is in the shape of a long rectangle and features Classical ornamentation. It was added to National Register of Historic Places in 1997. The station operated until 2005 when Hurricane Katrina struck the southern coast. An organization called the Southern Rail Commission has been leading an effort to revive train service from New Orleans to Florida.

The Jacksonville, Pensacola and Mobile Railroad Company Freight Depot was originally built in 1858 and was in operation until 2005, when Hurricane Katrina hit the southern coast, causing extensive damage in the entire region. 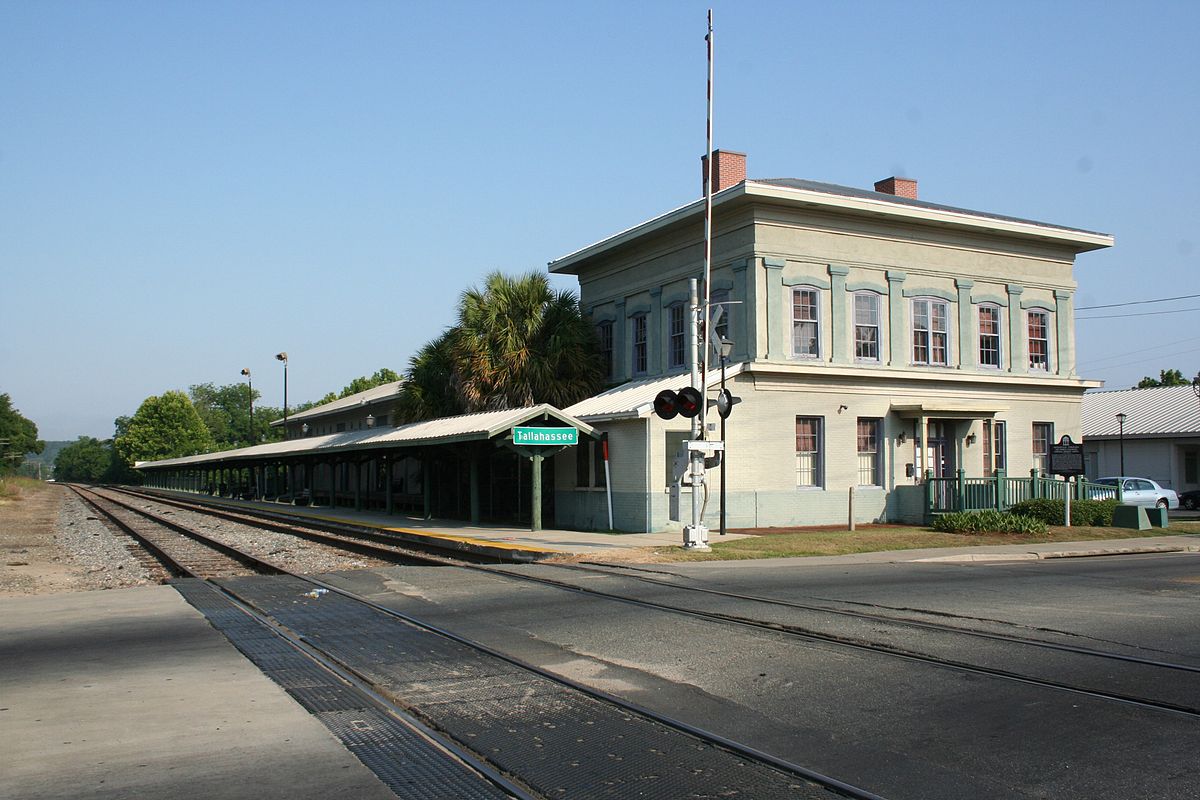 When it was built (a two-story addition was constructed in 1880), Tallahassee was Florida's largest center of cotton and agricultural production. This is the reason why the building is rather large, even without the addition. Agricultural commerce played a lesser role after the Civil War, as many plantations stopped growing crops. However, passenger service and other kinds of freight were able to keep the station in operation.