The USS Cavalla is known as the "Luckiest Ship in the Submarine Service" for her short but incredible year of service in World War II that led to the sinking of 34,000 tons of enemy shipping and the destruction of the Japanese aircraft carrier Shokaku, one of the ships that launched the attack on Pearl Harbor. The vessel is now operated as a museum ship and offers visitors the chance to experience what life aboard a World War II-era submarine was like. The USS Cavalla is currently on a permanent berth at Seawolf park in Galveston, Texas next to the USS Stewart. This sub was placed here as part of a series of memorials dedicated to the crews aboard the 52 American submarines that were lost in the war. The Cavalla served as part of the Pacific fleet in World War II, the Atlantic Reserves, Submarine Squadron 10 in Connecticut, and was eventually converted into a SSK (hunter/killer sub) during the Cold War.

An aerial view of the Cavalla next to the USS Stewart, another ship currently at the park. 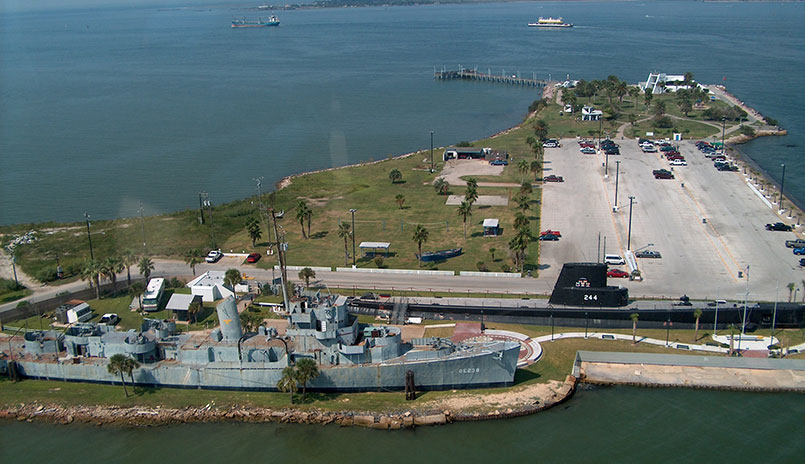 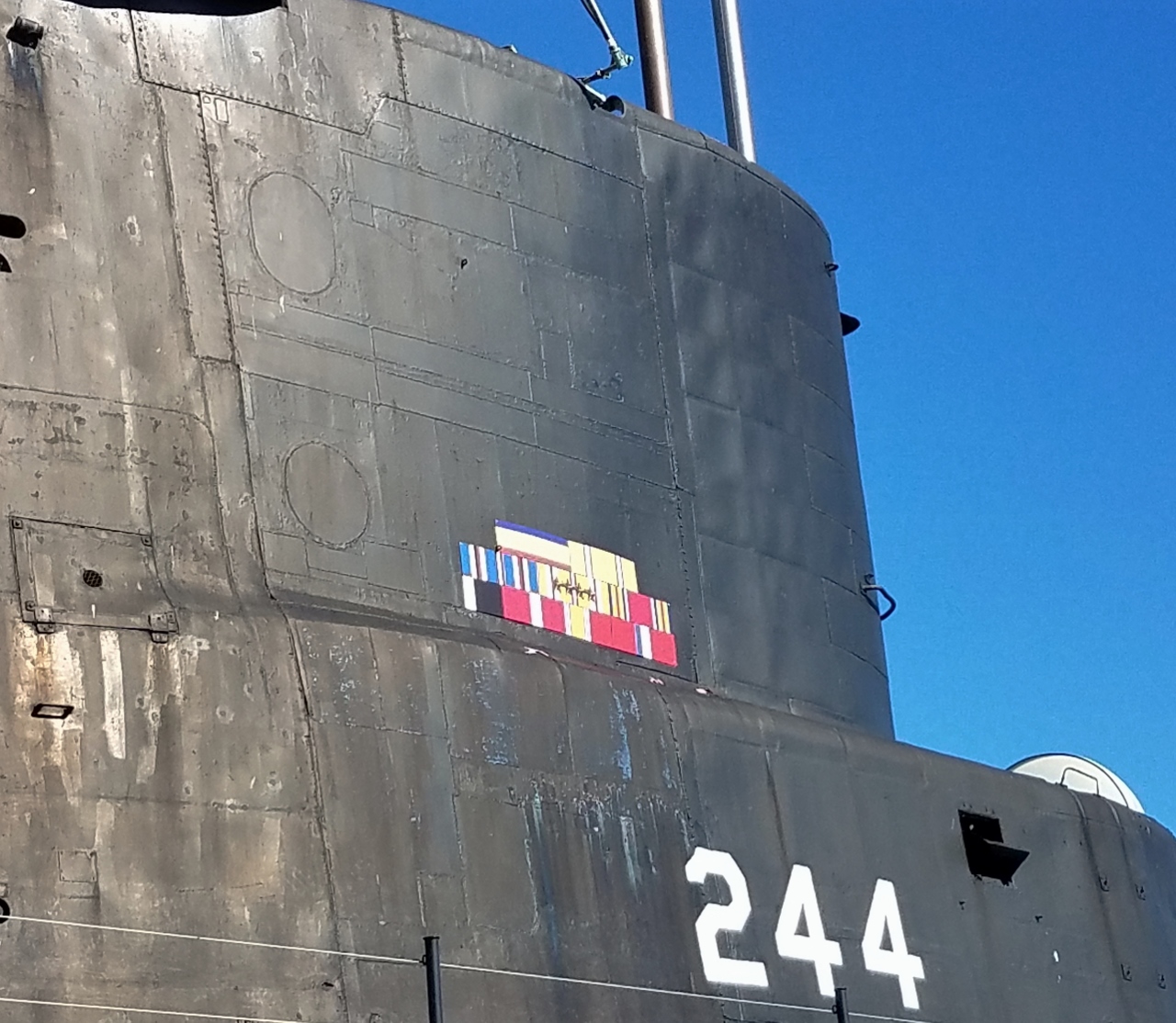 The Cavalla in her current dry dock 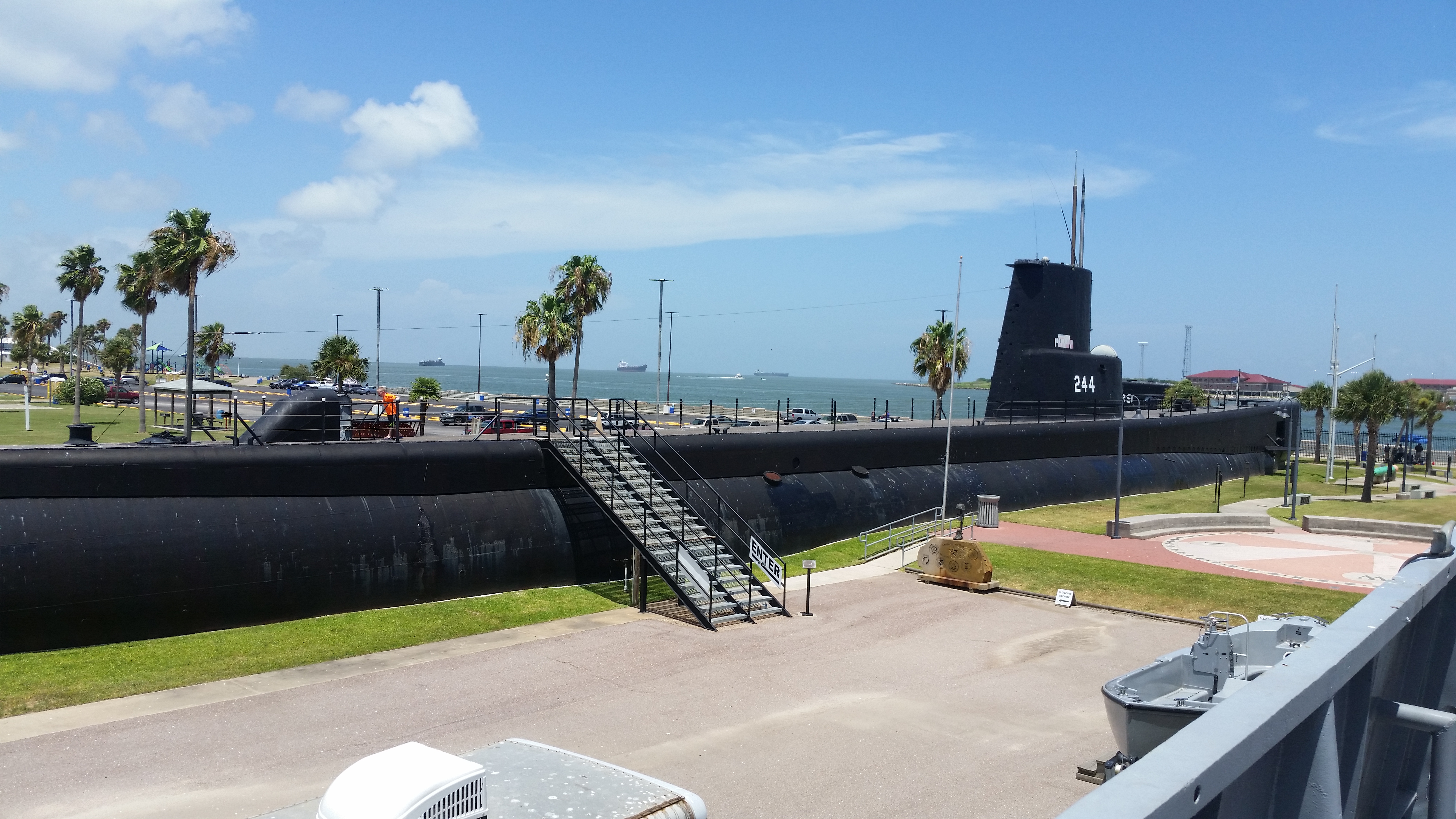 The USS Cavalla was not completed until the final years of World War II, but the vessel and her crew compiled an incredible record in the final year of the war, sinking over 34 thousand tons of enemy vessels. The Cavalla also sunk the Japanese aircraft carrier Shokaku and the destroyer Shimotskui. The ship's keel was laid in November 1943 and the ship was commissioned one February 29th, 1944. Despite the late start, the Cavalla quickly amassed one of the most significant prizes in the Pacific theater, sinking the Shokaku which was one of the carriers that launched the Japanese force during their attack on Pearl Harbor. After only one torpedo run, the Shokaku went beneath the waves.

The Cavalla was decommissioned in 1946 and placed in the Naval Reserve until April 1951. She was then recommissioned for a brief year before her commission was taken from her once again. After a year of work she was recommissioned once again, but not as a Gato-class, but instead as a new Hunter-Killer class. She proudly remained in service patrolling the dark ocean depths until December 1969 when the Navy officially decommissioned her for the final time.

After her decommissioning she stayed in Naval care for two years before all the arrangements where made to make her into a museum ship. She was crewed one final time and taken to Galveston. The Texas Submarine Veterans of WWII organization proudly took her into their care and placed in the Seawolf park as a memorial to the lost sub the USS Seawolf. Sadly the veteran's organization lacked the funding and physical capability to take care of her. She slowly became more and more neglected over time. Fortunately throughout the late 1990s and early 2000s the submarine started to receive more funds and attention and has finally started to look in proper fighting state.