Many former and current astronauts were born in Ohio, including General James Hartinger. Hartinger is often cited as the "father" of space command. He was born in Middleport in 1925 and graduated from Middleport High School in 1943. Hartinger was drafted into the Army during World War II and became a pilot after graduating from West Point. Middleport is a small town along the Ohio River that boasts scenic views of the river as well as a "Main Street USA" feel. 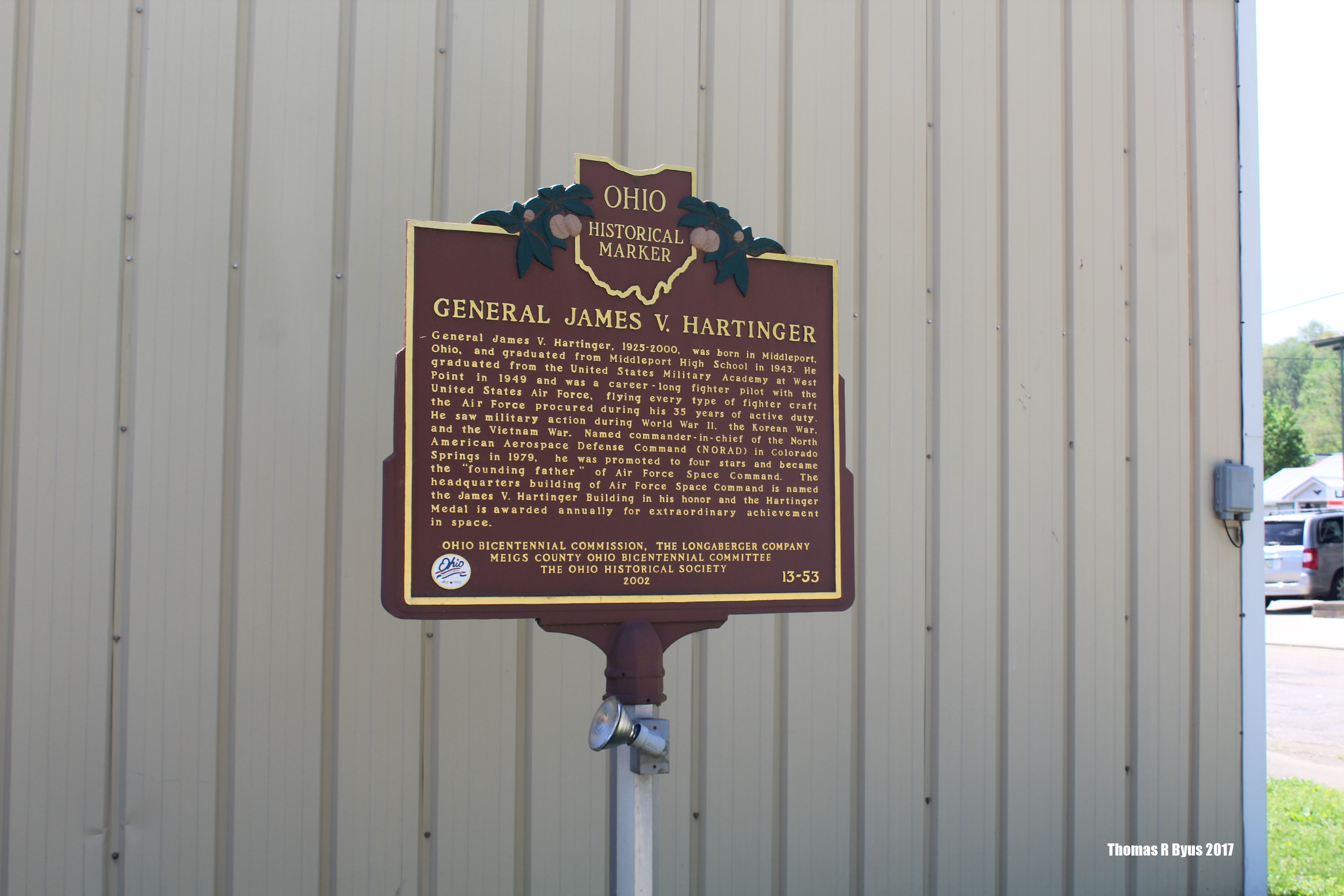 View from General Hartinger's historical marker of the Stewart-Bennett Medal of Honor Park. 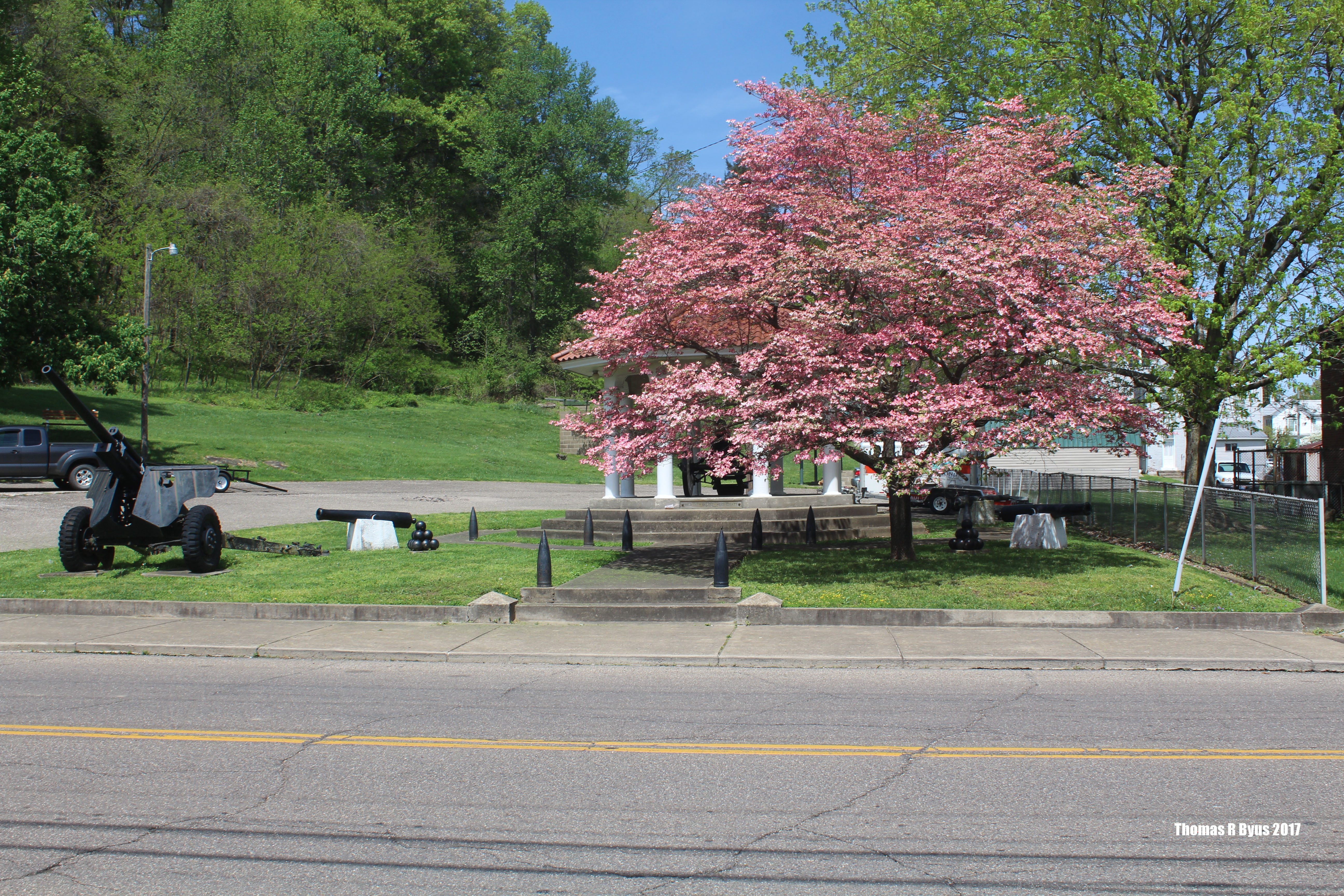 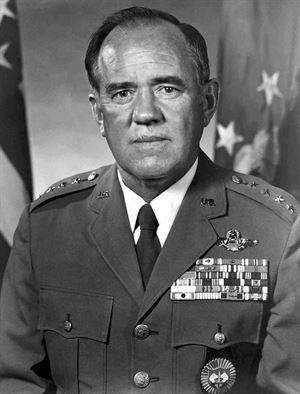 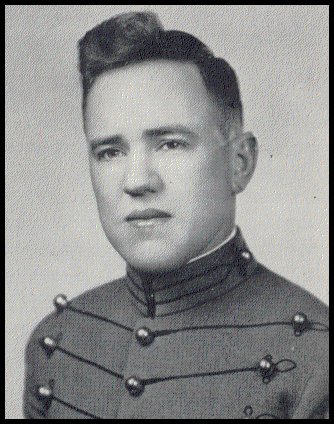 General Hartinger was drafted into the army in 1943 and served as an infantryman for the remainder of World War II. During the final months of the war, the future General was appointed to the American Military Academy at West Point. After graduating from West Point in 1949, General Hartinger married Susan Allensworth and joined the newly-created U.S. Air Force in 1950.

General Hartinger's career includes his service as an F-111 Test Director at Nellis AFB, NV. He was also the commander of the famed "Flying Tigers," the 23rd Tactical Fighter Wing at McConnell AFB, KS. He served a tour as General at the North American Air Defense Command in Colorado Springs and also served as Commandant of the Air War College in Alabama.

During General Hartinger's USAF career, he spent time in Germany, Korea, as well as several bases throughout the US. In 1979, General Hartinger was appointed as Commander-in-Chief of NORAD and promoted to four-star general and the overall commander of the Air Force. General Hartinger is often considered the 'founding father' of the United States Space Command for his leadership role during these years.

General Hartinger spent his entire career as a pilot and spent over 5,000 hours in the air as well as earning the distinction of flying nearly every USAF aircraft over his 35-year career.