Located in Cadmen Plaza park, The Brooklyn War Memorial commemorates more than 300,000 men and women of Brooklyn who served in World War II. Inside the memorial are the names of the 11,000 Brooklyn residents who died during the war. The memorial serves as a reminder of the role that Brooklyn residents played in the war. 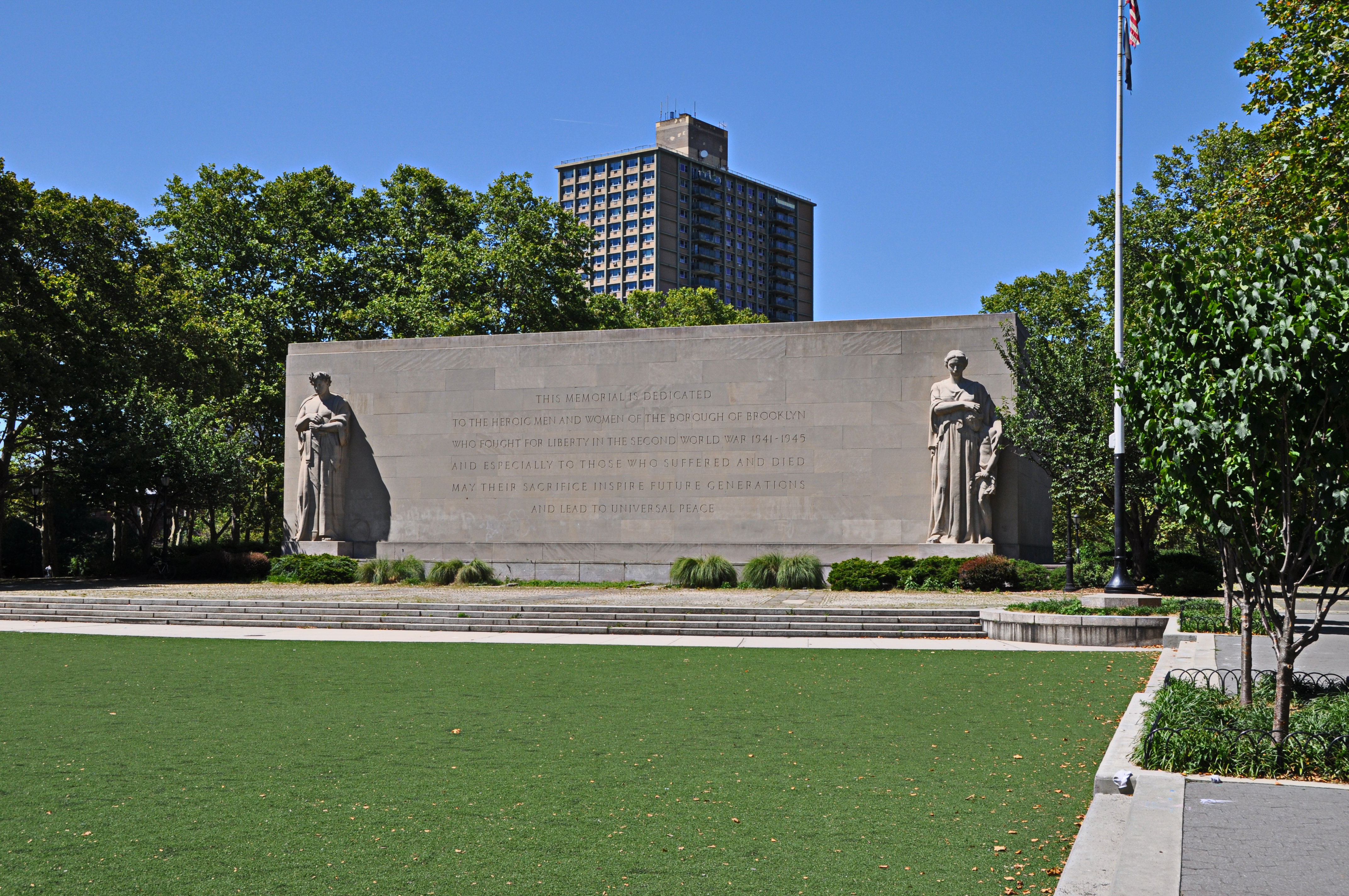 The writing seen in this picture dedicates the monument to the Brooklyn service men and women of World War II. 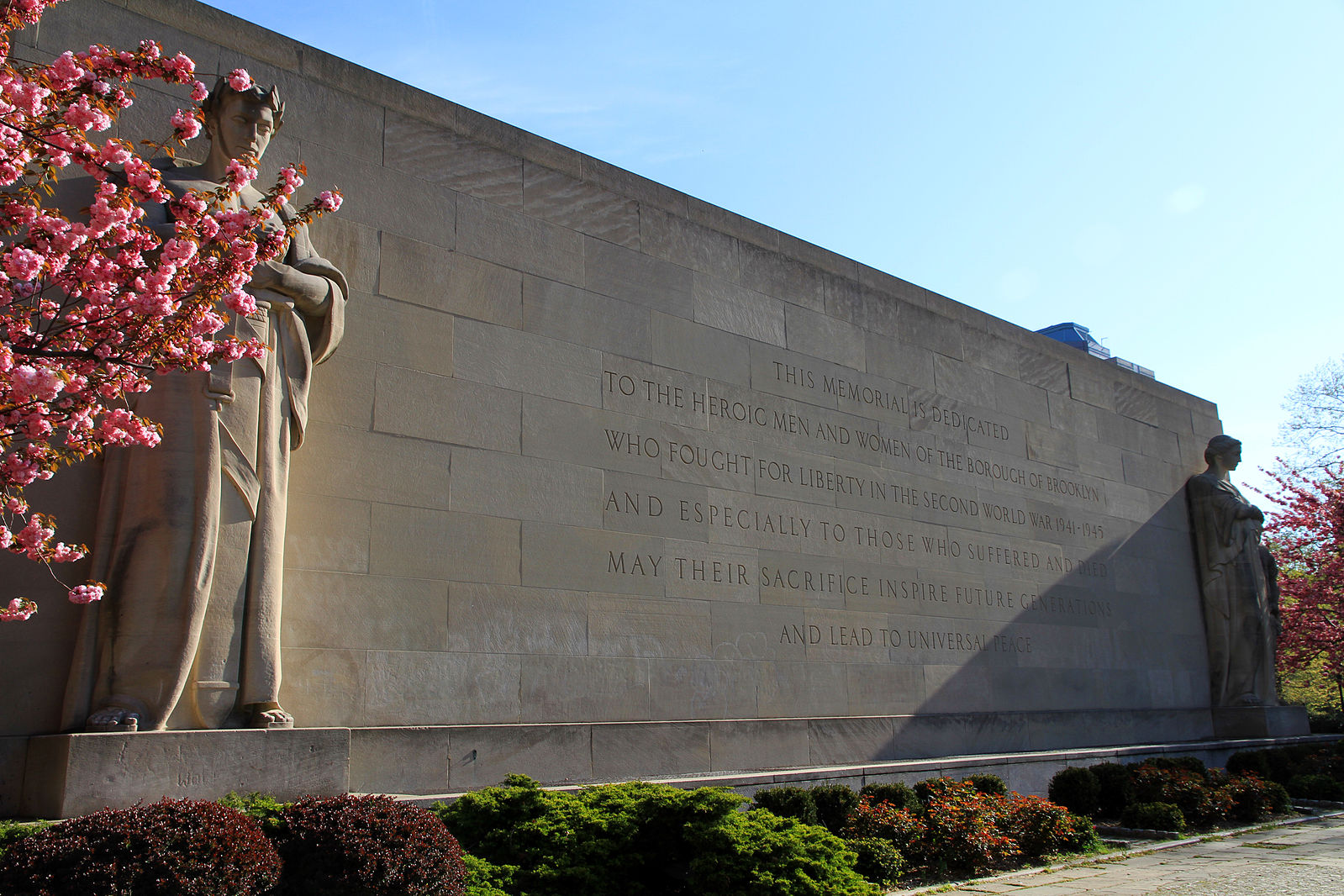 New York's Robert Moses envisioned the construction of a memorial for each of the five boroughs, but the Brooklyn monument was the only one that was actually built. A committee of local residents chose this design from 243 other entries in a competition. The design was selected on June 6, 1944, and was submitted by Stuart Constable, Gilmore D. Clarke, and W. Earle Andrews, employees of the architectural firm Eggers and Higgins.

The front of the memorial includes a few lines that memorialize the Brooklynites who served in World War II. The memorial's interior includes a list of names for each of the 11,000 men and women who died during the war. The sculptures on the left and right depict and man holding a sword and a women holding a child, representing victory and family respectively.