The northern face of the monument. This face states "OUR CONFEDERATE DEAD 1861-1865." 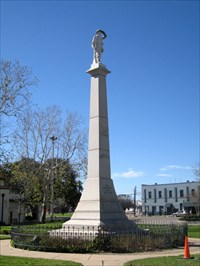 Northern face of the monument with donated sundial included. 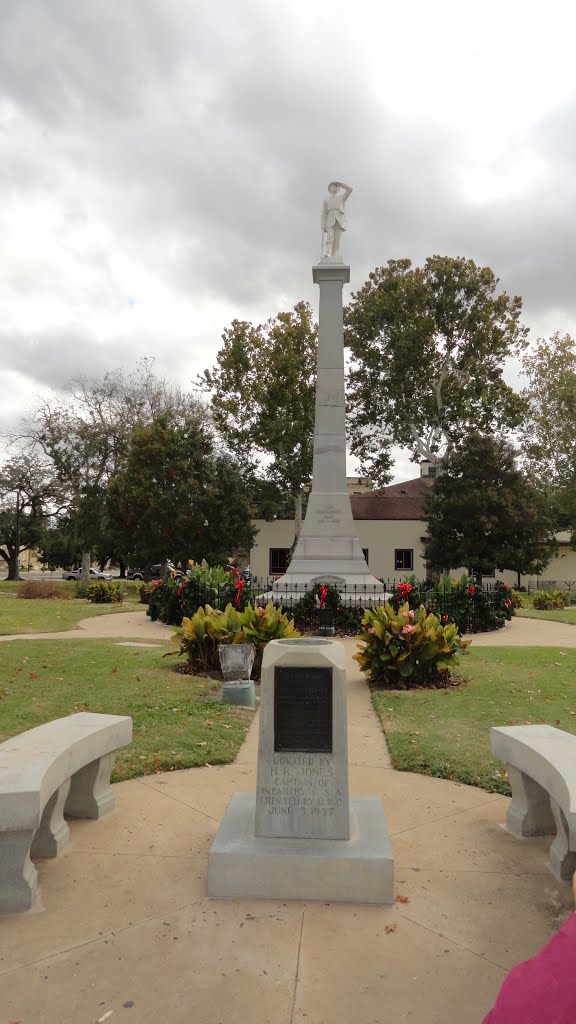 Another picture from the northern face of the monument. 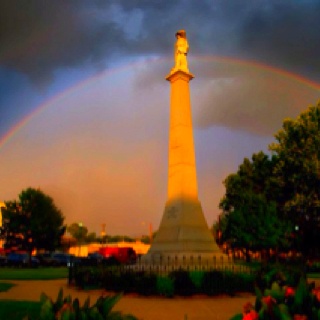 The southern face of the monument reads "LEST WE FORGET." 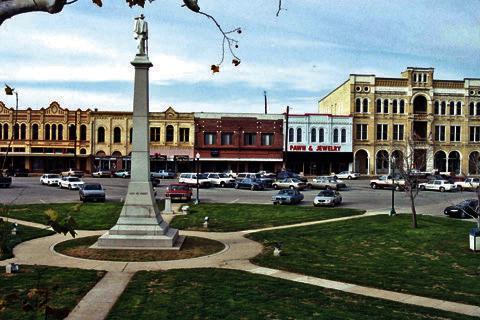 In what was the bloodiest war in United States history, many brothers, sons, and fathers died, causing heartache in communities like Gonzales, Texas. In 1905, Mrs. B.B. Hoskins, Sr. was elected to lead her town’s chapter of the United Daughters of the Confederacy and decided that they would pay their respects to the fallen Confederate soldiers of their community by collecting money for a war memorial. After many community socials, donations, and fund raisers, the United Daughters of the Confederacy raised $3,200, which is equivalent to $77,000 today. This forty-eight foot structure is made of gray granite and Carrara marble. On top of the forty foot pillar, there is twelve foot Confederate soldier facing toward the north.

With many of these soldiers coming from communities like Gonzales, the women of the United Daughters of Confederacy decided to have "OUR CONFEDERATE DEAD 1861-1865" engraved on the north facing side and "LEST WE FORGET" on the southern side of the monument. On April 10, 1910, sculptor Frank Teich, who designed and created the monument, along with the United Daughters of the Confederacy Chapter #545 unveiled the Gonzales Confederate Monument to the public with close to forty-five hundred people in attendance. The final addition to the monument was made on June 3, 1937 when Confederate infantry Captain H.K. Jones donated a sundial and dedicated it to “to the Women of the Confederacy.”