This historic battlefield has been well-preserved by the Corps of Engineers and local volunteers and includes multiple historic markers related to the engagement between the Union and Confederate forces. On October 5, 1864, Confederate forces moved to capture the Western and Atlantic Railroad which would have threatened Union supply lines just as they were capturing large sections of the region. A Union fort defended the area that the Confederates needed to take in order to execute their plans and so a Confederate force was sent to attack the fort. The Confederate forces were achieving some measure of success but retreated when they received a message that Union reinforcements were on the way.

The Battle of Allatoona Pass 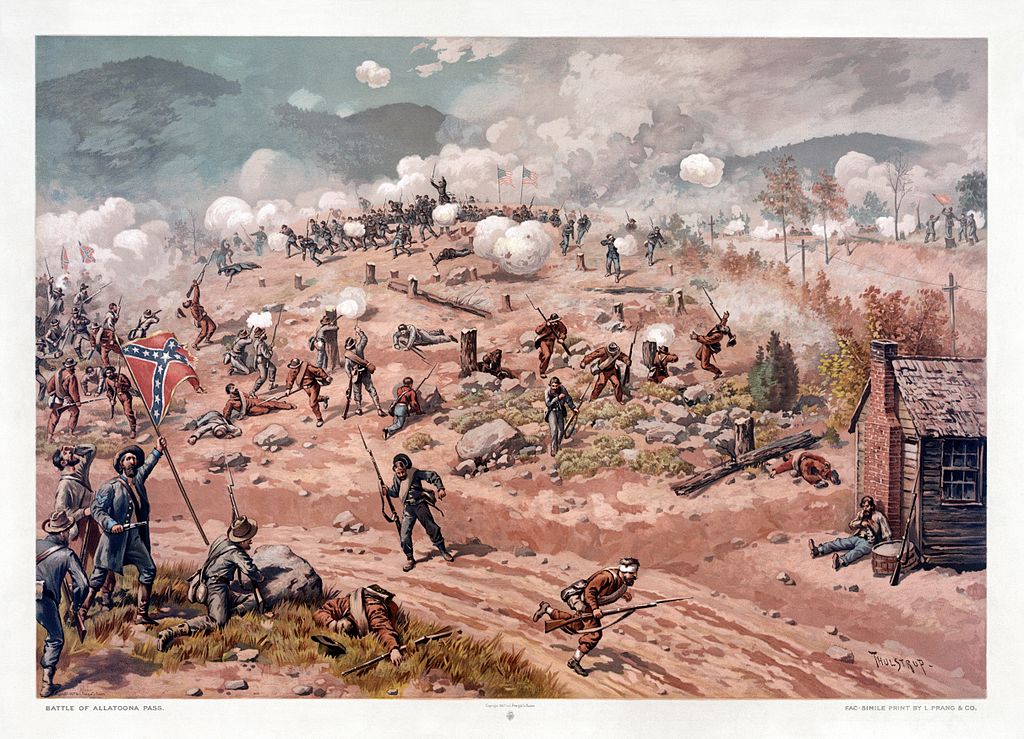 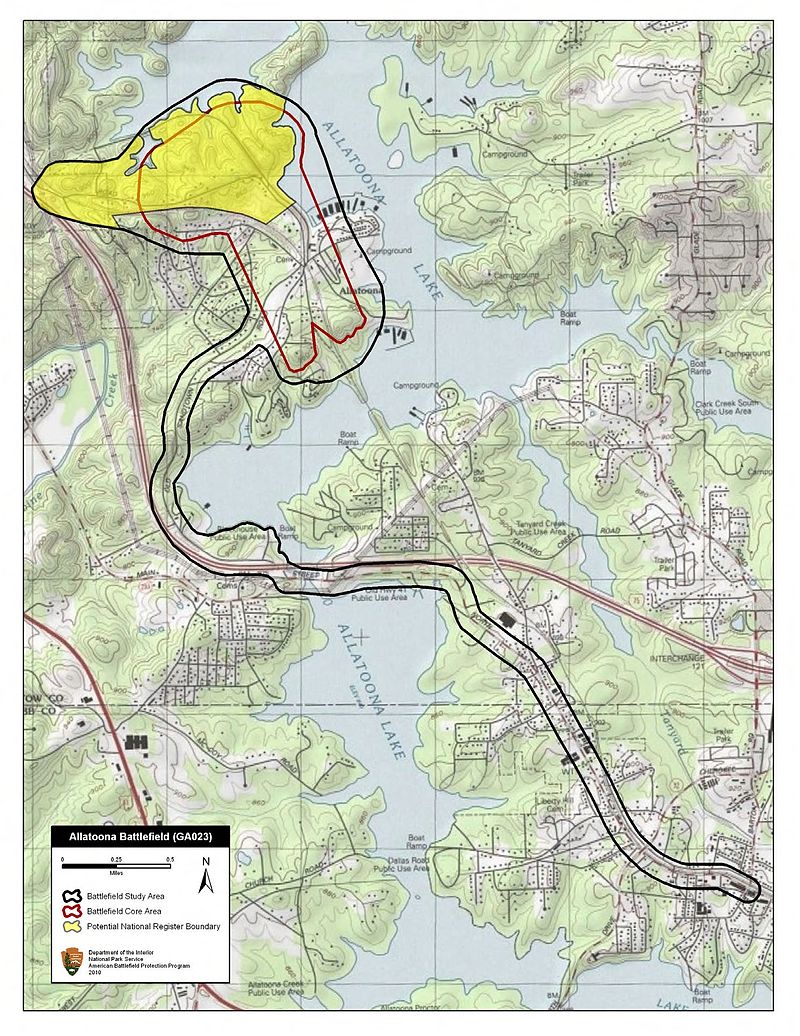 Confederate General John Hood decided to attack General William Sherman's supply line at Allatoona Pass, Georgia. After engaging minor garrisons, Hood learned that the Union had a supply base that might be vulnerable. Hood ordered Major General Samuel French along with three brigades to attack the supply base in hopes of disrupting Union supply lines.
However, reinforcements were already on the way to Union troops at Allatoona Pass as Sherman responded to reports of various small Union garrisons being attacked. The reinforcements, commanded by Brigadier General John Corse, arrived and strengthened Union lines with more troops as well as repeating rifles and ammunition.
After an artillery bombardment meant to weaken Union forces, French lead his men on an assault towards the base. Even though Corse's men were outnumbered, their new repeating rifles provided them with the firepower to repel the Confederate attack. Even though the Confederates seemed to have the upper hand because of their superior numbers, they were forced to abandon their objective when French received word that additional Union reinforcements would soon arrive.