This marker commemorates a Civil War battle that occurred near this location on May 13-15, 1864. After a large scale engagement, Confederate forces were on the run from Union troops in pursuit of the Confederate army that still controlled much of northern Georgia. The Confederate military entrenched themselves around the town of Resaca in hopes of turning the Union invaders back. Confederate General Joseph Johnston realized that his defenses around Resaca were being outflanked and surrounded, so he retreated farther south and surrendered this territory to the Union.

General Benjamin Harrison during the Battle of Resaca 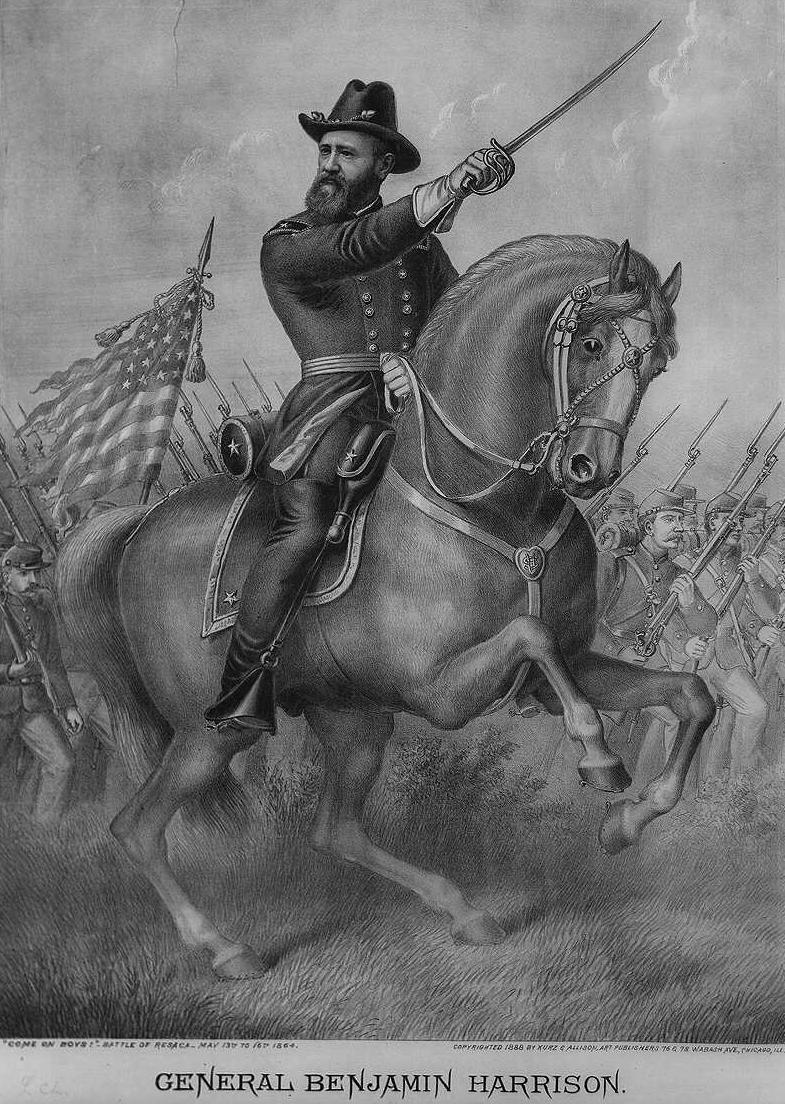 This historical marker was dedicated in 1986 and is located just off the main highway. 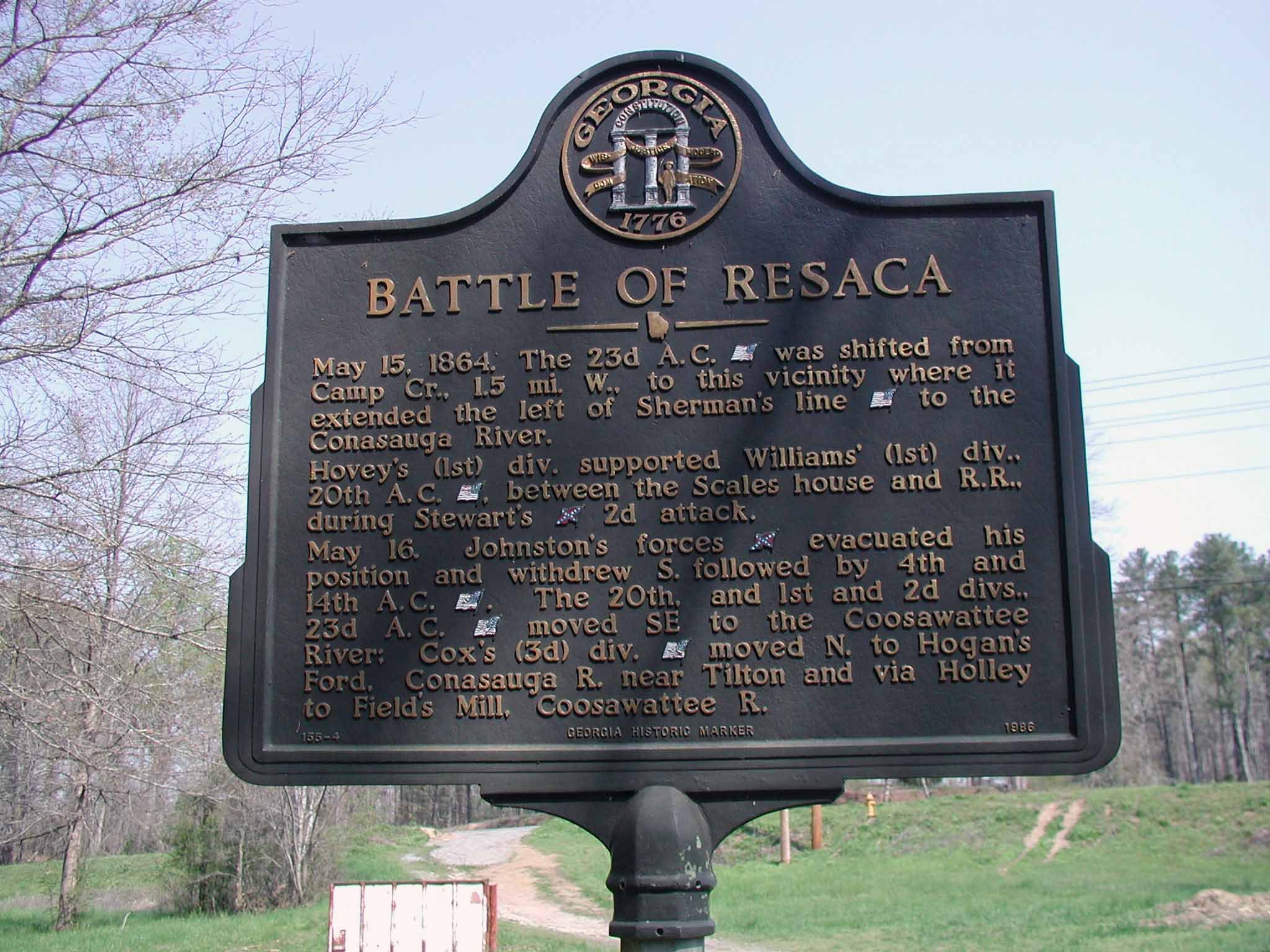 Confederate forces, lead by General Joseph Johnston, were entrenched around Dalton in the spring of 1864. After hearing of an incoming Union advance, Confederate Colonel Warren Grigsby lead a cavalry brigade west in order to detect the Union presence. Grigsby's men were discovered by soldiers under the command of Union General James McPherson and the Army of the Tennessee. Union forces pushed back the Confederates to the town of Resaca by exploiting a passageway called Snake Creek Gap. This allowed Union forces to flank the defenses set up by the Confederates.

Once the Confederates established a defensive perimeter around the town, Union forces lead by William Sherman began assaulting those positions. The Union Army of the Ohio, which was under the command of John Schofield, attacked first in the dawn hours of May 14. One of Schofield's division commanders, however, was drunk, and his attack was poorly planned and horrible executed. Later on that day, Union forces captured high ground west of the town which secured a superior artillery position above Johnston's potential line of retreat.

Johnston recognized that Union forces were outflanking his position and ordered his men to retreat in the dead of night. His men moved further south and burned bridges in their wake. Union forces repaired the bridges and the chase began leading to the Battle of Adairsville.