In the early stages of the Cold War, the United States Department of Defense was preparing for the possibility of an enemy attack. Air Force leaders began looking for areas of land that would be suitable for an air base and in 1955, citizens and businessmen in the North Dakota city of Minot donated $50,000 to aid the Air Force in their efforts to build Minot. The 91st Missile Wing was built on this base to serve as one of three intercontinental ballistic missile wings in the United States. This complex covers approximately 8,500 square miles and was one of the longest-operating and multi-faceted of the missile wings while under the Strategic Air Command (SAC). Today the 19th Missile Wing continues to serve as a quick-reaction unit and utilize Minuteman missiles that stand ready to be placed on a target at a moment's notice. 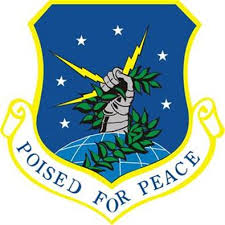 A missile launch-control facility near Minot Air Force Base. 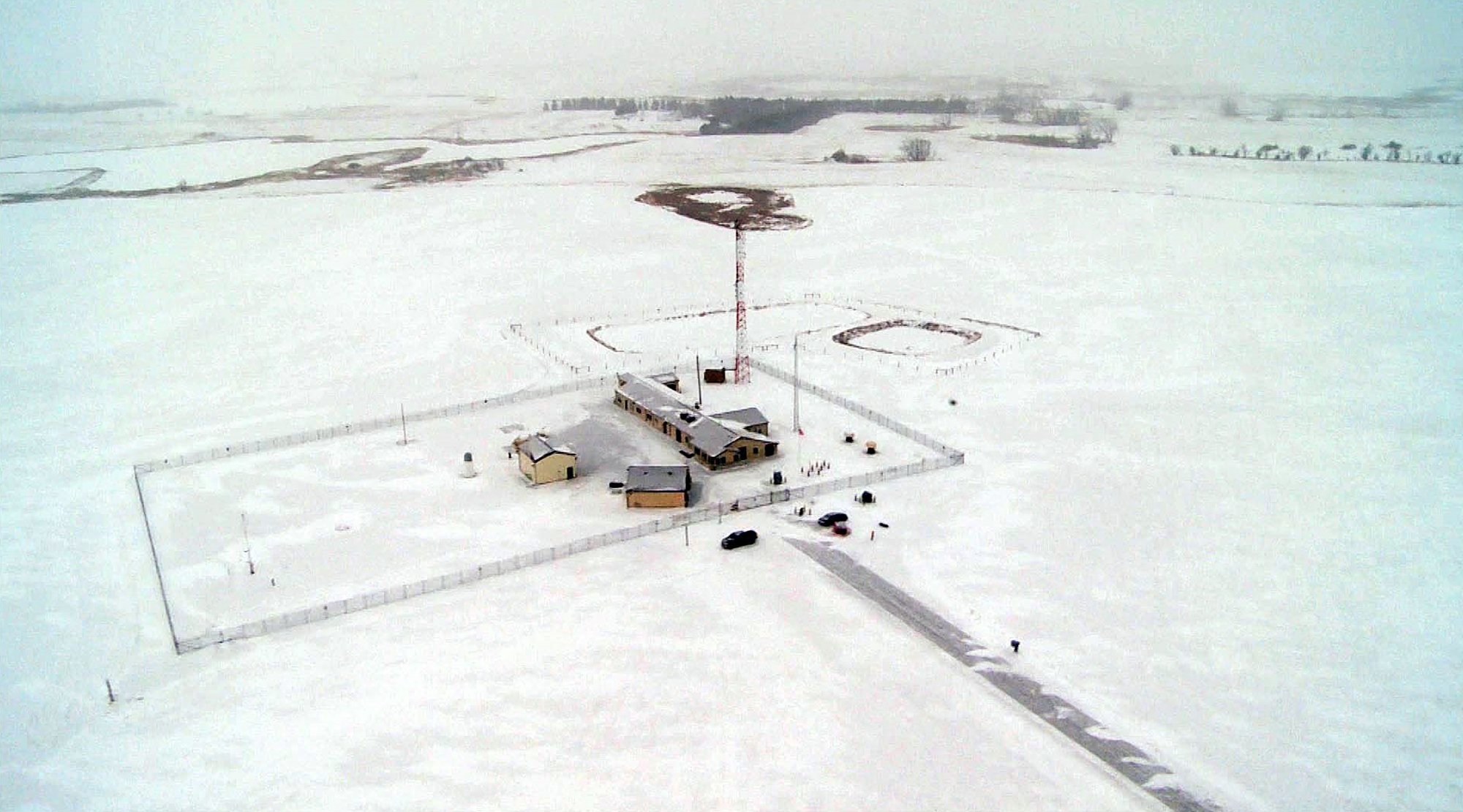 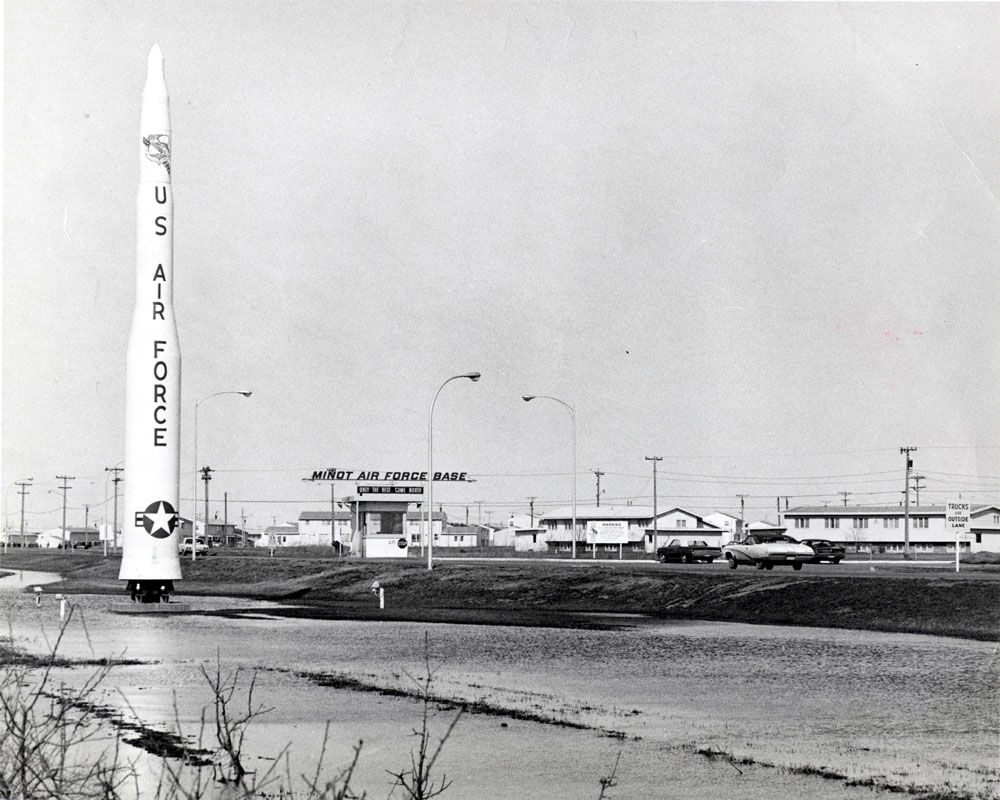 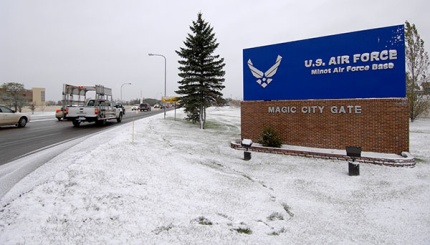 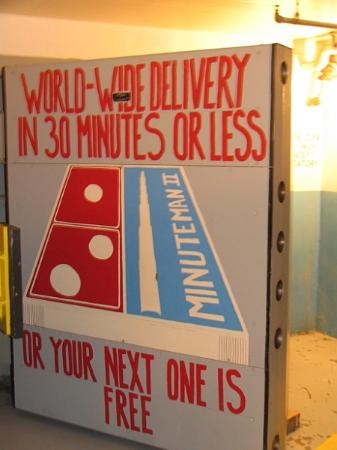 In the early 1950s, immediately after WWII, the United States was caught up in an arms race with much of the world in what is known as the Cold War. During this time, several different countries were at a standstill, essentially waiting for the one to make the first move. As tensions increased, the United States Department of Defense began searching for areas in the northern region of the country that were suitable to house an air base. The intent was to designate land capable of producing and operating Minuteman missiles that could be dropped on target at a moment's notice in the event of an enemy attack. The United States Air Force bought the city of Minot in North Dakota and began construction shortly thereafter.

In 1955, one year after purchasing the city of Minot, the Air Force was given $50,000 that had been donated by citizens of North Dakota to aid in the production of the air base. Groundbreaking for what is currently Minot Air Force Base took place July 12, 1955 and construction began later that year. The base was originally utilized as an Air Defense Command Base and activated its first unit, the 32nd Fighter Group, on February 8, 1957. The Air Force took occupation of the base one week later on February 15 and Major Joe E. Roberts was given to responsibility of being the base's first commander. In late 1958, the Air Defense Command developed a Semi-Automatic Ground Environment (SAGE) sector on post, which initiated the construction of an enormous blast-resistant concrete building that was designed to house two 275-ton computers.

In 1961, the Air Force designated the land surrounding Minot AFB for the Minuteman I Intercontinental Ballistic Missile (ICBM) complex. This complex was first activated on November 1962 and on September 9,1963, the first Minuteman I missile was delivered from Hill AFB in Utah. A little over two years later, Minot AFB became combat ready and had its first quick-reaction ballistic missile ready to be placed on target in a moment's notice.

During the 1970s, Minot AFB was known for its advancements in technology. This has a great deal to do with the conversion of the 91st Strategic Missile Wing into the first Minuteman III Intercontinental Missile Complex. This missile allowed the Air Force to triple its striking capabilities and verified the credibility of the Strategic Air Command's deterrence abilities.

In 1988, Minot AFB was the recipient of the Commander-in-Chief's Installation Excellence Award. The presidential award was given to Minot AFB in recognition of its excellence in mission operations and the installation's concern for living and working conditions that exceed any other military installation. As the 1980s came to a close, the Minuteman missiles had still not yet been utilized and the Minuteman Integrated Life Extension (MILE) program was put in place to keep the Minuteman III operational. It was still being used as an effective deterrent from enemy attacks all the way into the next century.

In September of 1991, with the Cold War coming to an end, the Bombing Wings finally came off alert status after 31 years of relentless over-watch. By the summer of 1993, the newly established Air Combat Command replaced the Strategic Air Command as host command. With this change in operational status and the ever-developing technology, the 91st Strategic Missile Wing was reassigned to the Air Force Space Command. In August of 1996, The Wing finished its first major upgrade in command, control and communication systems of the Minuteman III Intercontinental Ballistic Missile's launch and control centers and was designated as the 91st Space Wing. The 91st Space Wing maintained this status until December 1 when it transferred from the Air Force Space Command to the Air Force Global Strike Command.