As the need for medical treatment of soldiers increased, the Confederate government saw fit to seize control of Rose Gates College, a building on the Okolona College campus. The Confederate military repurposed the building and grounds as a hospital. In the same manner, The Presbyterian Church and even some private homes were also used for the treatment of soldiers. The Battles of Shiloh, Corinth, and Brice’s Cross Roads resulted in many casualties. These men were sent to this hospital whose small staff was overwhelmed by the number of casualties. The former college building that had served as the hospital was later destroyed by the Union army. Before that time, the 900-1000 Confederate soldiers who perished at the hospital grounds had been interred at what is now a federally-recognized Confederate Cemetery.

Gates of the Cemetery. 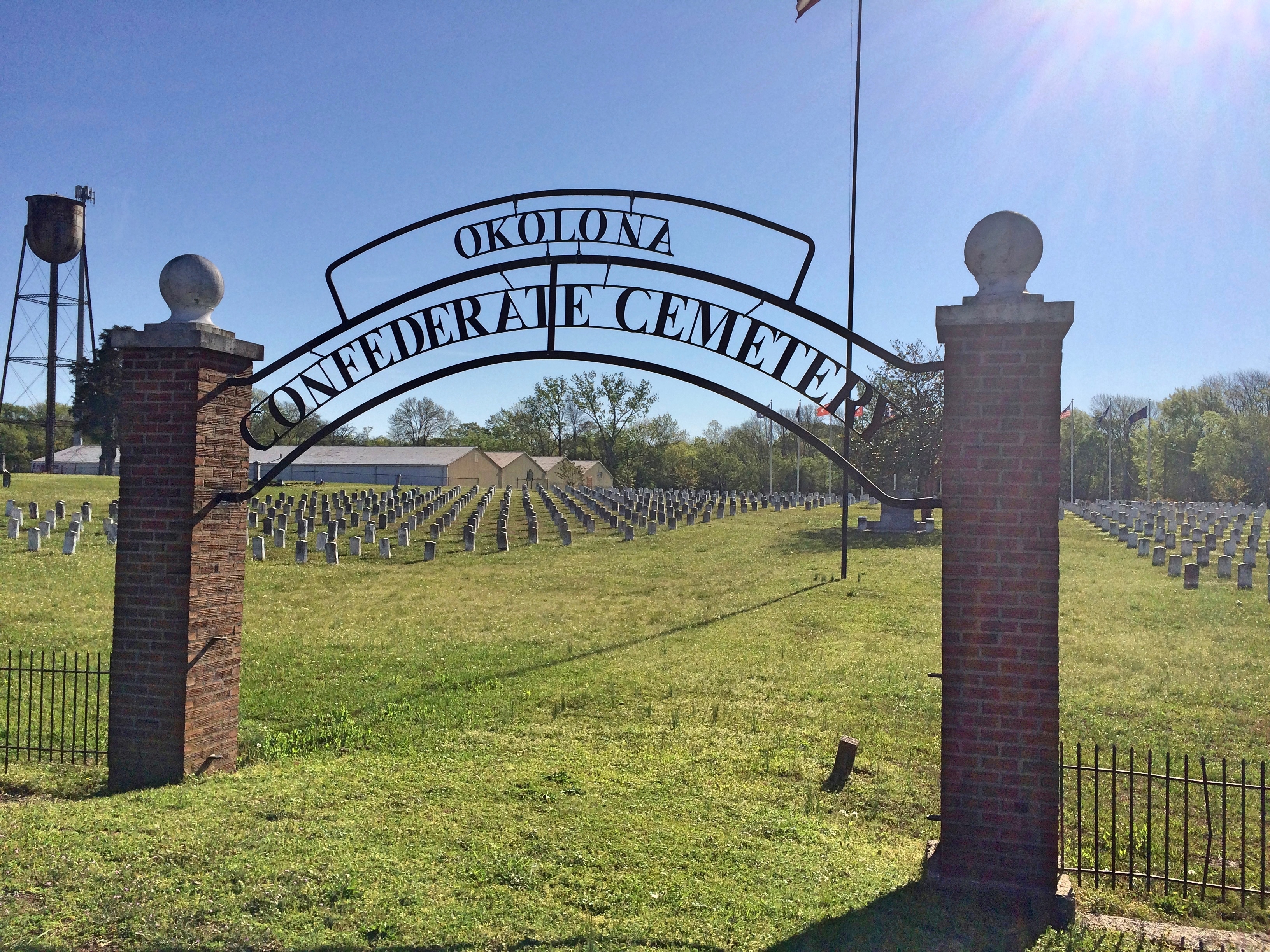 Official Landmark of the Confederate Cemetery. 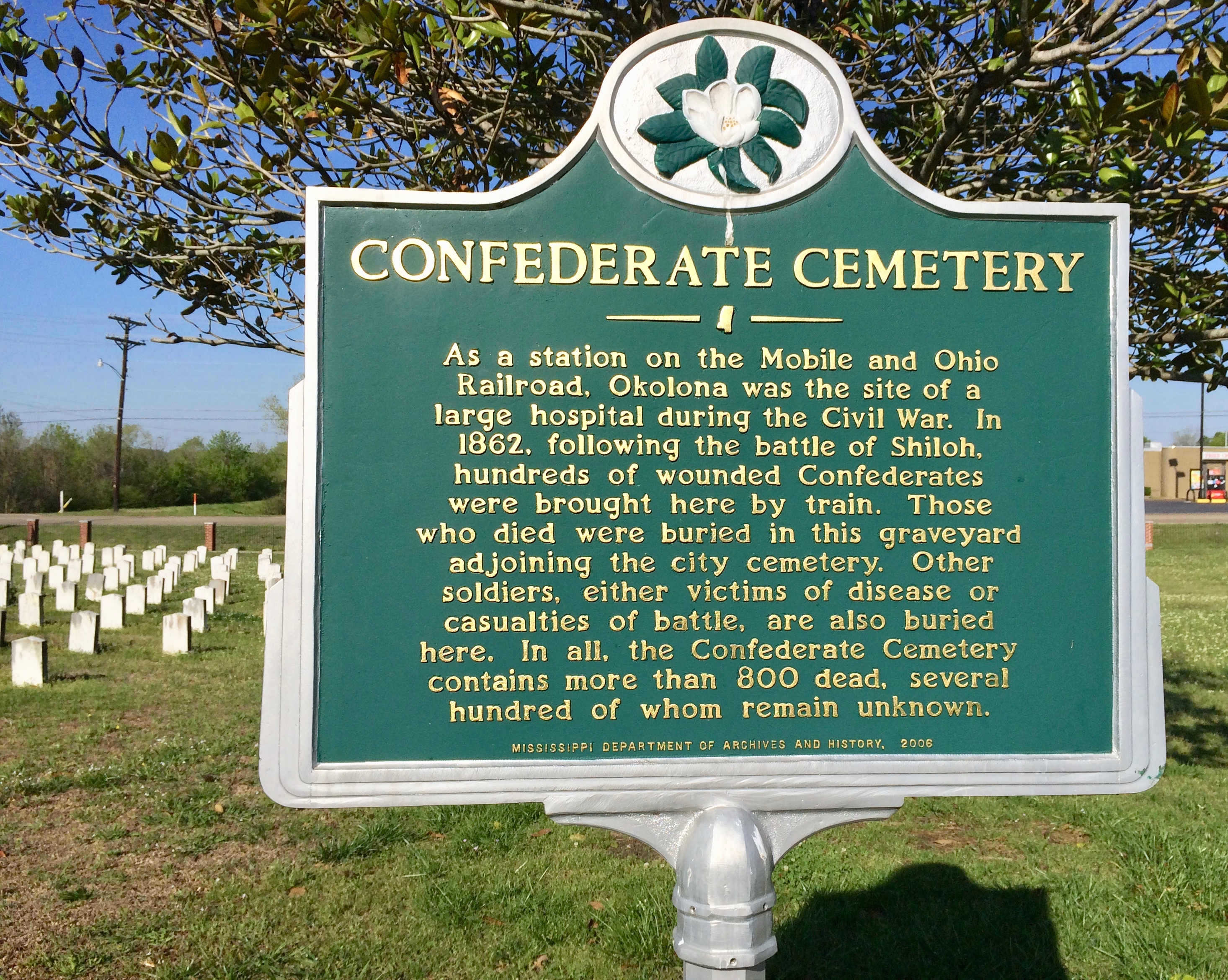 Official Landmark with the Cemetery in the background. 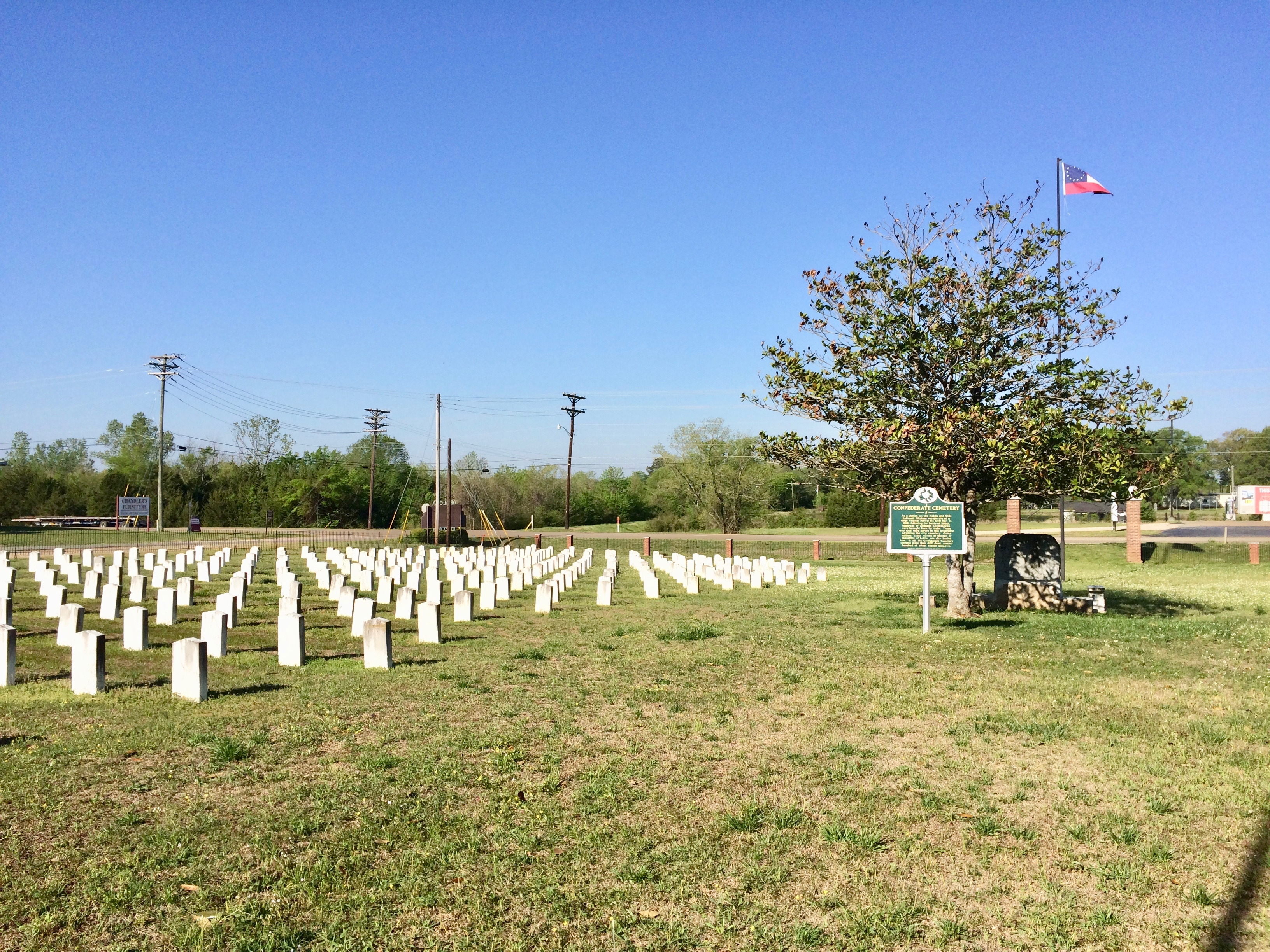 Cemetery with the flags flying in the wind. 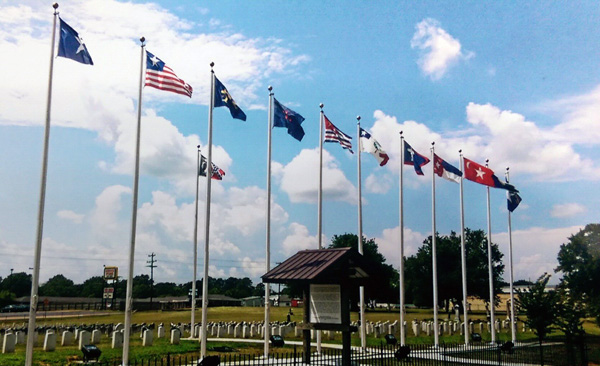 Because of its convenient placement, the location of the Okolona College proved ideal for a Confederate hospital. Soldiers made their way to this hospital by rail on the Mobile and Ohio Railroad. Whether they were suffering from war wounds or diseases, the patients that had died on the site were all buried in the Confederate Cemetery. Due to sheer numbers and lack of records of the more than eight hundred soldiers that had lost their lives at this facility, nearly half were never identified and remain unknown in unmarked graves. The stone tombstones have survived but most lack identifying characteristics.

General Albert Sidney Johnston, who led the charge in the battle of Shiloh against Major General Ulysses S. Grant, perished at the hospital but is not buried at the cemetery. Johnston was mortally wounded with a gunshot to the leg and was later transported to the hospital at the Okolona College campus where he succumbed to his wounds. After his death, he was then transported to the Texas State Cemetery. As a leading general, Johnston’s body received special treatment, while the bodies of most officers and men were buried as economically as possible.

The Confederate cemetery poorly maintained for many years and most of the records of the hospital were lost. The cemetery recently underwent a massive restoration effort as part of the effort to commemorate the 148th anniversary of the Battle of Okolona. The cemetery grounds were completely landscaped, and the site was the scene of a battle reenactment in 2012.