The James Blake House is the oldest standing house in Boston. It was moved from its original location, approximately 400 yards away, in 1896. The home was added to the National Register of Historic Places in 1974. Its historical significance lies in the fact that it may have been the first site moved to avoid demolition as well as being one of the last remaining examples of West England architecture in the New World. It is currently owned by the Dorchester Historical Society and is open for tours for a few hours on the third Sunday of each month.

James Blake House, circa 1920 (Courtesy of the Dorchester Historical Society) 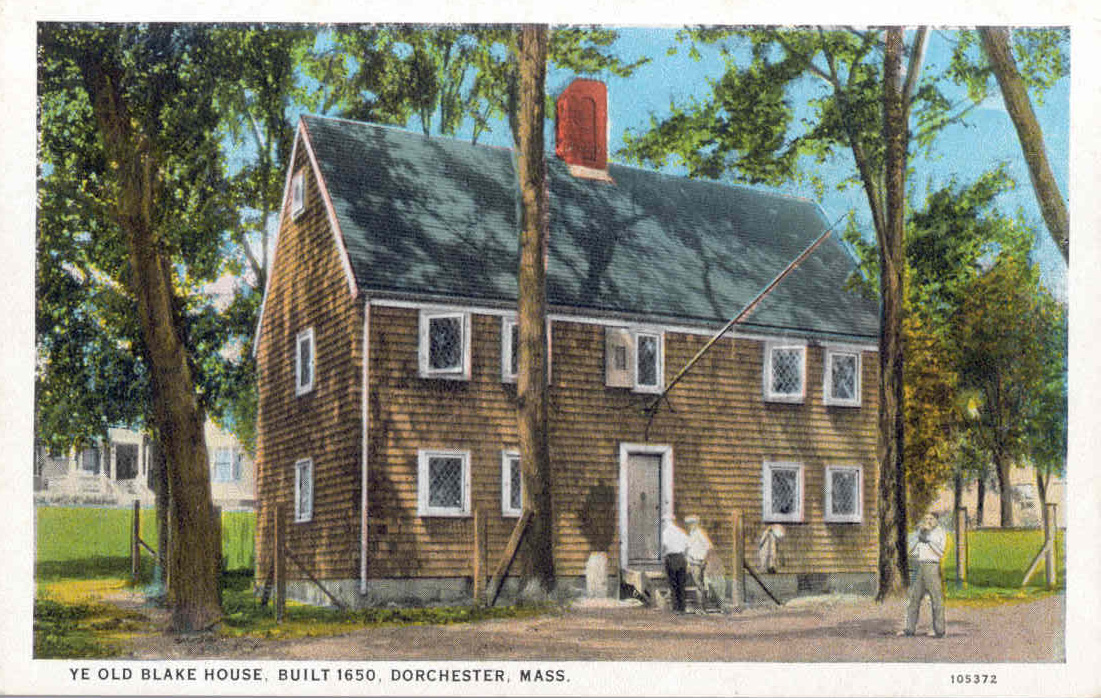 Cooking area of the James Blake House, posted to their Facebook page courtesy of Stacy Denekamp 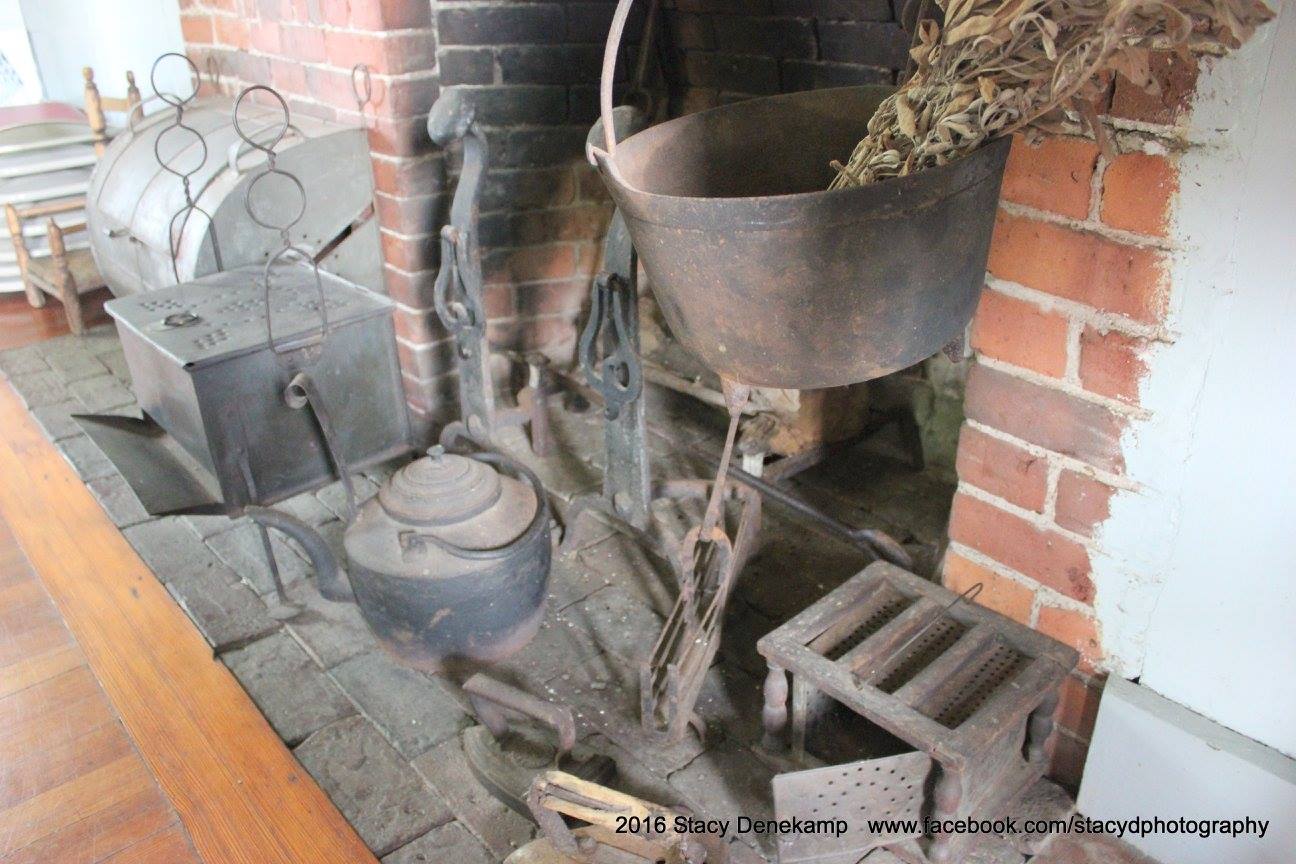 Sign at the front of the James Blake House, posted to their Facebook page courtesy of Stacy Denekamp 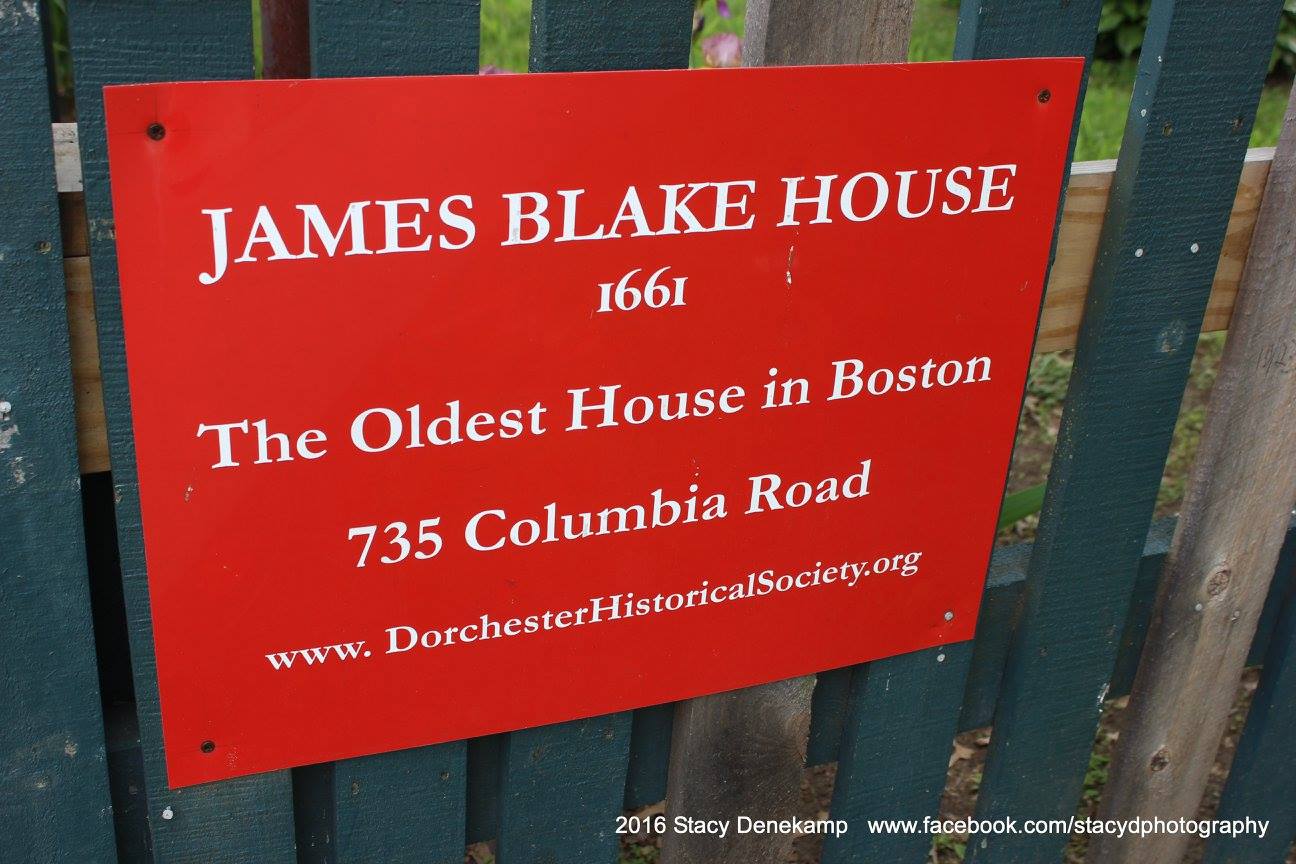 Interior of the James Blake House, posted to their Facebook page courtesy of Stacy Denekamp 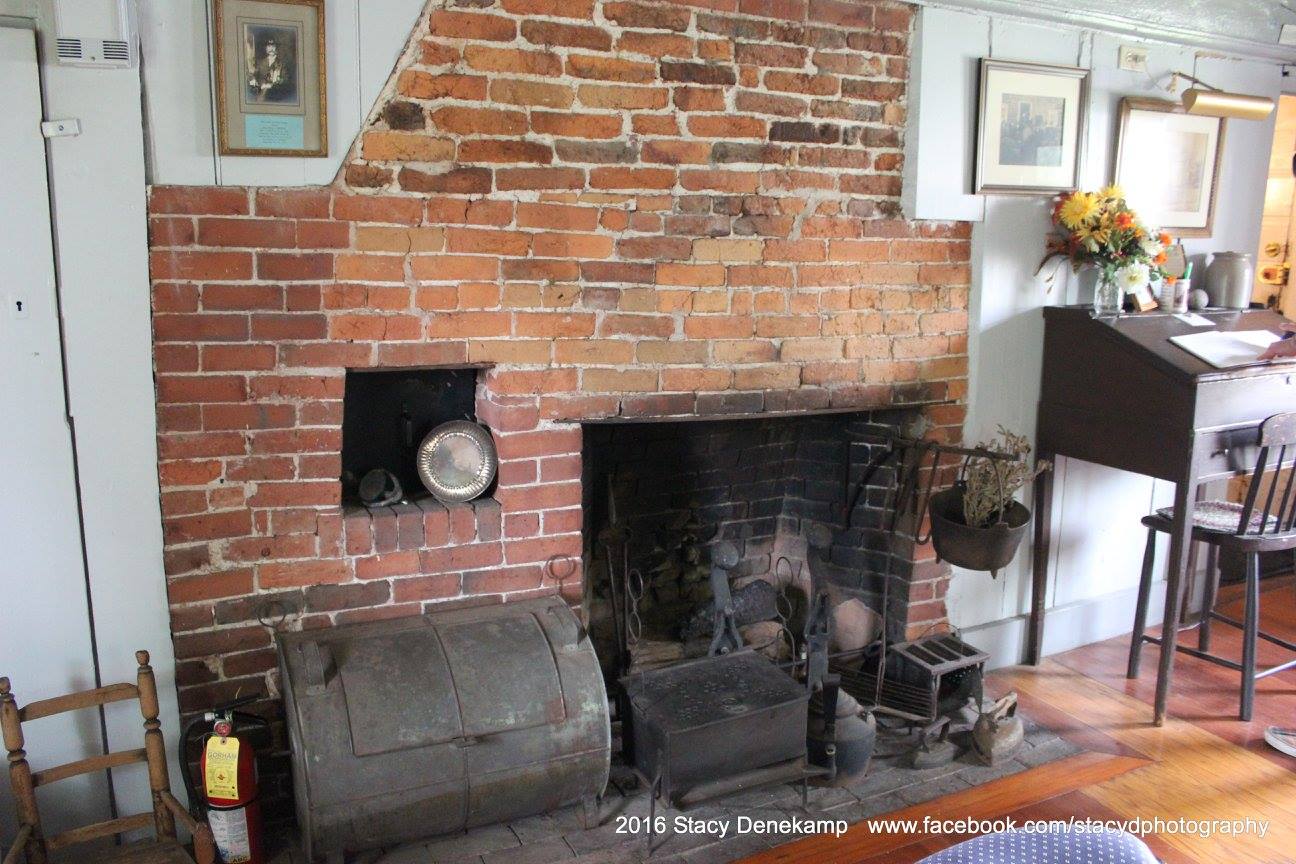 James Blake built this home for his family in the mid-seventeenth century.  There is no written record of the home being built, but scientific tests date its construction to approximately 1660-1661.  He had emigrated to the new world from England in the 1630s with his parents.  James married Elizabeth Clap the daughter of Deacon Edward Clap, in 1651. James Blake also served as a Deacon, as well as a Town Selectman, Deputy to the General Court, and a Constable.  Blake transferred ownership of the home to his son in 1700, who divided it among his own two sons in 1718.  The house remained in the family until a later generation sold the first half out of the family in 1772 and a subsequent Blake sold his half (to the owner of the first half) in 1825.  For 165 years, at least half of the house was continuously owned by a member of the original family.  In 1895, the house was sold to the City of Boston, which intended to tear down the structure to build greenhouses on the property.

The home is a two-story structure, 3 bays wide and 1 bay deep, made of timber.  It has a gabled-roof and a central chimney.  The Blake House is one of the few remaining examples of West England country framing left in the United States.  Today, there is a museum on the first floor and living quarters on the second floor for its resident caretaker, an archaeologist who also leads the tours one day each month.

Preserving the Blake House became the first major project of the Dorchester Historical Society, which had been formed in 1891.  In January 1896, the Society paid $295 to have the home moved from its former location to the spot where it stands now, just 400 yards away.  It was placed in the center of a city-owned park, now known as “Richardson Park.”  This appears to be the first instance in which a building was moved from one location to another to avoid destruction, thereby making it possible to preserve it for its historic value.

Starting in October 2007, the land was opened to amateur archaeologists on Fridays for a public dig.  It was believed that the area in front of the Blake House was once the shoreline of a Great Pond.  It was filled in on either side of what is now Pond Street.  Archaeologists have found many artifacts in the fill, including toys, buttons, bottles and bones.