Also referred to as University Hall, Old Main is the oldest building on Hamline University's campus. It is a landmark for the school and the city. It was built a under a year in 1884, not long after the first University Hall burned down. It was designed by W.H. Hayes in the Victorian Gothic style. It houses the main offices of the university's administration including the president's office, provost's office, human resources, marketing, finance, development, and communications. An auditorium is also located in the building. A bell in the tower tolls at every hour. It is not the original; that one is carefully stored away but is brought out and rung at every graduation ceremony. The university was founded in Red Wing, Minnesota, in 1854, and moved to St. Paul in 1871. Old Main is listed on the National Register of Historic Places.

Old Main was built in 1884 and serves as the university's main administration building. 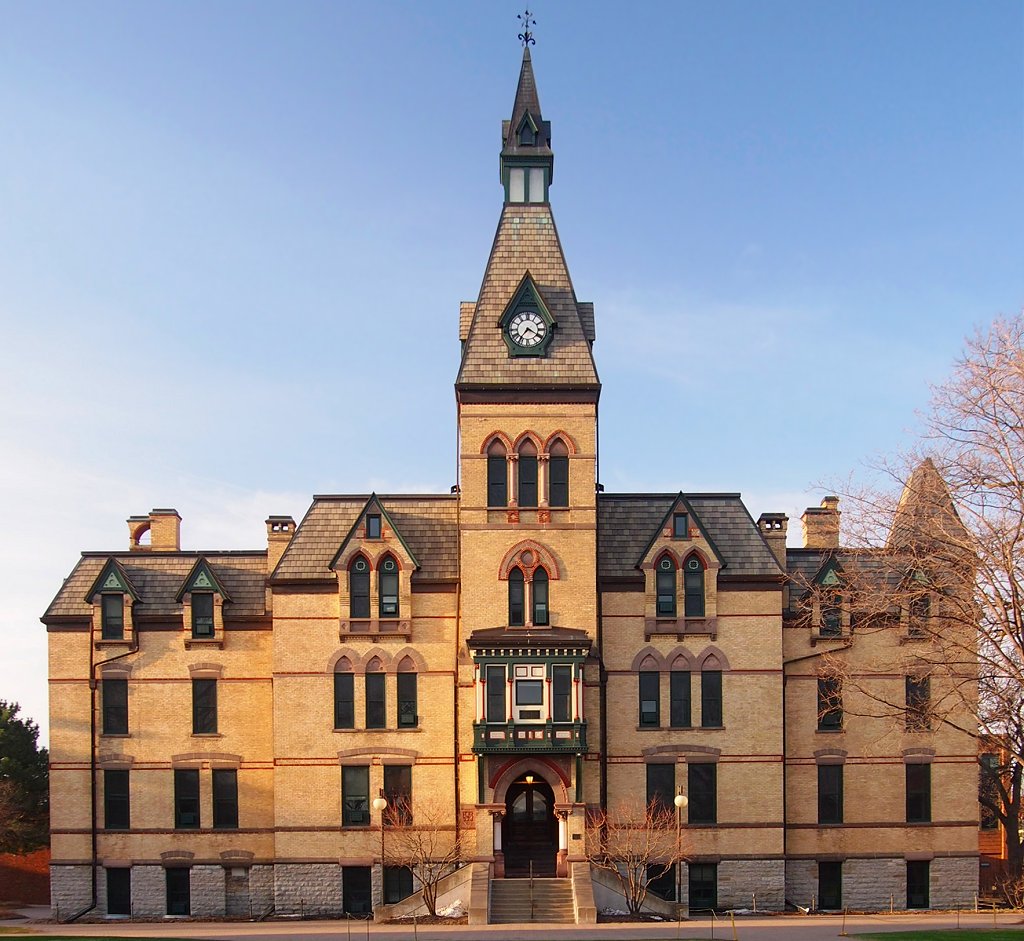 Old Main was built in 1884 and serves as the university's main administration building.