The “Red Chalet” is important as a rare example of the late nineteenth century “close to nature” movement which produced romanticized summer cottages and retreats in the wooded and lake areas on the fringes of established urban centers. In architectural design, the movement was heavily exemplified in the works of Henry Hobson Richardson, W. R. Emerson, and others. Although the designer/architect of the “Red Chalet” is unknown, the influence of Richardson is evident in its features. The excellent state of preservation and retention of design integrity further bespeaks the historic value of the “Red Chalet”, and the present owners have provided to will the cottage to the White Bear Lake Area Historical Society, thus establishing a heritage for the community through preservation of this historic structure. 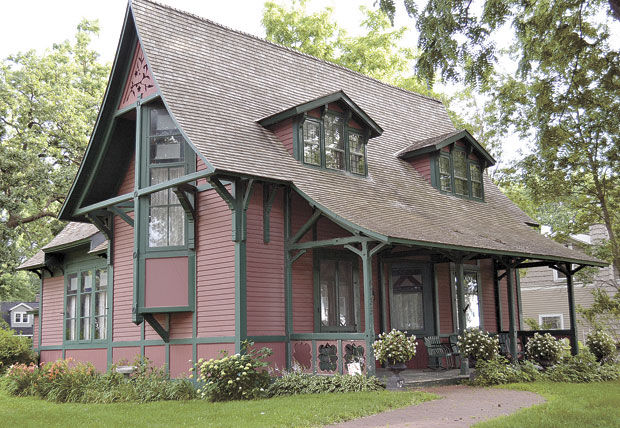 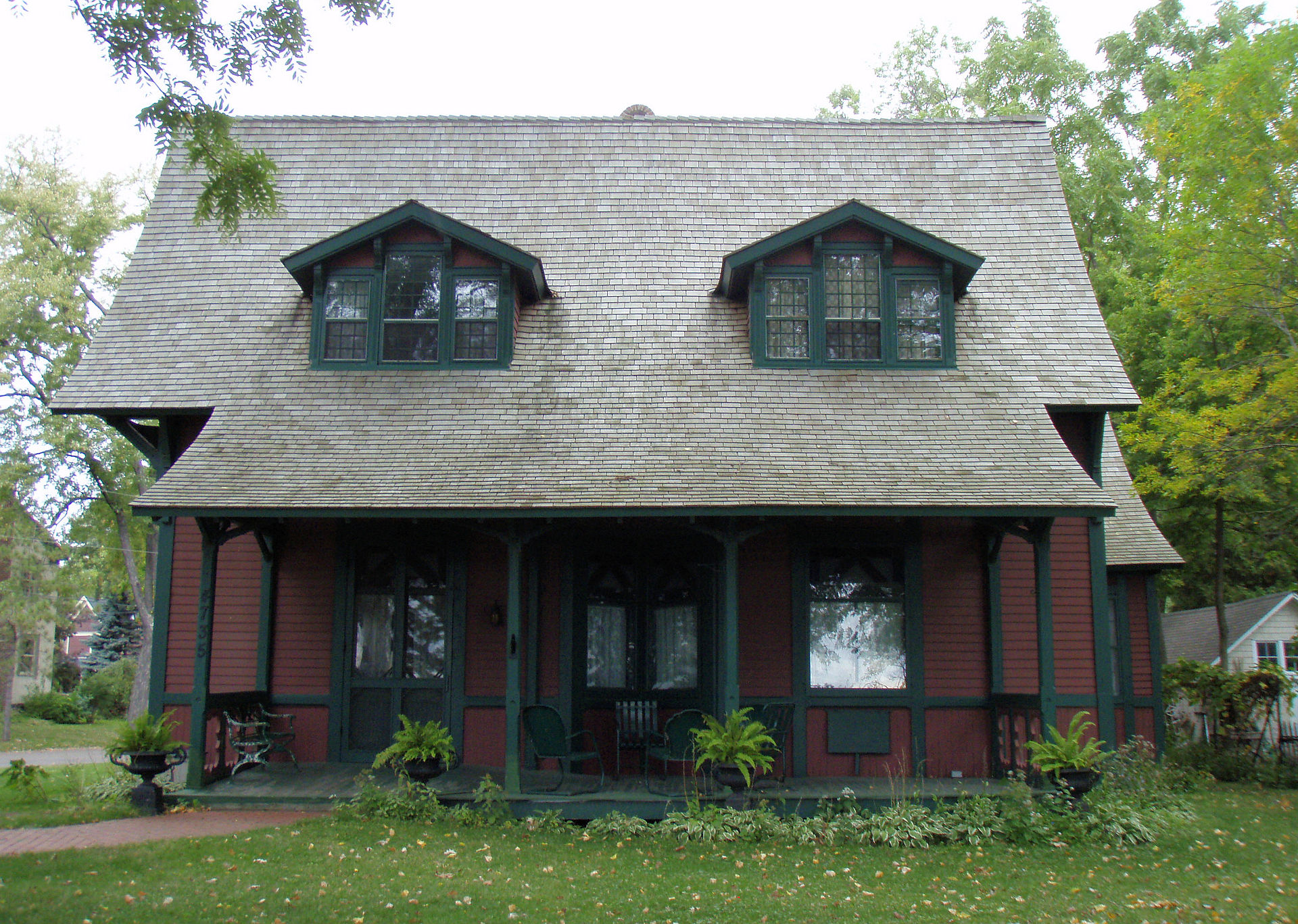 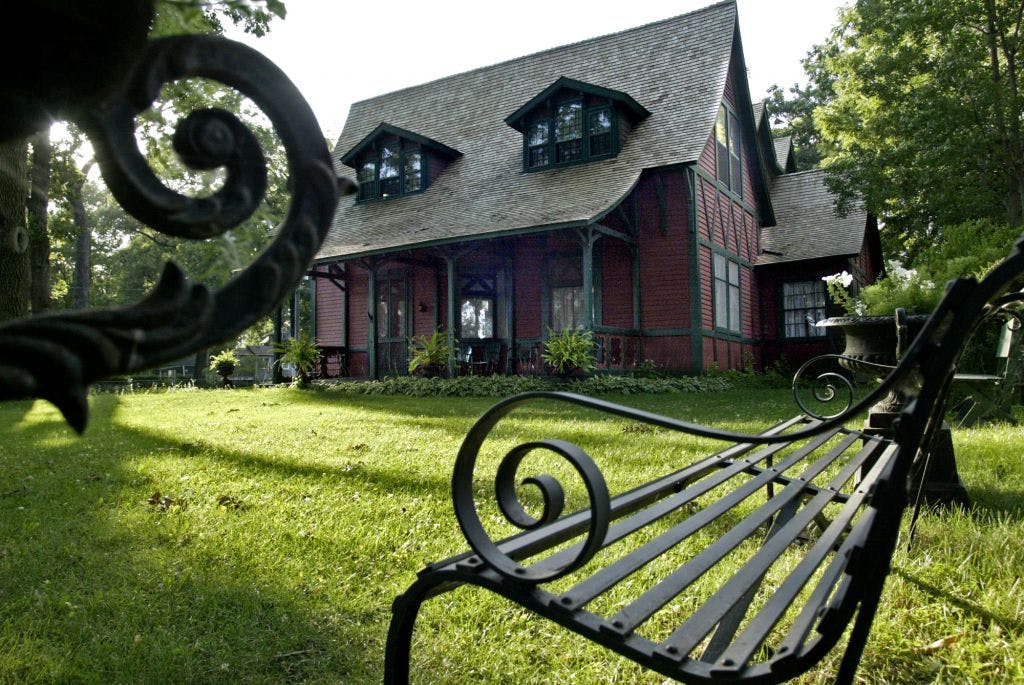 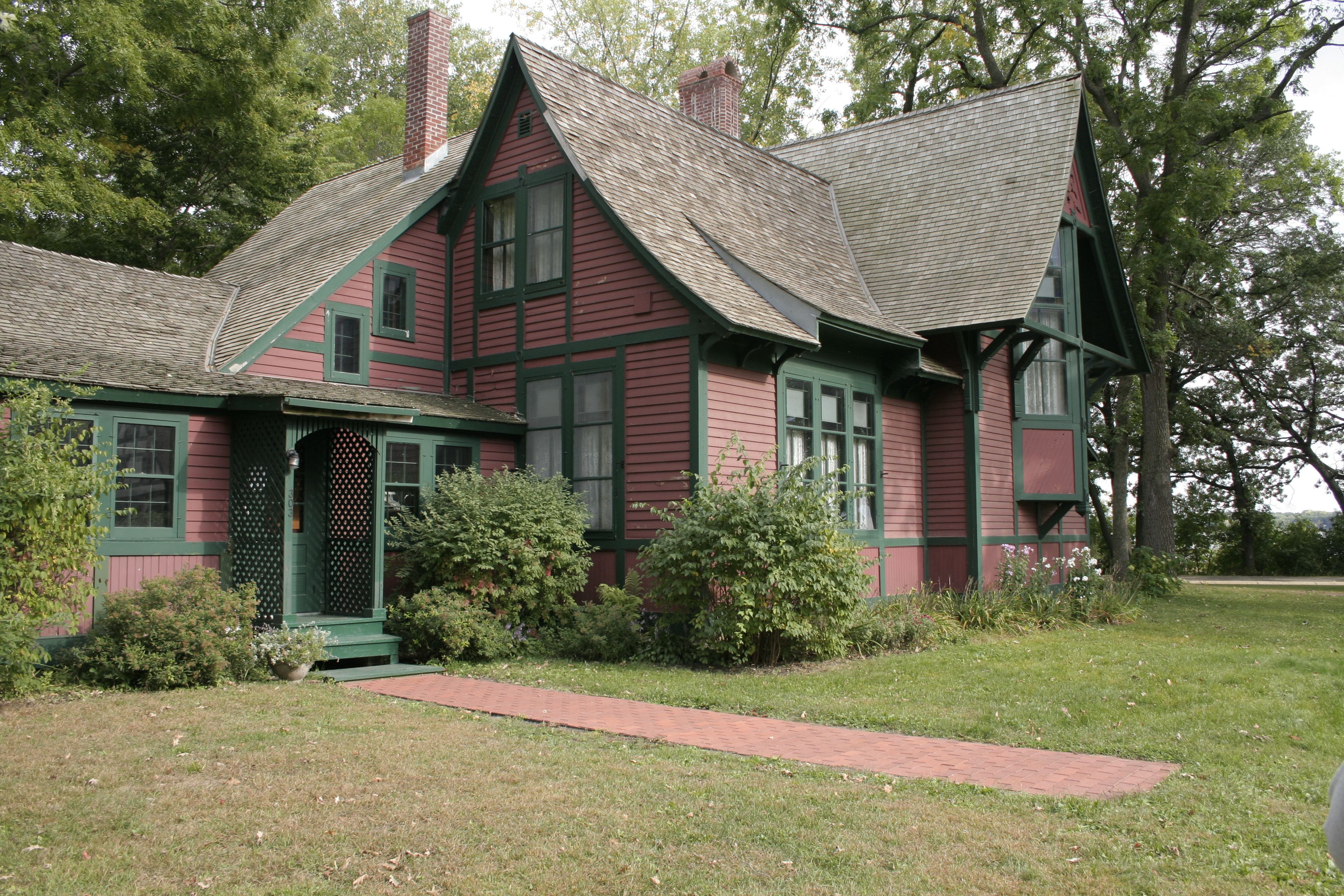 The “Red Chalet” is a clapboard cottage situated on a large corner lot at 4735 Lake Avenue in White Bear Lake, Minnesota. Directly across Lake Avenue to the east is the very lake for which the community is named. Constructed in 1879, the “Red Chalet” was designed to serve as a summer cottage. It is two stories in height, of frame construction, and is executed on a “T” plan. Stylistically, the cottage is representative of the Stick Style in its division of facades into geometric panels and in its use of pierced-work gable ornament inserted within a mock truss. Lower panels on the cottage are of vertically placed tongue-and-groove beaded planking; this planking is used in a diagonal arrangement in the projecting stair oriel within the south gable. Other panels on the cottage are of horizontal clapboard.

The roof of the cottage is designed on a catenary curve which extends from the ridge downward to cover a one-story full-front porch. The rear log of the “T” is placed perpendicular to the front forming the intersection of two catenaries; in this section, the roof line is raised slightly to provide for a three-bay window in the dining room. Transoms on these windows as in those in the oriel are stained glass in wooden frames.

The original color scheme of the cottage has been retired. Panels and gable ornament are rendered in an autumnal red with the trim executed in a sage green. Extremely few modifications have been made in the appearance of the “Red Chalet” since its original construction, the most obvious being the replacement of the cedar shingle roof with asphalt composition shingles and the addition of a one-story kitchen at the rear. This addition, however, is executed in similar façade treatment and color to the original cottage. The formerly open front porch is now screened; however, columns, brackets, and railings have been retained.

The interior of the “Red Chalet” is an excellent, and meticulously preserved, example of Stick Style décor. Motifs used on the exterior are repeated on the interior. A distinct geometry is evident in the execution of newels and balusters, window and door casements, door panel construction, and ceiling truss work. The plan consists of basically four rooms in the original section of the cottage. One enters from the front porch into a two-story sitting room with balustraded balcony, open stairway with landing in the oriel, truss work ceiling, and corner fireplace with brick hearth and spindelwork mantel. Occupying the north half of the front section is a parlor on the first floor with a bedroom directly above. To the rear of the sitting room is the original dining room which is lighted by two large sets of two and three bay windows with stained glass transoms; this room now serves as a music room and is furnished with a concert grand piano and glass-doored bookcases. Adjacent to this room is the former kitchen which now serves as a dining area and living room for the present owners who have occupied the cottage since 1906. At the rear section of the cottage, there are two bedrooms. The present kitchen is located in the one-story addition to the rear.

Tours are available by appointment during the summer. The house is also available to rent for gatherings.