Many of the first Haitians who arrived in Miami joined existing congregations, but within a few years, Haitians also organized their own churches. Eglise de Dieu Sanctifiée Haïtienne (The Haitian Church of God Sanctified) was established in 1969. The First Interdenominational Haitian Church was established two years later. The church grew rapidly and in 1976 members purchased this building. This is one of the largest Haitian churches in Miami 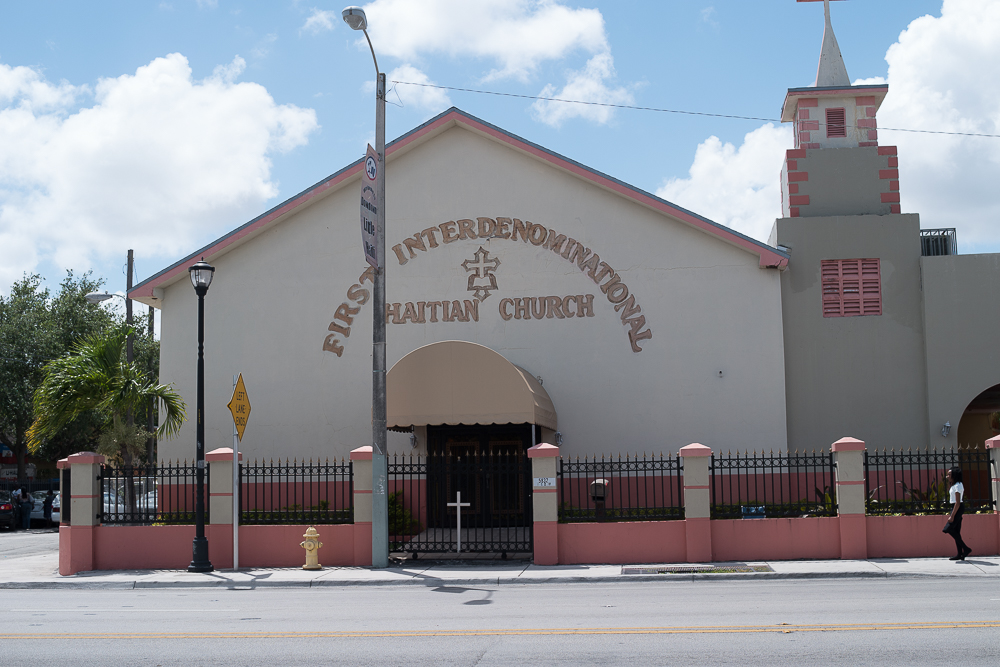 The religious sites in Little Haiti carry the burden of creating spaces for the multifaceted religious beliefs of Haitians in the diaspora. While many of these spaces mirror their purposes from the homeland, Haitians see particular changes in practice which create new narratives for Haitian Americans in Miami.

This walking tour builds on the work of Sandrine Louis-Jeune and includes a variety of sites calculated to offer a diverse view of the culture and history of Miami's Little Haiti neighborhood. Many of the entries appear in both English and Creole.