Constructed in 1905 (but not fully completed until 1914), the Church of St. Bernard is truly one of St. Paul's unique landmarks. Among the several other churches in the city, St. Bernard is unusual in that its design is a combination of the Prairie School and Art Noveau styles. It's also significant in that it was one of the first buildings constructed with steel framing in St. Paul. The use of steel enabled the architect to not include any interior columnns to support the roof. On the exterior, its distinctive features are the two towers that reach a height of 130 feet. The walls bow inward as they reach the top, creating the base of the octagonal belfries at the top. The church, which was added to the National Register of Historic Places in 1983, can accommodate 1,000 worshippers.

The Church of St. Bernard was fully completed in 1914 and is one of the earliest buildings in St. Paul to use steel framing. 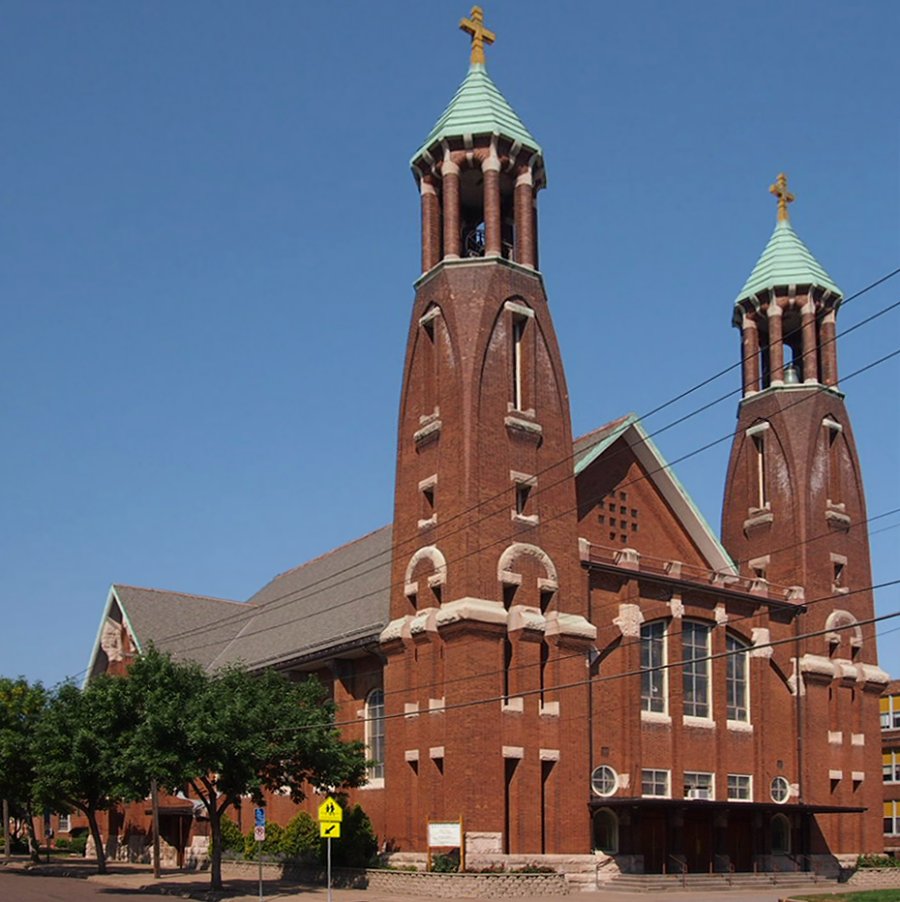 Architect John Jager (1871-1959) designed the church. He was born in what was then Yugoslavia and studied architecture under Otto Wagner in Vienna, Austria. The parish was established in 1890 and arose out of Assumption Church, which is also on the National Register of Historic Places. Some congregants of Assumption Church had to travel a long way to get to it, so the diocese decided that a new parish was needed. The current building replaced a much smaller one that became insufficient for the growing congregation. Initially, the church served Germans, Hungarians, and Austrians. Today, the congregations is comprised of people from Burma, Africa, Mexico and other places.