Near this marker, a military engagement between Union and Confederate forces occurred around Fort Anderson. Notorious Confederate General and future Grand Wizard of the Ku Klux Klan Nathan Bedford Forrest ordered his men to raid and destroy many of the buildings throughout present-day downtown Paducah. Forrest's men aborted the attempted raid on the Union garrison despite a 5-1 advantage in manpower, choosing instead to raid and destroy the town and leave before Union reinforcements could arrive. Sixty homes, the train depot, and several commercial buildings were destroyed. The Union lost forty captives and fourteen Union men were killed while the Confederates suffered several hundred casualties.

The city's flood wall murals include a history of the battle. 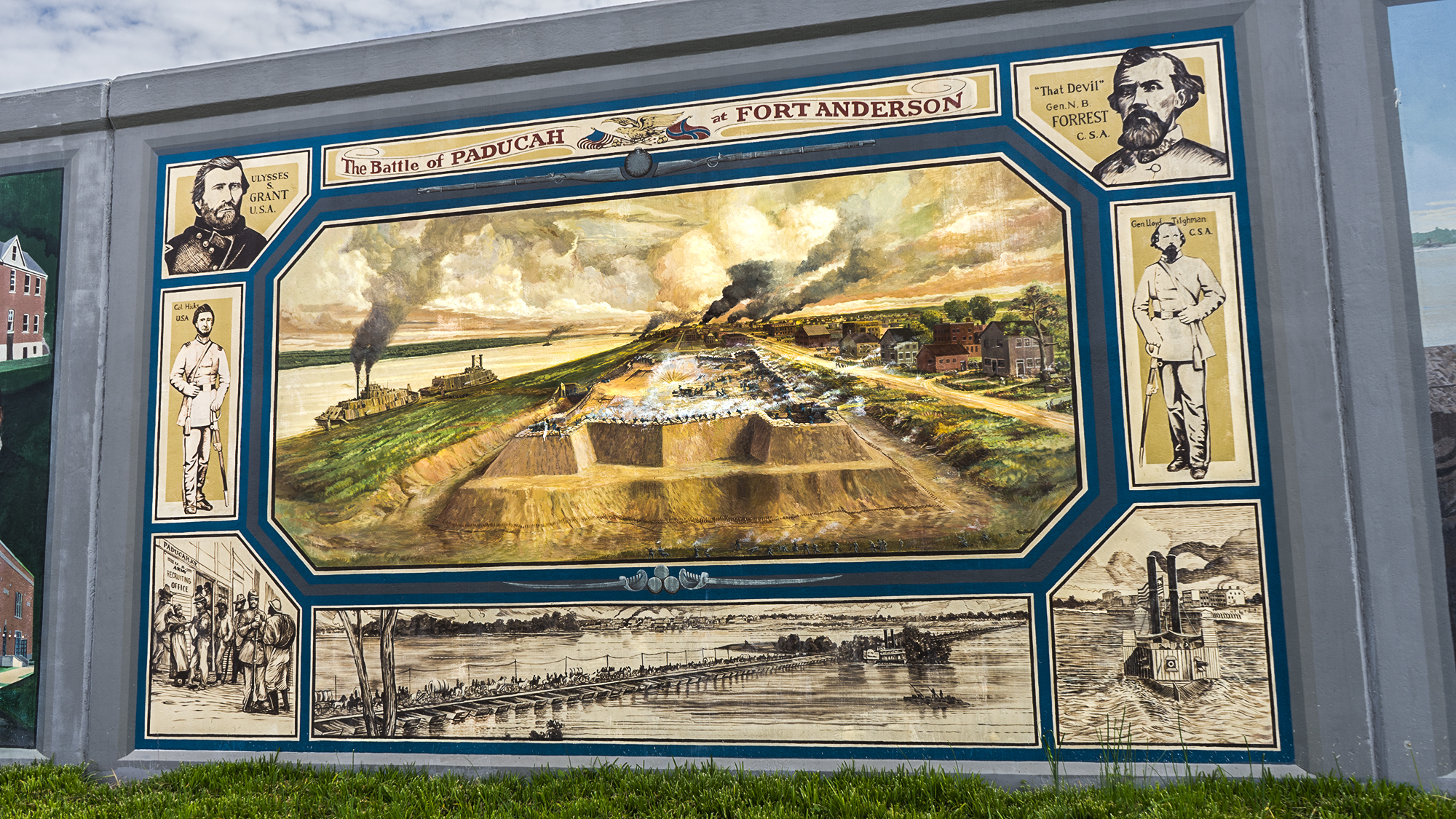 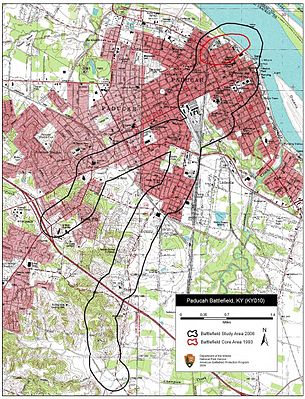 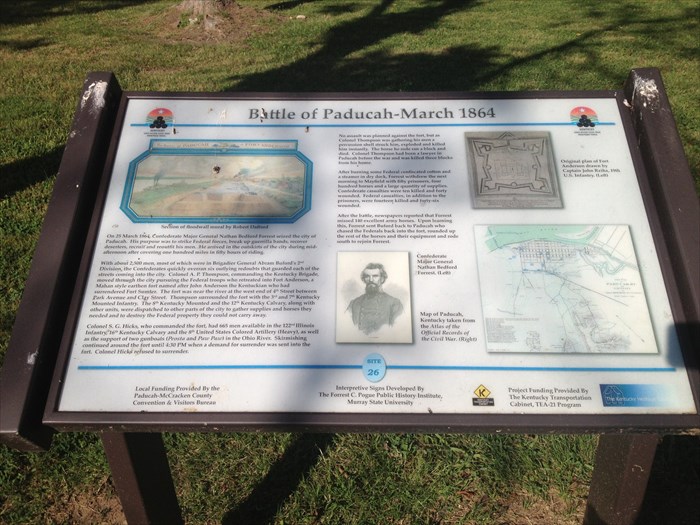 In March 1864, Confederate General Nathan Bedford Forrest led his force of about 3,000 men on a raiding expedition in Union-held territory in western Kentucky. The town of Paducah was occupied by a force of 650 men under Union General Stephen Hicks. Upon Forrest's arrival, Hick's and his men quickly retreated to the safety of Fort Anderson. While Union forces defended their position from the more safe position of this river fort, Forrest's men ransacked the town for supplies and loot. The Confederate raiders destroyed everything they couldn't take with them.

Forrest demanded that Hicks surrender himself, his men, and control of Fort Anderson. In return, Forrest promised to spare their lives and treat the Union soldiers as prisoners. This was a promise that Forrest famously failed to uphold the following month in the Fort Pillow Massacre, where he ordered his men to slaughter Black Union soldiers after they had surrendered. General Forrest's future actions are significant to consider in evaluating Hicks' refusal to surrender, as Fort Anderson was defended by an African American artillery unit that would prove instrumental in repulsing an attack by Forrest's subordinate, Colonel Albert P. Thompson.

Hicks rejected Pillow's offer and vowed to defend the fort despite being outnumbered by a 5-1 margin. Some of Forrest's men under Colonel Thompson attempted to assault the fort, but this attack was repelled and the attackers suffered disproportionate casualties owing to the Union's fortifications and artillery. Thompson, a native of Paducah, was killed by a cannonball fired by African American soldiers defending the fort. Rather than devote his full force to an attack and risk the possible reprisal but other Union forces in the area, Forrest withdrew his men and headed south.

Upon reading newspapers that reported on the battle, Forrest learned that while capturing supplies that his forces had missed around 140 horses that were hidden by Union troops. Forrest sent Brigadier General Abraham Buford back to the town and captured the horses for the Confederacy.

Though the engagement is considered a Confederate victory, it would be more accurate to call this an attack on the civilian population. With the exception of a few casualties and damage to property, the attack had little effect on the outcome of the war. Most of the buildings in the town were demolished, but residents resolved themselves to rebuilding the town and many of the buildings were reconstructed before the end of the year.