Built around 1840 by the Larimore family, the Scanlon Farm is an excellent example of a pre-industrial rural family farm. It was given its current name following its purchase in 1860 by the Scanlon family, who have retained possession of the property ever since. The humble home was the birth place and private refuge of Dr. Charles Scanlon (1869-1926), who served as the US representative to the World Temperance Conference during the terms of four presidents. The Scanlon Farm was added to the National Register of Historic Places in 1988. 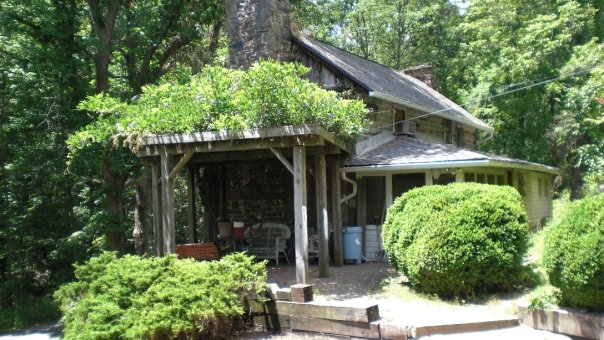 Originally built by the Larimore family in 1840, the main building of the Scanlon Farm consisted of a 1 1/2 story log house with two stone chimneys. Other buildings on the property include a privy, a smokehouse, a 2 story barn, and the ruins of an old kitchen building. The property was purchased in 1860 by the Scanlon family, from whom it got its current name.

The Scanlon family immigrated to Hampshire county from Ireland in 1850 and, following the purchase of the farm, became prominent members of the community. Dr. Charles Scanlon, born 1869, is perhaps the most well-known name associated with the property. An ardent supporter of the Prohibition movement, he served as the US representative to the World Temperance Conference under Presidents Theodore Roosevelt (1909), William Taft (1911), Woodrow Wilson (1913), and Warren Harding (1921). During this time, he would often retreat to the Scanlon Farm for privacy.

The farm has remained in the Scanlon family's possession to the present day and remains a pristine example of a pre-industrial rural family farm. It was added to the National Register of Historic Places in 1988.