The structure is a memorial to the residents of Pullman who died in World War I, World War II, the Korean Conflict, and the Viet Nam War. It is in the shape of an obelisk around twenty feet high. It has three metal plaques attached to the metal obelisk, the first with an eagle and design along each side with the names of nine dead from World War I and 25 from World War II. The second plaque, which is smaller, has the name of one person who died in Korea. The third plaque, of plain design, has the names of four men who died in Viet Nam. The small memorial grounds include a flag pole flying the national flag. 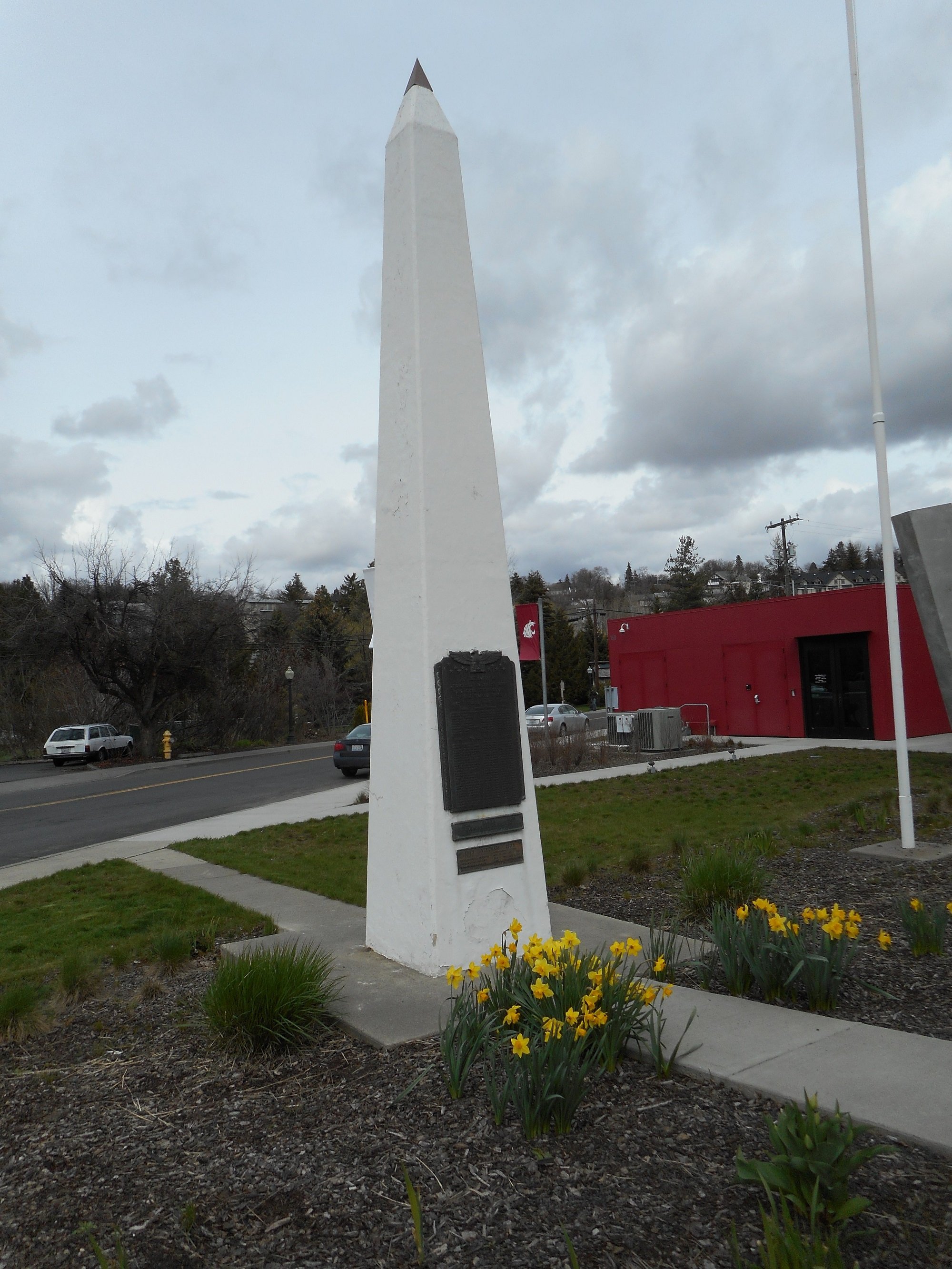 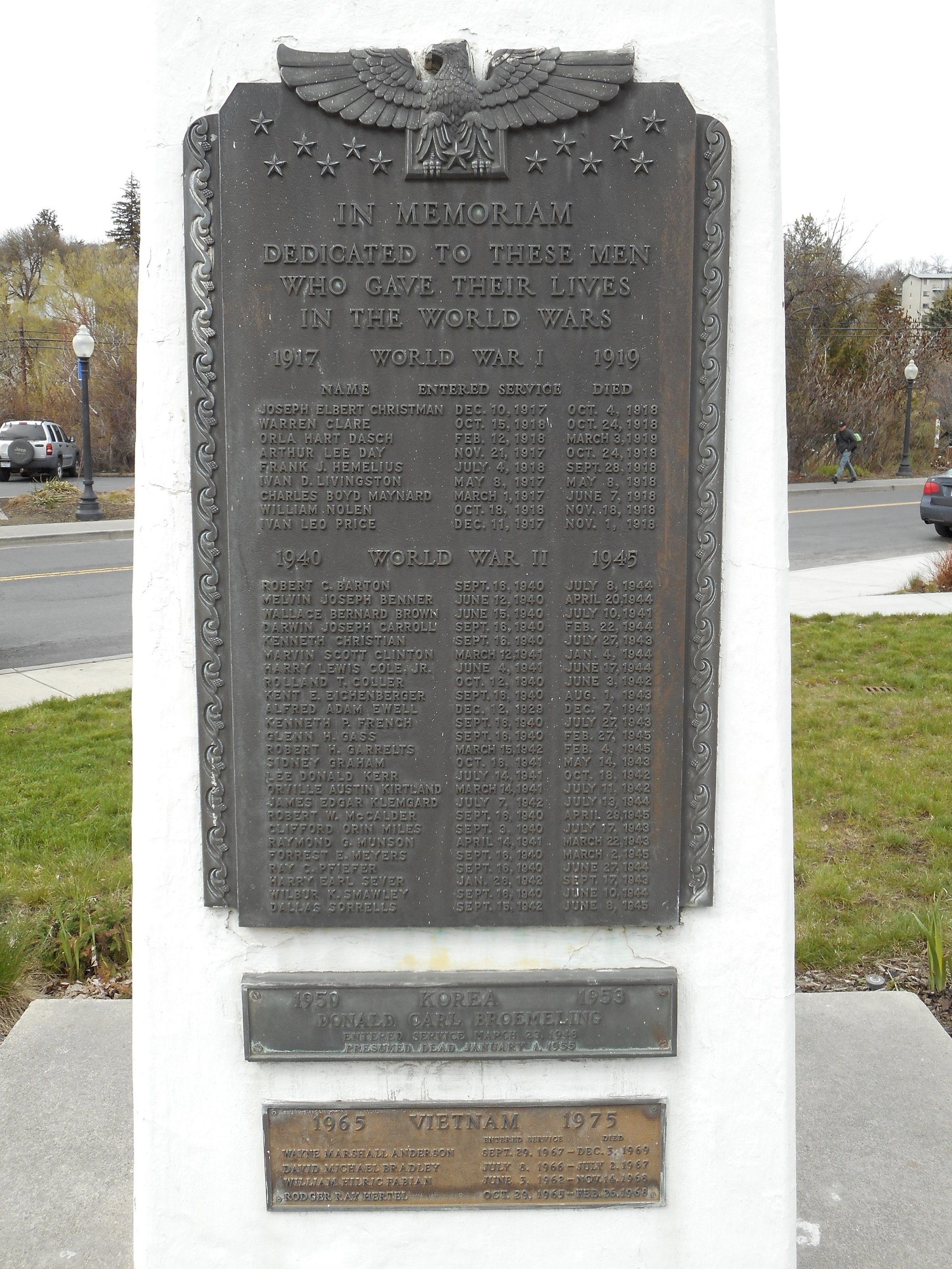 This structure has symbolized the city's respect for men who have died in the nation's recent wars since its dedication on May 30, 1950 (Memorial Day).  The sense of history was made clear by the dedication address delivered by Charles Homer Johnson, a World War I veteran who had been commander of the National Guard Company E, 161st Infantry until his retirement.  The community donated about $1,000 for its construction, various businesses donated materials, and several community members donated time in the course of building and installing the memorial.  It has stood since 1950 as the single most important war memorial in the city.

The memorial was probably built in about 1920.  Local records reveal nothing about the memorial until its dedication in 1950 at which time people who had lived in the city for many years said that it had been on the spot for a long time.

The memorial is included in the City of Pullman's Register of Historic Places.