Built in 1917, the Suffield Blimp Hangar at Wingfoot Lake is the oldest airship facility, and one of the oldest active airship bases in the world. It is a maintenance and construction facility for Goodyear's blimp fleet, but it' is also the home of Goodyear's semi-rigid airship, Wingfoot Three. Because of its importance to the history of lighter-than-air craft, aviation in general, and World War I and World War II, it was awarded on Ohio state historical marker in 2018. Goodyear bought the property and lake in 1916; the lake was intended to provide water for tire manufacturing in Akron, while the hangar would be used to build airships for the U.S. Army and U.S. Navy. Goodyear still owns the facility. 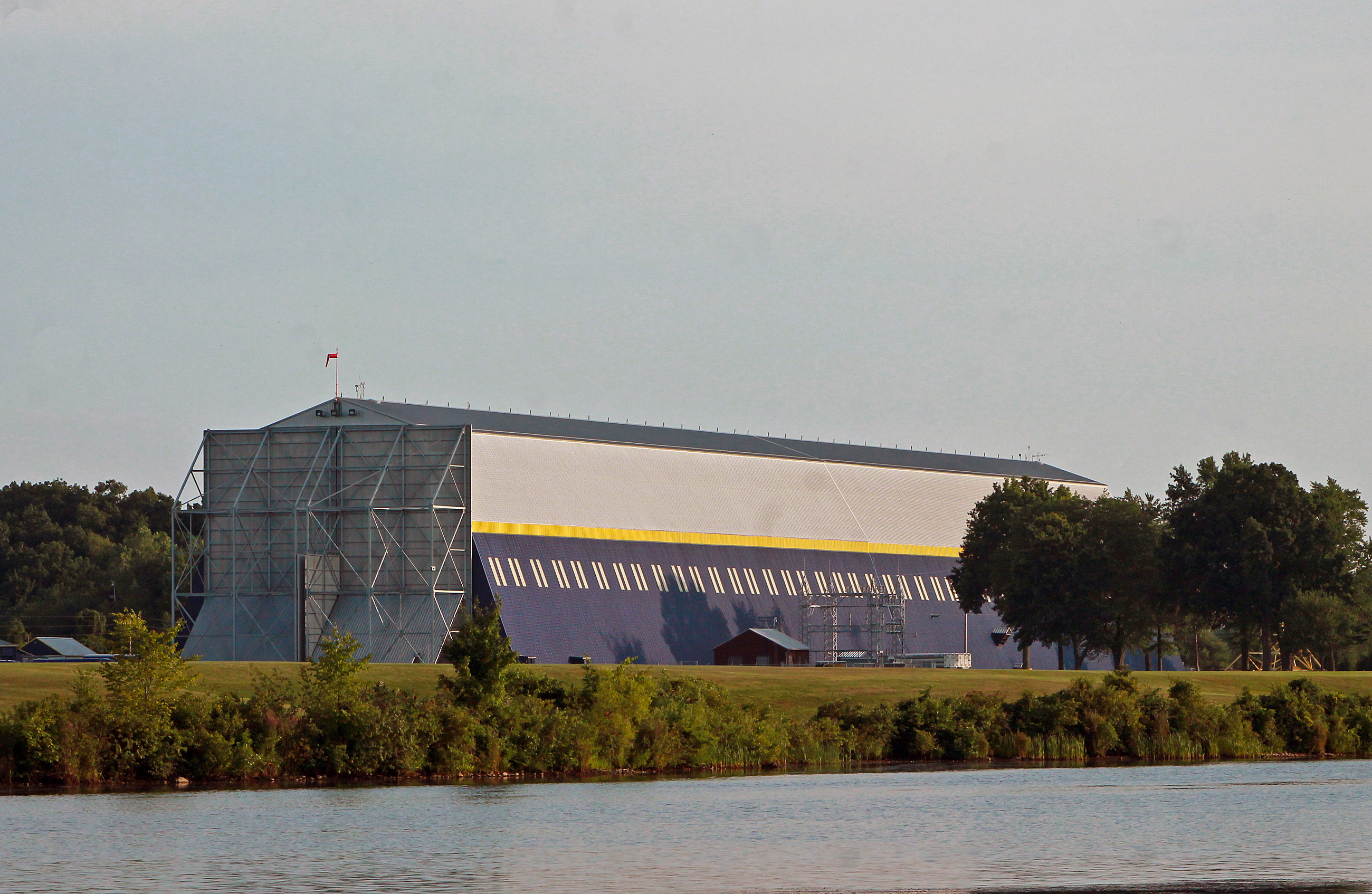 In 1898, Goodyear Tire and Rubber Company began operations. It was founded by Frank A. Seiberling in East Akron on the banks of the Little Cuyahoga River. The company started out making tires for carriages, bikes and other small items. In 1901, Goodyear Tires make their racing appearance when Seiberling offered Henry Ford tires to get started in racing. The company continued to grow opening factories in both Canada and London and in 1926 they achieved the status of the world's largest tire and rubber company. The first Goodyear blimp to make its appearance was in 1912 and since 1925 they have been a figure commonly seen in the skies.

In the 1930s, Goodyear built two large airships for the Navy both of which were lost within two years of being put into service. In the 1940s and 1950s, a series of large surveillance airships were built and were used to protect merchant fleets along the coast. Throughout the history of the country over 300 airships have been built and operated since 1917 and among these 300 were two large rigid airships the U.S.S. Macon and the U.S.S. Akron. Three airships are currently in operation and make appearances regularly throughout the country. The Spirit of America is located in Carson California, the Spirit of Innovation is in Pompano Beach Florida and the Spirit of Goodyear was formerly housed at its base in Suffield Ohio located not far from Akron.

The Spirit of Goodyear has been retired and is now located in Florida along with the Spirit of Innovation. The empty hangar located in Suffield is now being used to create the new fleet of Goodyear Airships that will be state of the art. These new technology blimps will be the first semi-rigid airships to be built within the 95 year history of the Wingfoot Lake Hangar in Suffield.

While the Wingfoot Lake Hangar is the smaller of the two located in the Akron area, it is worth a drive into the Northeastern Ohio countryside to see the location where history is currently being made. It is located conveniently a short distance from Akron, Kent, and the small formerly Amish community of Hartville. Visits are available into the hangar but arrangements have to be made beforehand unless it is an event open to the public. For more information there are multiple sites to visit.