Rocky Mount is a living history museum located at the homestead of William Cobb, an early settler who arrived in the region in 1770. During the Revolutionary War, Cobb helped to supply the local patriots with gunpowder, horses, and food on their way to the Battle of King's Mountain. After the establishment of the United States, the region became known as the Southwest Territory. Settlers in the area attempted to create the state of Franklin, but this action was never recognized by the US government and the area became part of Tennessee. Today, Cobb's claim is a state historic site administered cooperatively by the Rocky Mount Historical Association and the Tennessee Historical Commission.

The log house has been modernized at several times, but much of the original structure remains. 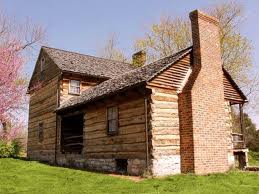 Pauline DeFriece, a member of the family that owned the land in the 1950s, believed that the building should be preserved by the state and operated as a museum. Her efforts and the support of preservationists inspired the state to purchase of Rocky Mount. The site opened to the public in 1962. With continued support, the museum and site has achieved accreditation by the American Alliance of Museums (AAM), the highest national recognition for a museum. The site also has grown to include a local history and genealogy library.