The “Stonewall” Jackson Shrine is located in the Fredericksburg & Spotsylvania National Military Park in Fredericksburg, Virginia. Visitors can step back into time and visit four major battlefields that took place during the Civil War era. Within the park are two visitor centers for individuals to stop in to get information about the park and historical sites. The “Stonewall” Jackson Shrine is just one out of the many historic sites to visit within the park. The national park contains many historic battlefields, manors, and national cemeteries. There are many exciting sites and trails for visitors that visit the Fredericksburg & Spotsylvania National Military Park. 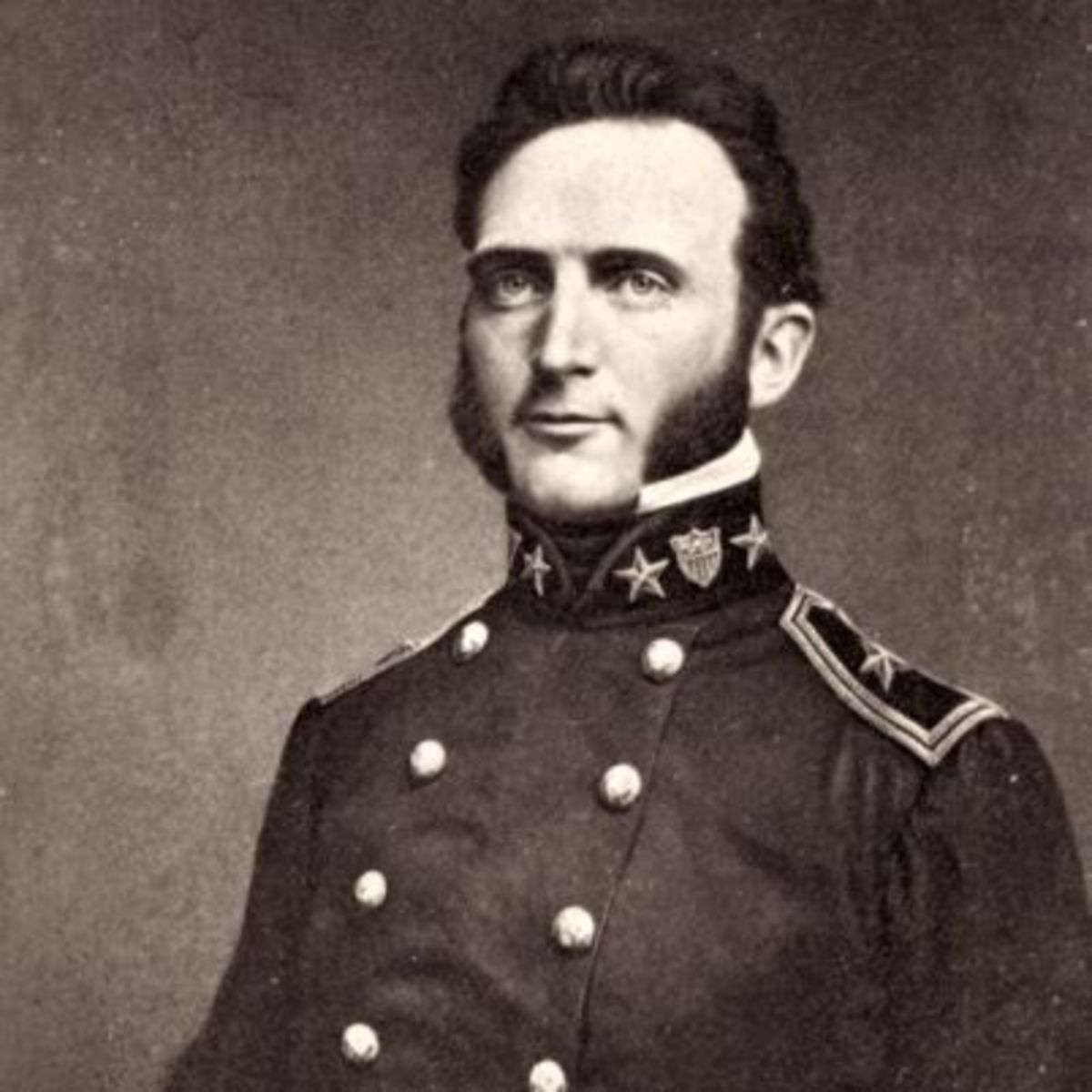 Where the "Stonewall" Jackson Shrine is located on the map 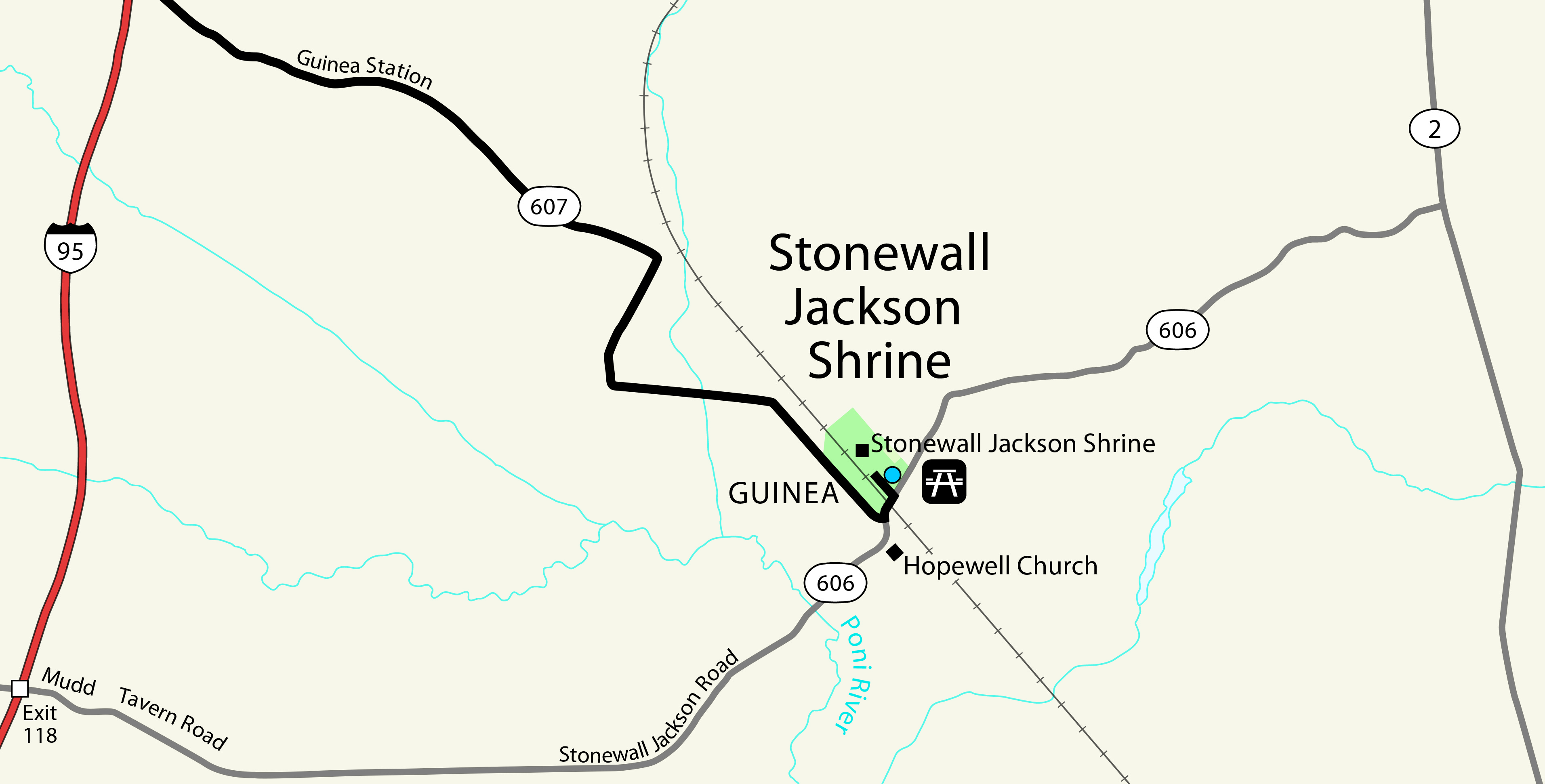 Historic marker outside of the "Stonewall" Jackson Shrine 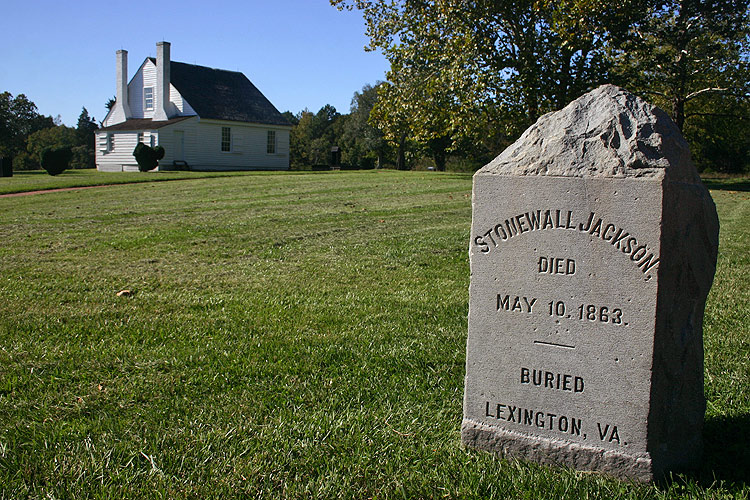 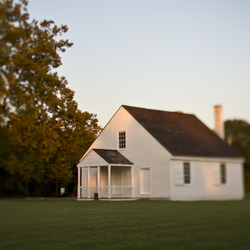 Historic marker where the Battle of Chancellorsville took place 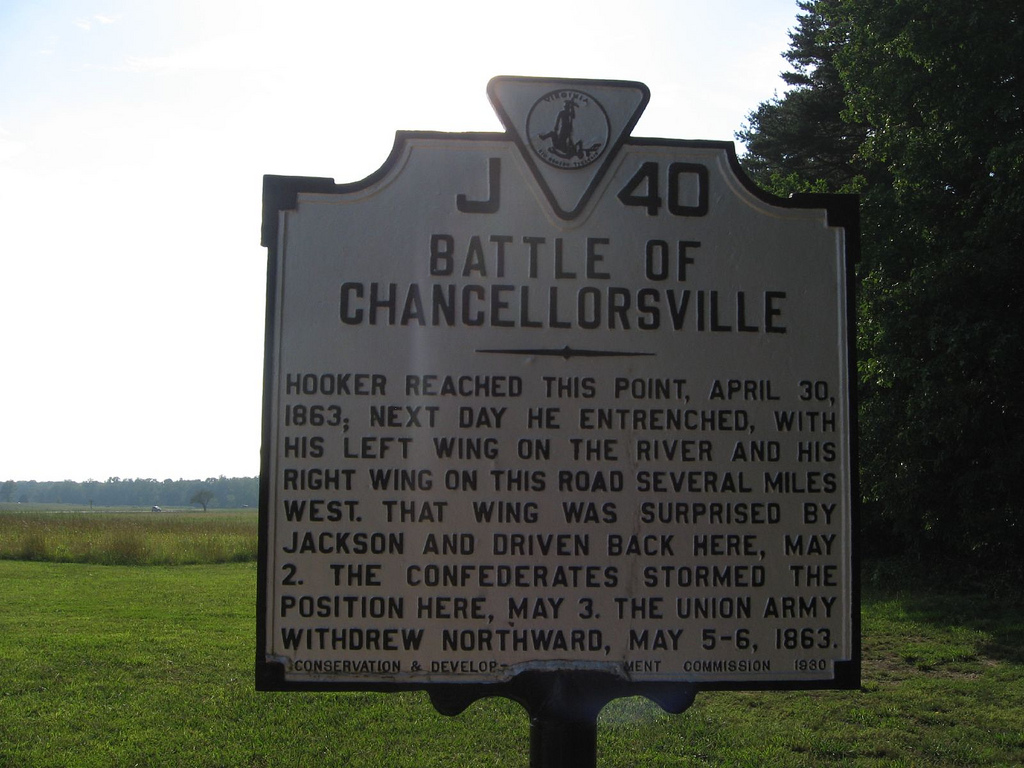 The “Stonewall” Jackson Shrine is located at the plantation where General Jackson passed away in 1863. The office building is one of the only structures remaining on the former Thomas C. Chandler plantation. The National Park Service has worked diligently to augment some of the items used during his stay along with other pieces from that time era. They have tried to recreate the scene of the tragic last few days of Thomas. J. Jackson’s life.

Thomas J. Jackson is widely-regarded as a skilled military leader who demonstrated courage under fire on several occasions during the Civil War. Jackson was born on January 21, 1824 in Clarksburg, West Virginia. His father, Jonathan Jackson, died of typhoid fever when Jackson was young, leaving his mother with three children. When his mother remarried, Thomas Jackson and his siblings were sent off to live with relatives because their stepfather despised them. Jackson’s uncle ended up raising him in a small town called Jackson’s Mill in Virginia, which is now present-day West Virginia.

Jackson graduated in 1846 from the U.S. Military Academy at West Point, New York where he later went on to fight in the Mexican War (1846-1848). He learned quite a bit during the Mexican War that later came in handy during the Civil War nearly a decade later. Thomas J. Jackson earned the nickname “Stonewall” during the Eastern Theater (1861-1863) when he made courageous stand against the Union army that caused them to retreat back to Washington. It was in the First Battle of Bull Run that Jackson and his men rushed in to close a gap in the line against the Union attack.

In Spring of 1862, the Confederate army put Jackson in charge of taking on the task of defending western Virginia from an Union invasion. He became the South’s first great war hero by preventing the North from taking the capital of Richmond, Virginia even though the odds were against him. Stonewall Jackson later joined Robert E. Lee’s army and played very important roles in the Second Battle of Bull Run, Battle of Antietam, Battle of Fredericksburg, and the Battle of Chancellorsville. The Battle of Chancellorsville would be the last battle for Thomas J. Jackson. The famous Thomas J. Jackson was mistakenly shot at by his own men and later died on May 10, 1863.

**Hours of operation vary by season and building. Park buildings are closed on New Year's Day, Thanksgiving Day, and Christmas Day. Stonewall Jackson Shrine is open daily from 9:00AM to 5:00PM