Delaware is known as “The First State” because its General Assembly was the first to ratify the U.S. Constitution. The state’s first capital was in New Castle but moved to Dover during the American Revolution. Today, Delaware’s General Assembly is housed in Legislative Hall located downtown in Capital Square. The building is open to the public and available for guided tours year round.

Legislative Hall is home to the Delaware General Assembly. 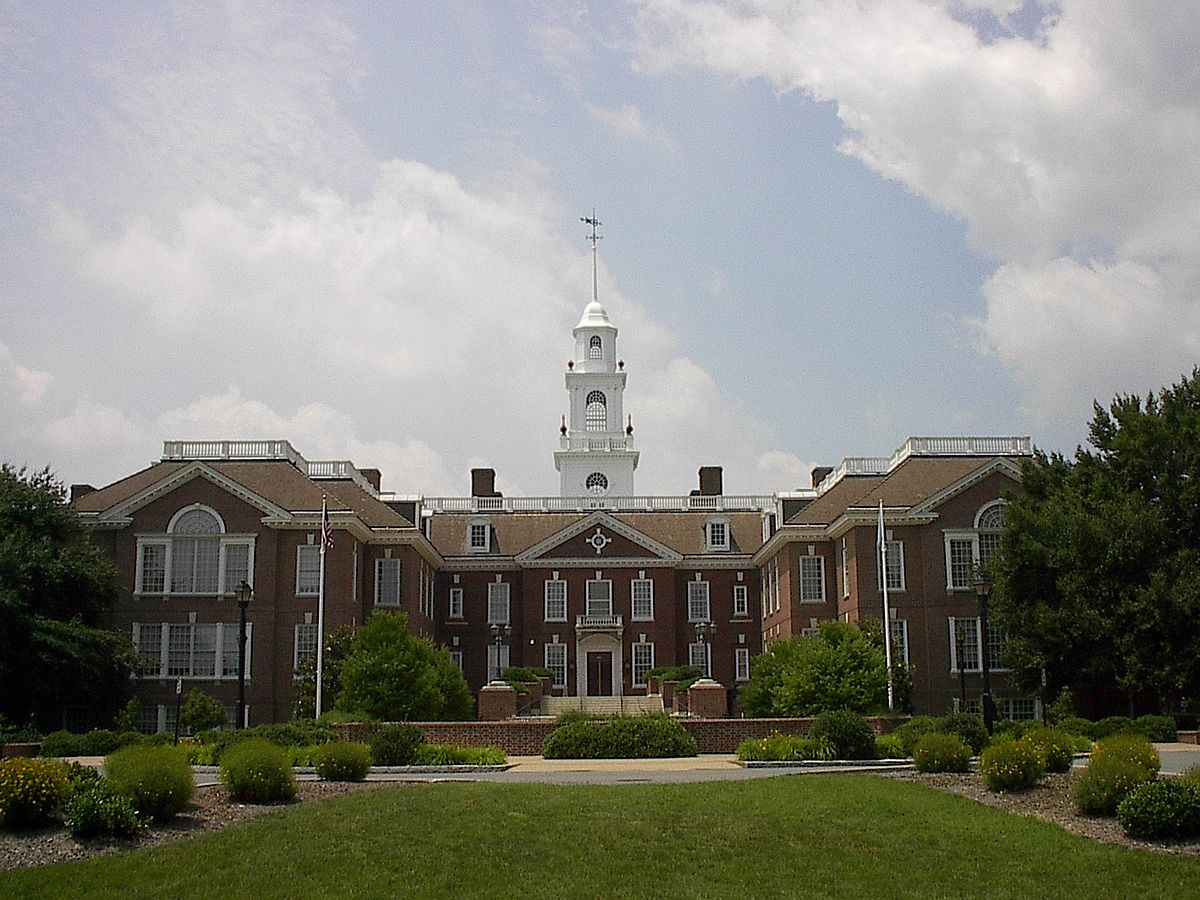 The building, designed by Architect E. William Martin, was dedicated in 1933. It is a Georgian Revival colonial structure of handmade brick. From 1965 to 1970 additions of the North and South wings took place. These wings were designed by George Fletcher Bennet. This allowed each legislator to have an office.

Further additions were built in 1994 with wings added to the east side of the building. This section was designed by The Architect Studio. The interior was fully renovated in the mid 1990s and featured refurbishment of both chambers, the lobby, cafeteria and many offices.

In addition to the Senate and House of Representatives, the building also houses the Division of Research and the Office of the Controller General. The Governor and Lt. Governor also have office space to use while the General Assembly is in session.

See the colonial style architecture and learn about the history of Dover's Capitol on this incredible walking tour that will take you to several of the museums in the area!