Constructed in 1888 and located in San Diego's historic Gaslamp District, this Romanesque Revival Style building has maintained its original appearance, sans the five more modern fire escapes. The building is named after Thomas Nesmith and Major General Adolphus Washington Greeley. The former was president of the Bank of San Diego and the Citizen’s Committee of 40 (established in 1870), while the latter was an Army officer stationed in the area. A building designed to house politicians and businessmen and their offices, one other prominent tenant was Clara Shortridge Foltz, the first woman attorney admitted to the California Bar Association. Today it holds office buildings and a bar & grill.

Historic plaque found on the building 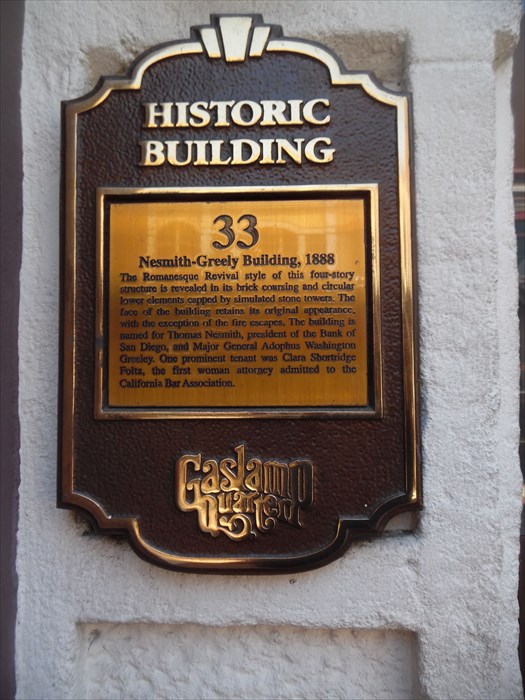 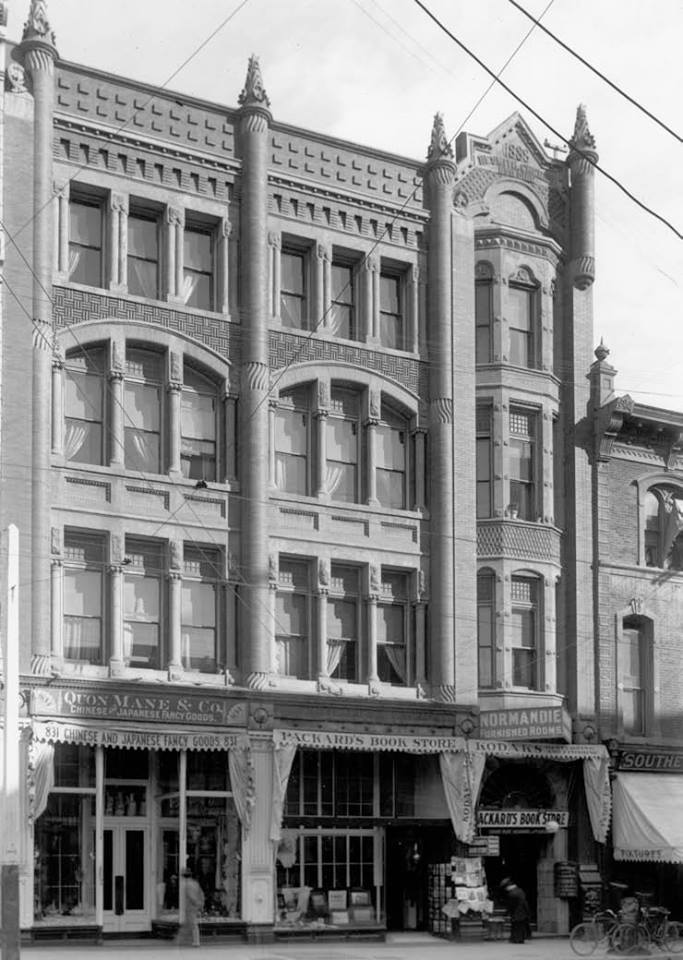 Nesmith-Greely Building as it looks today 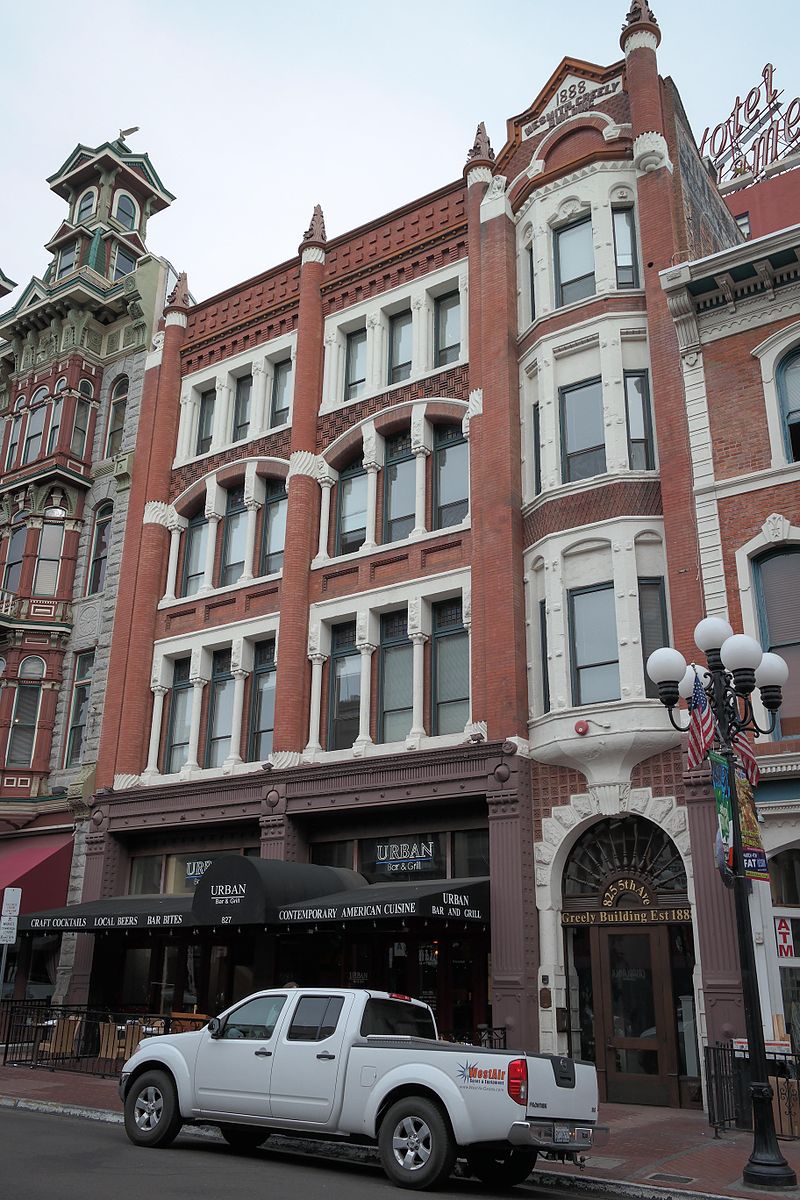 The historic plaque found on the building states the following:

"33 Nesmith-Greely Building, 1888. The Romanesque Revival style of this four-story structure is revealed in its brick coursing and circular lower elements capped by simulated stone towers. The face of the building retains its original appearance, with the exception of the fire escapes. The building is named for Thomas Nesmith, President of the Bank of San Diego, and Major General Adolphus Washington Greely. One prominent tenant was Clara Shortridge Foltz, the first woman attorney admitted to the California Bar Association."